Meetings in Cambridge and a scenic trip home

Thursday, 22nd March 2012: It was another fine day in Cambridge, lots of sun and blue skies and although the temperatures were below freezing over night by mid afternoon it reached 17.7C. With weather like that you can’t complain. Well I suppose you can – we have a drought – but you can’t win them all.

I had to be in Cambridge all afternoon giving a presentation, well between 2pm and 5pm, which meant it was pleasantly warm when I set off. Although my timing did not allow for too much delay as I wanted to be able to cycle at a moderate pace in order to stay calm, cool and collected. I did cycle at a moderate pace, unfortunately my plan was thwarted as the room is was presenting in had nor cooling and the windows had to be kept closed because of traffic noise.

I did take a couple of pictures on the way in, at a picturesque point on the journey alongside the River Cam. This Willow looks as though it has had its fringe cut. 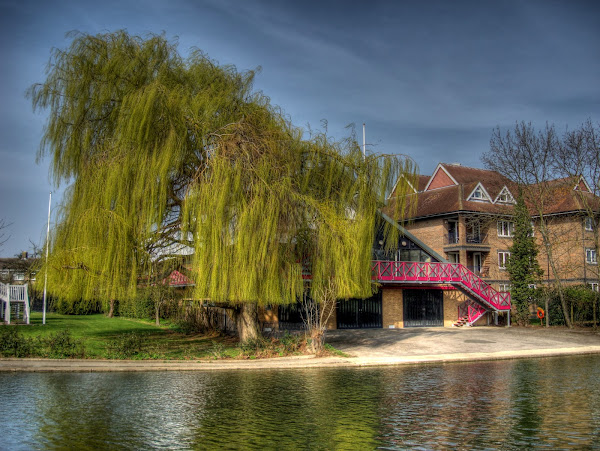 At the same spot as the last picture – but looking the other way Cutter Ferry Bridge. The cattle grid/gate arrangement is not the most cycle friendly – it only allows one cyclist through at a time and quite often pedestrians will use it and or block it.  It is quite narrow as well. 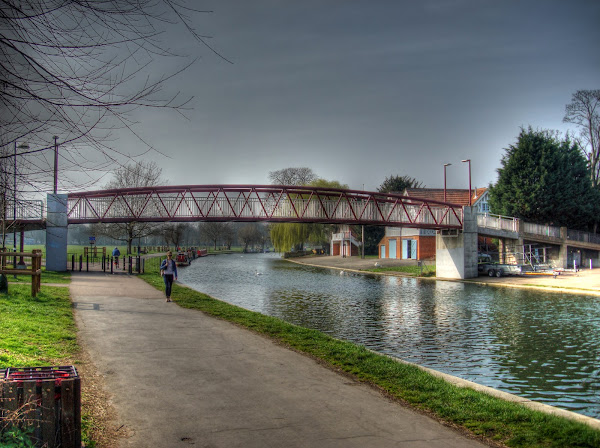 I took a scenic route home, although again I did not have much time for cycling and picture-taking, but the sky was dramatic enough to force me to stop.  As routes home it was reasonably convoluted. But not as much the the Cottenham Cyclist’s Childerley Hall route – now there is a route home – respect. It is a route worth cycling along though.

It does amuse me to see people drive to Gym’s in the evening to get their exercise when a cycle ride home from work would do the trick for most people. 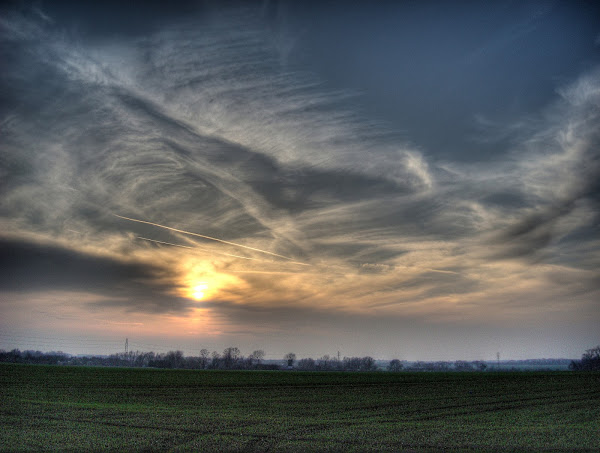 There seem to be quite a few planes in the sky as well. 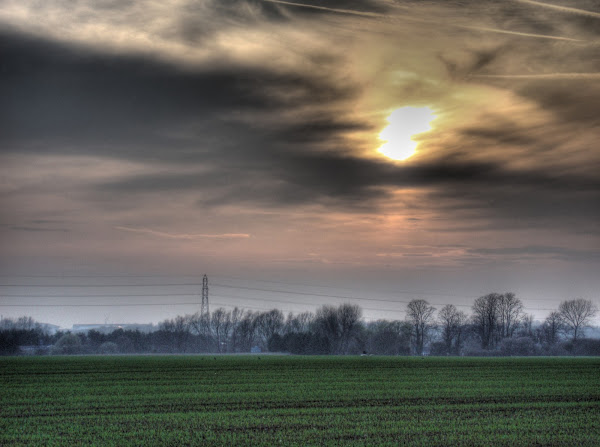 And finally – we have been enjoying even better weather since the pictures were taken – but snow at Easter. We might need some warmth – although not from volcanoes. I also had to link to these amazing pictures of the Milky Way that took 10 years to create.