Late last night I was trying to catch up on my Posts - when you are a cyclist of a limited brain it gets quite hard trying to work out what happened a few days ago, even when you have the pictures to remind you what happened.

So yesterday was going to be a 2 Post day, I finished the Post and "Published" it and went off to watch Spooks on BBC1. Unfortunately when I checked to make sure it was OK what had happened is that all the text had been posted and boxes where the pictures were supposed to be. Which was somewhat ironic since the Post title ended with "this time with pictures". So I set the Post to draft although some of you might have seen it as it was around for a while

This morning I re-started Zoundry and re-published the Post, this time around the status box indicated that the Pictures were being uploaded - phew. NOT. I got on with some work only to find that the upload had failed part way through. So I resorted to Plan B and uploaded the relevant pictures directly from Picasa and then edited them into the XHTML directly. You might have noticed that some picture borders are teal coloured and some are not. I generally use the teal border colour when I have had to edit the links in by hand - just to remind myself that there have been issues. It is tedious but not too bad - I have to do a bit of resizing and renaming but it is a fairly mechanical task.

I then got some work stuff done - but it bugs me when I have problems - my gut feeling is that the way in which Zoundry associates the pictures from the store on my hard drive and the PicasaWeb store struggles to deal with my fairly picture intensive approach. According to Zoundry I have Posted 4,268 images, not including the ones in this Post. (I haven't put any in yet - but I will do to ensure that everything works once again.

What I find is that it takes longer and longer for Zoundry to start up and the place is stalls is when it gets to the media-store bit. So my workaround is to create a new Zoundry account and Picasa Web album. This means re-entering various names and passwords for both the Blog identity and the PicasaWeb store identity. Zoundry then goes and grabs the data - which doesn't take long as I don't think it does anything other than link to the pictures on PicasaWeb and Bob's your uncle - I hope. According to the download synchronisation there are 437 Posts with 2,991 links and 4,268 images.

So here is a picture: Some Japanese cyclists unfolding their Brompton bicycles in Kyoto Station, Japan. 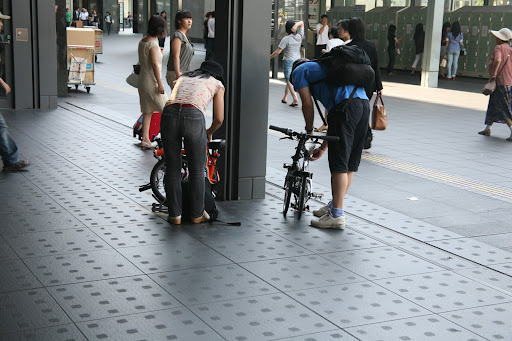 For good measure here is another: Lanterns at the Meiji Shrine - Yoyogi Park, Tokyo 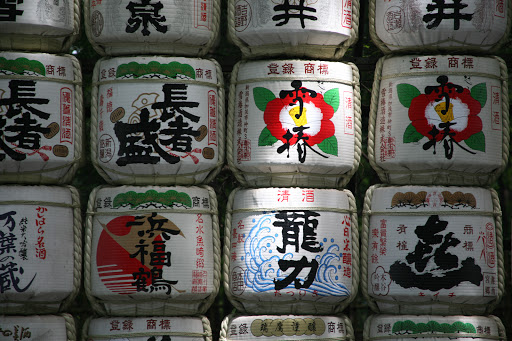 Hopefully this is going to work! (Mind you if you read it, it will have.) Actually I posted as a Draft post and check it out - there were some font/font colour problems, but the pictures were ok.