What is a cyclist worth?

At the moment there seems to be nothing but tragedy on the roads. It has been a black time.  There have been 5 (UPDATE NOW 6) cyclists killed on the roads in London with Boris Johnson reported as saying that risk-taking cyclists are often to blame! Sadly another cyclist has been killed in Camberwell.  Victim blaming from the top and who cycles.

Even worse, although it perhaps doesn’t attract the same press attention there are cyclists also being killed elsewhere in the UK (as noted on the Road Justice website).

As a regular road user (cyclist, bus passenger and car driver/passenger) I find myself horrified that the loss of human life can be treated so casually. Even worse is the victim blaming that takes place, both directly and indirectly, towards cyclists – wear helmets, wear high-viz, don’t cycle on pavements – unless we tell you to, use lights… Apparently on Monday “Police Targeting Cyclists Who Break The Law” in Central London were stopping cyclists who weren’t wearing helmets to advise them to take safety more seriously. At the same time they stopped 20 HGVs and 60 offences were found to be committed.

They were advising cyclists against wearing headphone – I wonder if they were advising motorists not to listen to the radio or CD player as well? Yet at the same time we have the laws of the land being bent all the time.

A: When it is a speed limit!

The current ACPO Speed Enforcement Policy has a range of tolerances for speeders (Section 9). Where the limit is 30mph, apparently the measurement tolerance (device tolerance) is 32mph and a Speed Awareness Course (SAC) would be offered from 52mph to 42mph. The relevant numbers for 60mph are – device tolerance  62mph, SAC 68mph to 75mph. You might ask what happens for 20mph limits – well a fixed penalty is not currently issued and a summons would be appropriate for greater than 40mph.

For some strange reason 20mph limits have a section to themselves – Section 11. Which, paraphrasing basically says there should be a whole package of measures to manage speeds otherwise you would get lots of offenders and that would expose vulnerable road users to speeders. (Read the section – it does sound a bit like doublespeak). |Clear not the fault of the poor drivers.

I wonder what the ACPO guidelines might have said in the case of the shop manager who was arrested, held in a call and take to course for riding a bike without lights.  Fortunately the Senior Crown Prosecutor recognised the absurdity and asked the courts to withdraw it, which they did.

The time has come to recognise that these were just people going about their lives, using a bicycle. Not Lycra Louts, not MAMILS, not red-light jumpers – but people. Read the Highway Code – cyclists are like pedestrians, they are vulnerable road-users.  It is about time we prioritised the safety of those vulnerable road users.

That means prioritising the needs of cyclists and pedestrians, spending money on their needs. Not like this council – which spends £50,000 a year driving pupils 800m in minibuses rather than build a footpath along a dangerous road. Apparently the cost of the pavement would be £100,000.  So the breakeven time would be two years.  Apparently the design life of a pavement would typically be twenty years but could be up to 40 years.  Perhaps it is councils like this that are the reason that Children need more exercise.

The needs of the vulnerable road users are of course greater than just a bit of pavement. They need the traffic to be managed – they need to ensure the road can be crossed safely, where appropriate, it needs to be  relatively quiet, it needs to be low on pollution. Traffic flow should not be prioritised over the young lives of schoolchildren. Ideally there should be a fence and it should be wide enough for segregated cycling and walking…

Compromised facilities compromise lives – like this bit of paint on a pavement – cycle path – pah. Yet that is what we end up with – why – because it is cheap. Not fit for purpose – but cheap. Even worse here in Cambridge cycle safety money has been used to speed up motor traffic flow – “Scandalous waste of cycling money”.

The bigger scandal – the Department for Transport are forecasting that cycling will fall for decades to come.  Do they know something we don’t – let’s face it this is either planning to fail – big-time or going in the face of the All Party Parliamentary Cycling Group (APPCG), “how can we get Britain cycling?

There needs to be more focus on dealing with the elephants on the roads – cars and lorries (and buses) and moving and parked. We need to change behaviour and be consistent in applying the rules. Personally I would like to see more training and education rather than just fines. (But of course that training and education has to be paid for.)  Too much of the time the press seem to stir up accusations by claiming that motorists are being milked.  eg. “Traffic wardens in Cambridge dish out £1.23m in double yellow fines – and now there’s a crackdown outside schools”. In that article someone moans that they are supposed to have 5 minutes on a double yellow line before a fine. 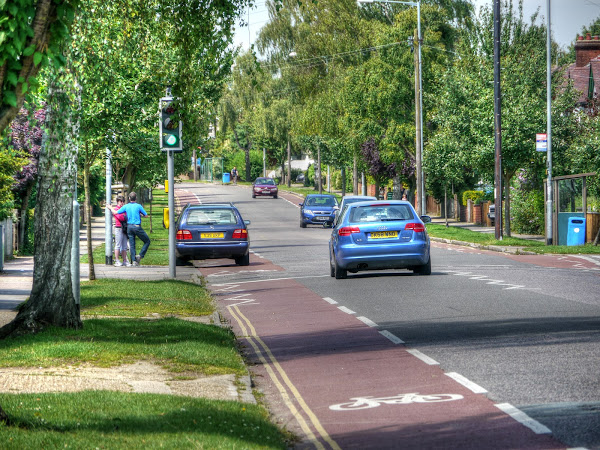 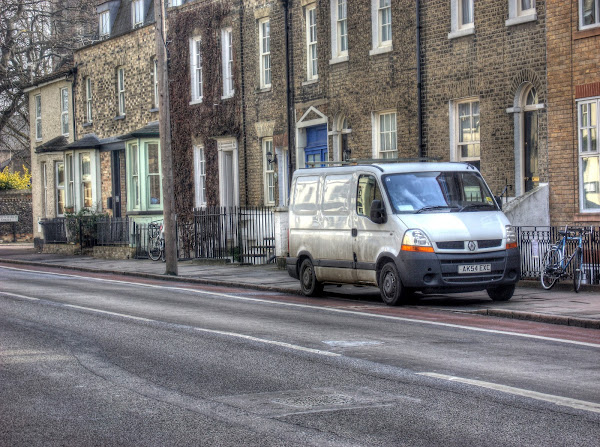 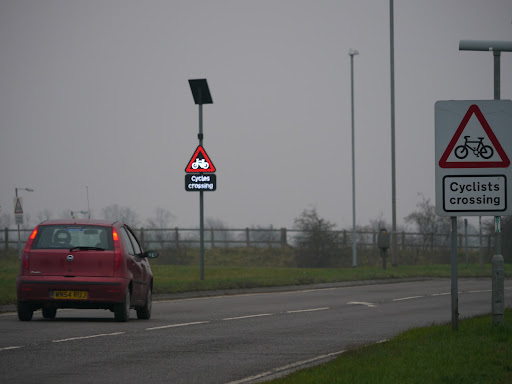