The weather here in the Fens has been marvellous over the last few days. Its has been so sunny I have slightly red arms from having switched to short-sleeved cycling and suffered from too much sun. I have had to put some sun tan lotion on to prevent further burning today. The temperatures have been around 20C but more importantly the sun has been shining brightly. It has also been pretty dry, as you might expect from one of the drier areas of the UK. Given my aversion to cars - I resent being knocked off my bicycle and the pleasure of being out on a bicycle again after an enforced 6 week layoff I have been poottling around following almost any track that I happen to pass. I am using my hybrid as the tracks are so dry that they are solid and so quite easy to navigate, the main problem is where tractors have imprinted a tread pattern in the mud which has set, not difficult to cycle along but very bumpy.

This track runs alongside Swaffham Bulbeck Lode - it ends in a footpath and as a generally law-abiding cyclist I tend not to cycle on footpaths even when they seem somewhat remote and unloved by walkers. The track meets with the Fen Rivers Way on the River Cam. 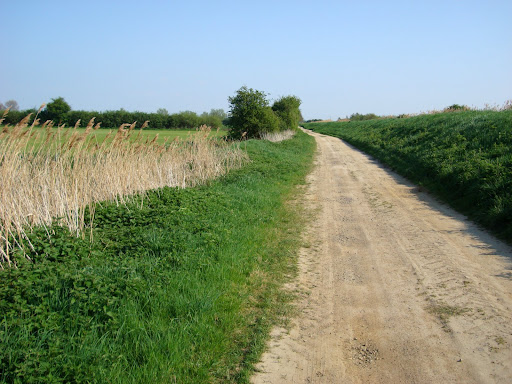 At the end of the track is Swaffham Lock which regulates the flow between the Lode and the Cam. 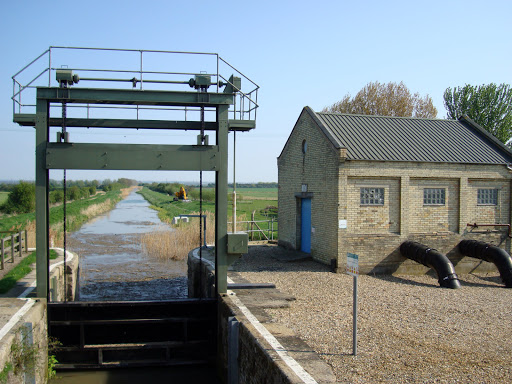 As I was cycling through the fens along Harrison's Drove I said hello to a cyclist was chatting away to a couple of walkers (well to all of them really). I think they were bird watchers as they were also carrying cameras with long lens and there are not many celebs to "pap" around here. The cyclist then stopped and we had a chat and swapped notes on places to cycle in the area. He lives in the opposite direction to me and so had some interesting tips. His bike had both front and rear suspension and when I asked him about it he handed his bike over and told me to take it up the track and back. Although it was not the most expensive of bikes I was very impressed with the way it handled over the grass track, it was comfortable and easy to pedal. He did warn that it was a bit harder to pedal up the hills though. You can just about see him in the middle of the picture wearing a yellow cycling jacket.

We then got onto the subject of "war wounds" although he was a few years older than me one of his injuries was a few cracked ribs on some jumps, more popularly frequented by younger cyclists and he had also been knocked of his bike by a young female driver in her dash for a space, she almost reversed over him as he lay on the road, fortunately a passer-by prevented further damage. We both agreed that the middle of the Fens - car-free and on a sunny day was a much better place to be and that you are never to young to head out and explore and do a bit of flatland mountain biking. 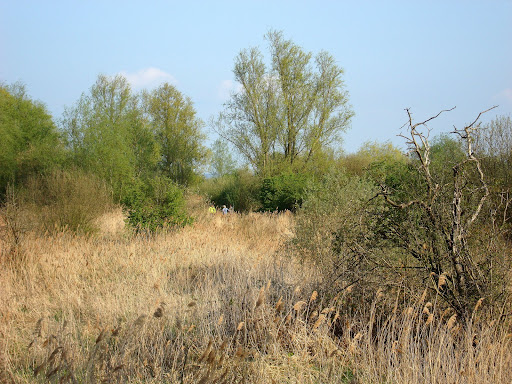 This is one of the views we had as we stopped and chatted along by the side of Wicken Lode. Then we set off on our different ways, we shall probably pass each other again at some time in the future with a few more stories to tell.

The Lode continued on, not a soul about..

Further along I came to a bend in the Lode (River) which led round to Burwell Lode with a bridge where two Lodes met. 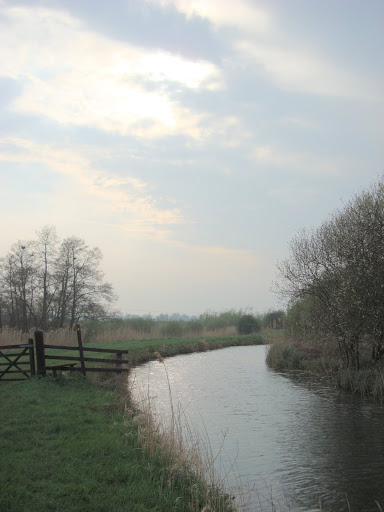 I then took the path down back to Cock Up Bridge, but I could have headed the other way up to Upware which you c an see in the distance on this picture. 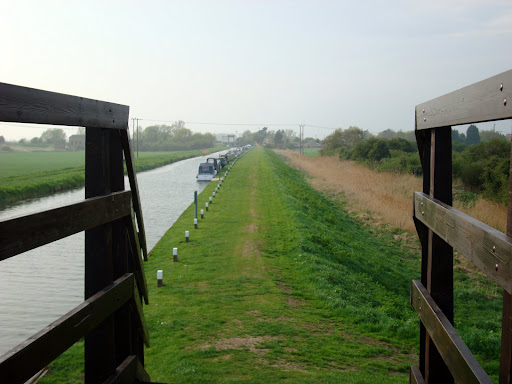 Here is the view from the bridge - it was quite a high bridge to ensure that Wicken Lode is still navigable by pleasure craft which from time to time moor at the other end. 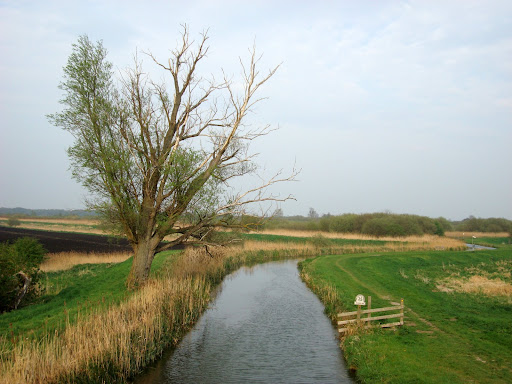 Finally a picture taken from Sustrans Route 51 as it passed through the centre of Wicken Fen. 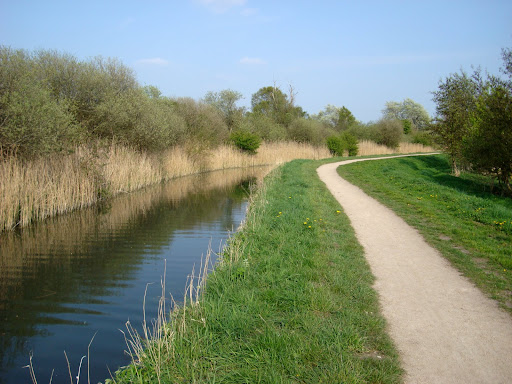