Friday, 25th May 2012:  As is often the way my daughter had stuff to do so my Wife and I decided to spend some of the predicted glorious day being tourists. Mind you when we woke up we couldn’t see the Tay Road Bridge as there was so much mist around. It stated clearing.  This picture was taken through our bedroom window which is why there is a faint double image. You can see the fog at the other end still lingering. It was bad enough that my SatNav warned us about it and the normal 50mph speed limit on the bridge was reduced to 30mph.

After breakfast the sun was shining even more brightly. We had a stroll alongside the water. (The Hilton is on the waterfront). The bridge in the distance is the rail bridge. 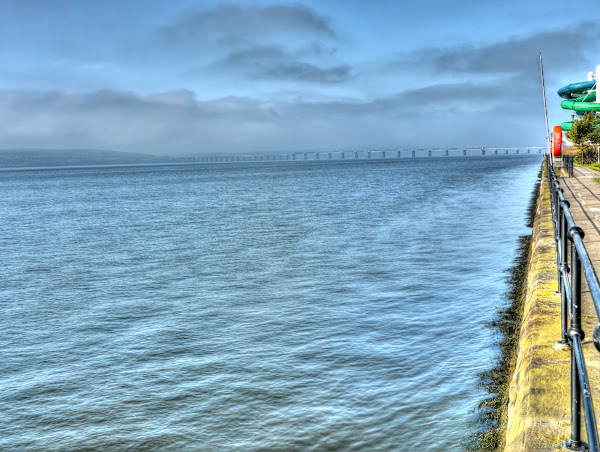 As it was so hot we headed back to the seaside – I know Dundee will just have to wait for a rainy day. Not being too familiar with this area we headed back to sunny St Andrews – a pleasant place for a stroll.  It also gave me the opportunity to take pictures with different lighting.

Footsteps on the beach at St Andrews, Scotland 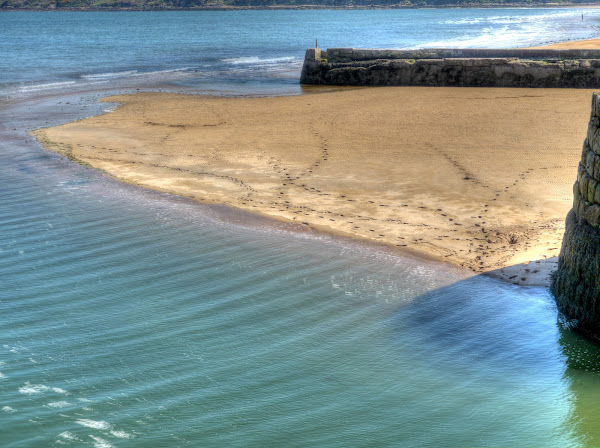 Another view of the ruined castle, look how blue the sea was with nary a cloud in the sky.  Although it was a hot day the air coming in off the sea was rather pleasant. Mind you the seaweed gave the area a distinctive seaside smell. 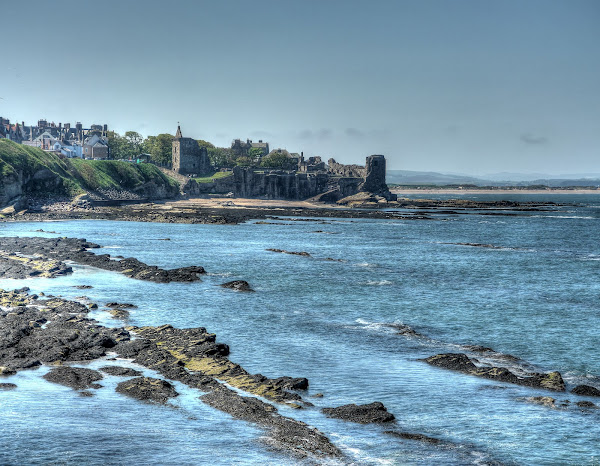 We didn’t go for a paddle, although some did.

Paddlers on the beach at St Andrews 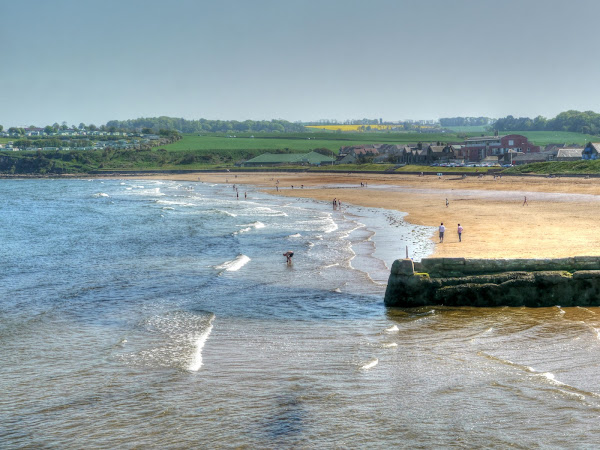 It would appear that there is still a bit of fishing that takes place.

Fishing boats in the Harbour at St Andrews 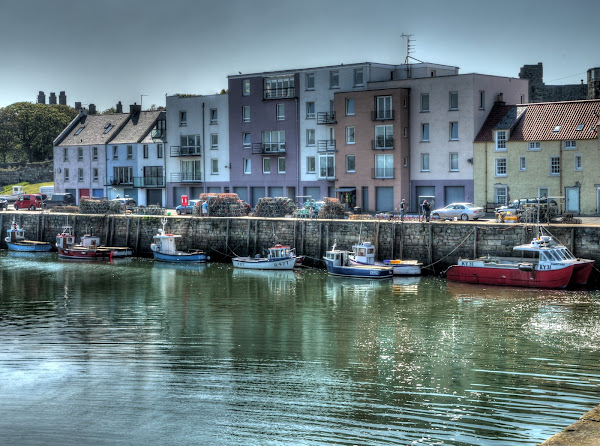 Another close up of the castle ruins – that looks to be a secluded beach. 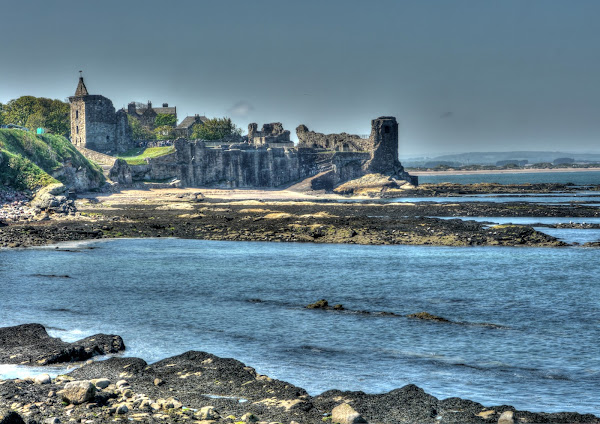 And a close up of the boats along the harbour edge.

Fishing boats in the Harbour at St Andrews 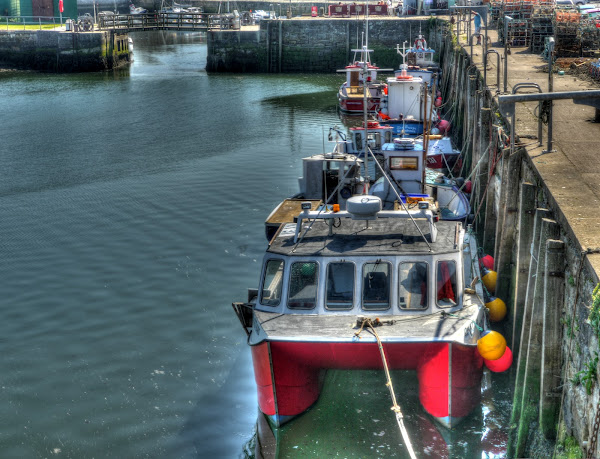 As we walked around there seemed to be ruins in all directions – this is the cathedral. 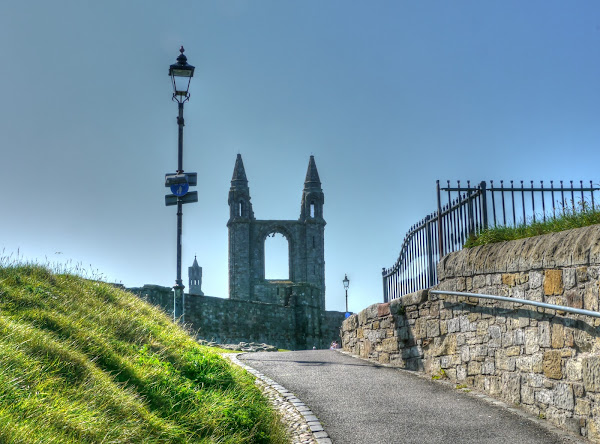 As travelled about we also saw a fair number of cycle tourists – well I did. There appear to be some interesting cycleways and country lanes in this part of the world. There is a website – here are some route searches I did. How about Ceres, St Andrews and Pitscottie – only “19.4999998808” miles long. (or 31.4Km).

To finish I mentioned the Virgin survey of the UK’s cycle-friendly cities, it has already kicked off some comments on the web as to their methodology. Thanks to the CTC here is the Virgin Money press release.

Here is a rather nice aerial view of Yellow Britain.

Some celeb cyclists I have heard of – Bar Refaeli and Kelly Book.

Some interesting cloud pictures and some volcano river of fire.

And finally I was reminded how we take our virtually rabies free status for granted. A British woman contracted rabies in Southern India after being bitten by a dog and subsequently died here in the UK. Having cycled in Kerala it is a sobering thought. One of my son’s friends had a gap year in Peru and was given rabies immunisation shots before heading out there.

when I cycle abroad I always consult my local surgery in advance to ensure I am up to date – cycling is nothing like taking a business trip.