Bee Orchids and other things

Monday, 24th June 2013: I know I have banged on about my aches and pains for a while, this hot weather is really welcome though. The warmth of the sun is definitely good and who can resist going out for a bit of cycling when the weather is so go. I can’t and have clocked up more miles in a week than the month before. Dare I say it I also feel that I am cycling a little faster again, even up hills.

The odd thing is whilst some may say the the Tour de France acts as an inspiration and gets more people cycling for me the reverse is true. Well that’s not quite right it doesn’t actually put me off cycling. The problem is that if I watch it it eats into the time I might be cycling.

The other thing I find amusing is that you do get a small surge in MAMILS some seem to fit into  the ATGNI category. (The link was chosen because it tells you what the acronym means – the website seems to suggest that they do have an idea.)  The surge doesn’t last that long and might be correlated with the weather rather than the TdF.

Anyways as a result of the aches and pains I held off from cutting the lawn for a couple of weeks – that’s my excuse. The problem is not so much following the lawn mower around and heaving it around to turn corners. No it is lifting the bag of grass cuttings and tipping it out that seems to stress my back.

The day I decided that despite the aches and pains I had really better get the grass cut otherwise it would look like a field and become really difficult to cut my wife noticed a small flower in the lawn. It was a Bee Orchid. So she stuck some sticks around it – not that she thinks I would deliberately mow it down – just that I might forget.

I duly mowed around it and then I got my close-up lens out and took a few pictures. 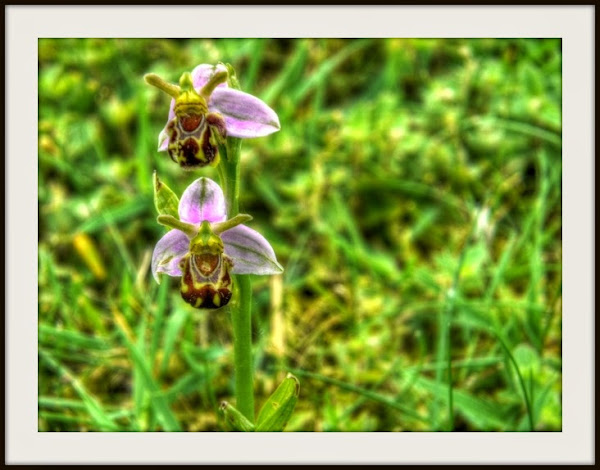 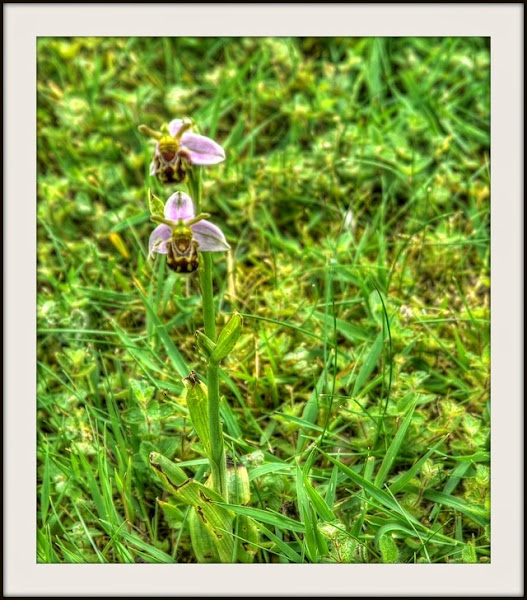 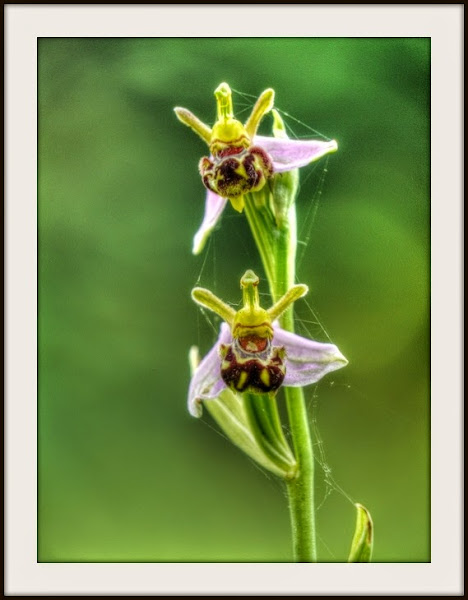 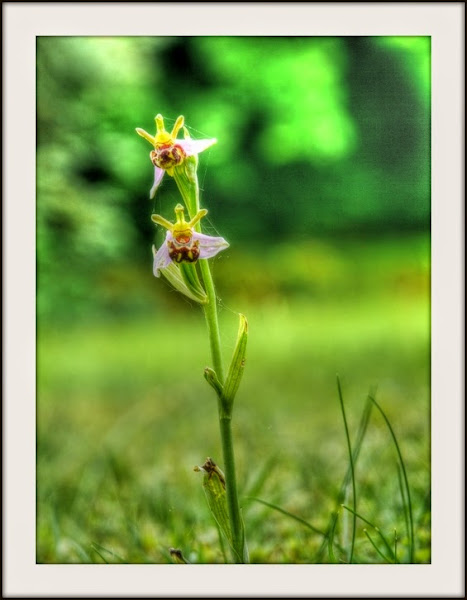 Whilst I am almost finished with the post I might as well close a few open tabs on my browser. The London to Cambridge charity bike ride is coming up – lets hope the weather holds.

Also having mentioned the TdF, which will be coming to Cambridge next year – well they might even close the city centre roads to traffic a few days each year as a legacy. I used to travel to Japan regularly on business, once upon a time. There they would close roads around the Ginza area of Tokyo every Sunday. Perhaps the cities’ ambitions should be a little bolder. Say a £200m cycle network perhaps. A new railway station at Chesterton has got the go-ahead – let’s just hope that the access for cyclists and pedestrians has a higher priority than for motor vehicles. I reckon that there should be no parking for cars and that they should use the P&R on Butt’s Lane.  There is a surge in Rail Commuter using their bicycles apparently and consequently a shortage of cycling parking at railway stations. We seem to have lots of strategic plans being developed around the Cambs area. Which seems to be code for stuffing the county with more and more housing. Yet they can’t even sort out a decent transport strategy. (E.g 750 homes for Godmanchester.)

Butts Lane being the site of one of Cambridge’s more dismal attempts at making a cycle lane. (Milton – Histon). It sometimes makes me wonder when I read about how brilliant Cambridge is for cycling – “one in three journeys is on a bike” – do they mean the narrow, disconnected, indirect and sometimes unfinished routes I cycle on?

A group called 2030 Vision has suggested that Cambridge city should introduce congestion charging to bankroll transport improvements. The message is basically a bold one that the city can’t muddle along as it is doing at the moment. Whilst I am not a fan of congestion charging in that it seems to benefit the rich and hit the poor I definitely  think that the idea is worth considering. Moreover the transport improvements should be aimed at discouraging all unnecessary private motoring in the city. (Here is the report website).

We certainly don’t want a revolution over parking fines in Cambridge. I am afraid I don’t have much sympathy for her approach – she claims the problem is the total chaos and wants to add to it!  There is a possibility that parking fines could rise – although it is a political hot potato.

And finally some pictures – torch images (skeletons) – Orlando Bloom on a bike, Famke Janssen on a bike,  Stacy Keibler on a bike, Naomi Watts on a bike and some models spinning.  Oh yes – taking pictures on a volcano, I’ll give that a miss.