Mid-week ride after returning from my hols

Wednesday, 18th September 2013: When I was a kid, around 12-14 the summer holidays stretched gloriously ahead. The only fly on the horizon was when the family Summer holiday was going to be. The long days of Summer were great for exploring the Mendips, building dens, climbing trees, building tree houses and starting to find girls interesting.

So my brother and I preferred it when our Summer holidays occurred around the same time as our friends. That way interesting things wouldn’t happen when we weren’t around. It was almost as bad being at home if all our friends were away.For choice I also preferred not to go on the family holiday during the last couple of weeks of the School Summer Holidays.

Naturally I didn’t let any of these considerations worry me when choosing family holiday dates when my kids were younger. Don’t get me wrong I did enjoy my Summer Holidays as a kid and having a slightly younger brother meant that I had someone to play with and to boss around.

I am not so sure my Dad enjoyed returning home from the Summer holiday though, he had to go back to work. As kids we really enjoyed it, catching up with our friends and see what had happened in our absence.  Later in life I empathised with my Dad, I too hated going straight back to work after a two-week holiday, I much preferred a days or so at home.

Funnily enough after having had some time away I was quite looking forward to seeing what had changed. After a bit of catching up with work-type stuff I had a very pleasant mid-week ride – around Low Fen Drove Way and up along Lodes Way to Wicken Fen and back.

Summer does seem to be the fly-tipping season. As I cycled up the bridge over the A14 fly-tippers had struck.

Fly-tipping  - Low Fen Drove Way – Bridge over the A14 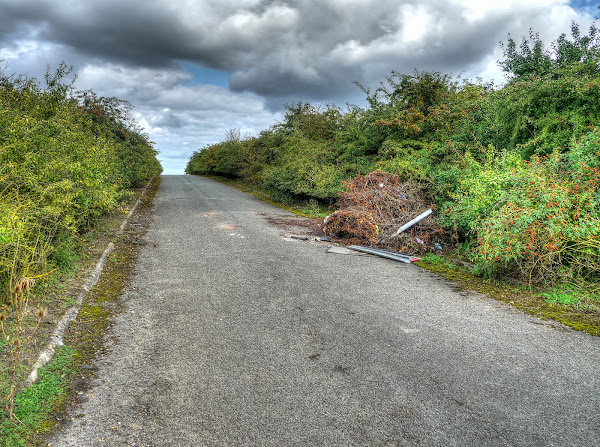 Just the other side of the bridge there was another heap of rubbish. Fly-tippers are tossers – and they cost the local tax payers money. As the Council comes out to clear it away. 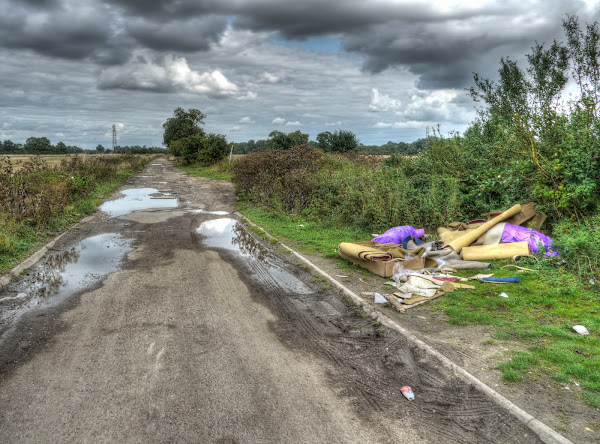 After passing through Horningsea and heading along Hundred Acres Road towards Lode there was more ploughing. 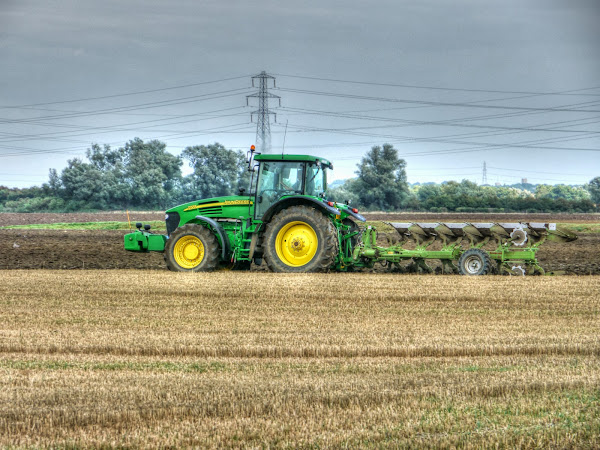 That’s not a bad line – certainly better than I could do (‘cos I have never ploughed.) The plough seems level whilst the tractor leans.

On my way to Wicken Fen I was pleased to see that a pothole that I had reported had been repaired. I used the CTC Fill That Hole Website – things seem to happen although the fix hasn’t been reported.

Fill That Hole – Filled – thank you CTC and CCC 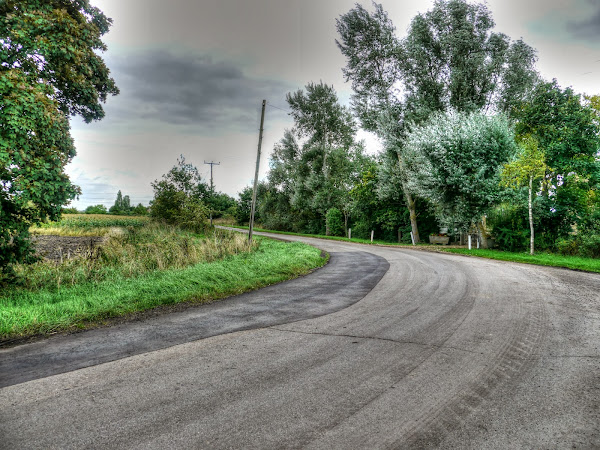 As I cycled up Split Drove there was yet more fly-tipping some people! 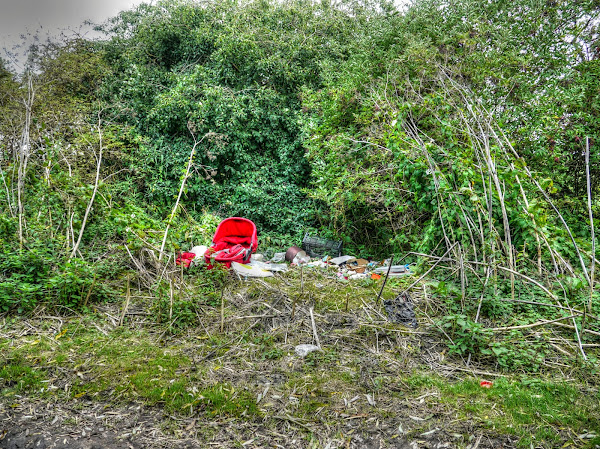 It was nice to be home –despite the fly-tipping.