Men at Work–in the Fens (could be women?)

Monday, 17th February 2014:  Having a bit of a goal is not a bad thing in life. For me after a cycling lay-off during the last couple of months of last year I have found it easier to cycle more regularly this year by setting myself a target in terms of cycling distance (per month).  A subset of my goal is to try and cycle, on average, every other day.  I have been flexible about when I cycle so that I can’t use the weather as an excuse.

Talking about excuses I was pleased to see the forthright statement by Chris Boardman about cycle helmets – “I think the helmet issue is a massive red herring. It’s not even in the top 10 of things you need to do to keep cycling safe or more widely, save the most lives”. Yet you often here people talk about the need for cyclists to wear helmets as a self-evident truth.

“There’s a better solution to the problem of cycle safety, Boardman said. In the Netherlands, just 0.8 percent of cyclists wear helmets yet the Dutch have the lowest rate of cycling head injury, thanks to segregated cycling infrastructure. Thirty percent of journeys in the Netherlands are made by bike, he said, and 50 percent of children’s journey to school.”

Here in Cambridge “Give more space on Cambridge roads to buses, cyclists and pedestrians, say 75% in survey”. The choice gets pretty stark, either we will need to knock a bunch of Cambridge buildings down and build more roads or we have to make use of more space efficient forms of transport. There is no alternative! Interestingly South Cambs residents were less in favour – perhaps because the further you have to travel the less appealing it becomes. Public transport can be pretty dire unfortunately -  “Cambridge rail companies ranked ‘worst’ for traveller satisfaction”.  When improvements are considered they tend to be in the future and focus around the Cambridge London rail link.  This is not necessarily wrong, nut you won’t encourage changes in work transport choices. Indeed with all the flats being built in central Cambridge the emphasis seems to be on Cambridge as a Commuter Dormitory.

However the choices are either to catch buses, or to cycle in. Stagecoach has been complaining of congestion in the City.  You might say well they would wouldn’t they – however slow buses don’t really encourage drivers to switch from their cars, because buses have their downsides.

I guess the mixed messaged we seem to be getting from our local political process is because it is, well political and rather piecemeal. “£37m cuts and tax hike approved by Cambridge County Council as last gasp concessions break deadlock”.

Apparently the other week the Cambridgeshire Police tweeted to ask drivers to take more care on the roads after 4 RTCs.  With the huge increase in housing development in and around Cambridge it will only get worse. When the A14 gets upgraded it will get worse.

That’s enough doom and gloom for now. Whilst it does make me a little cross that most of the cycle routes that we have are rather piecemeal at least they exist and it is possible to get out of Cambridge. 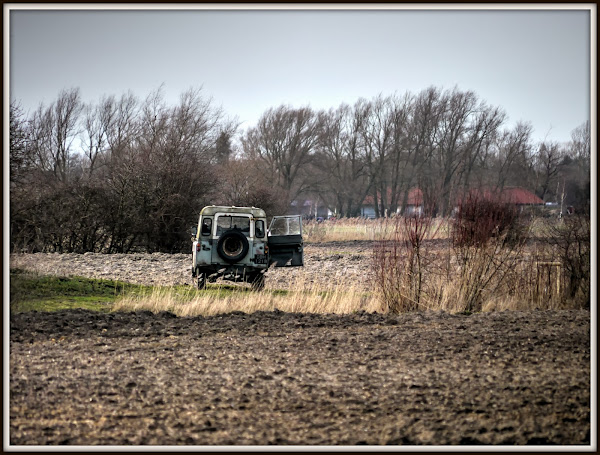 This car was abandoned and burnt a while ago – the trouble is because it is on private land as I understand it the land owner then has to pay to get it removed. Which seems unfair. I would have though that it should be covered either by the perpetrators or owners insurance? (or the MIB). Actually I might be wrong there – Cambridgeshire County Council will remove a vehicle from private land if it can be picked up without difficulty. The South Cambs website is less clear and indicates that a fee is payable. 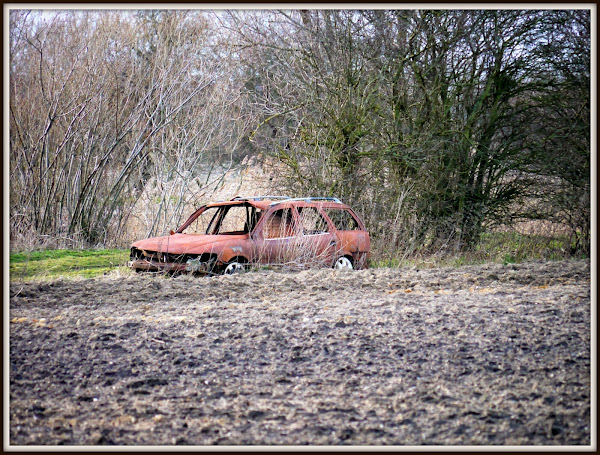 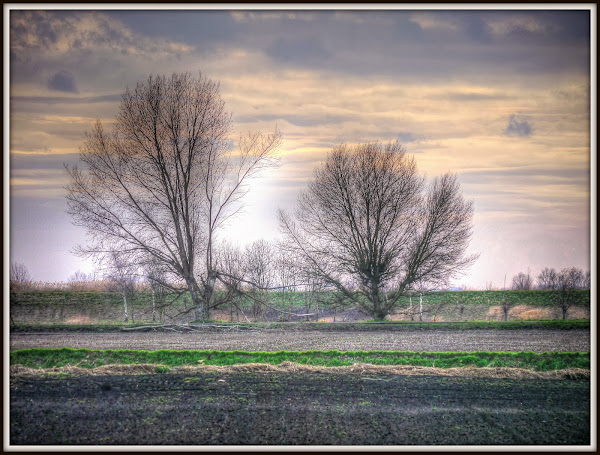 Given the reasonable weather I imagine that there is pressure on the farmers to get working on the land  - but fields are soggy. So there has been quite a lot of drain clearage. Here two tractors are working in series. 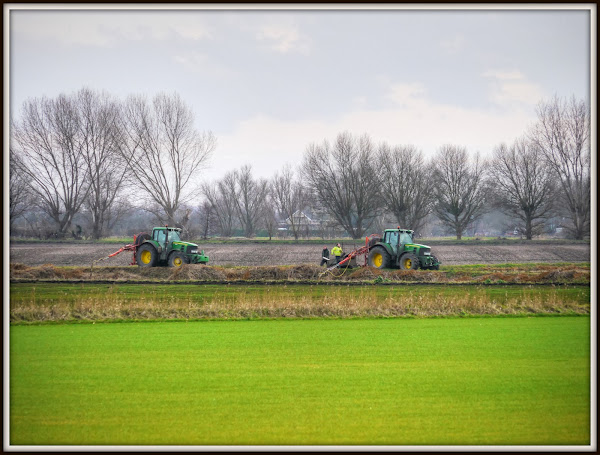 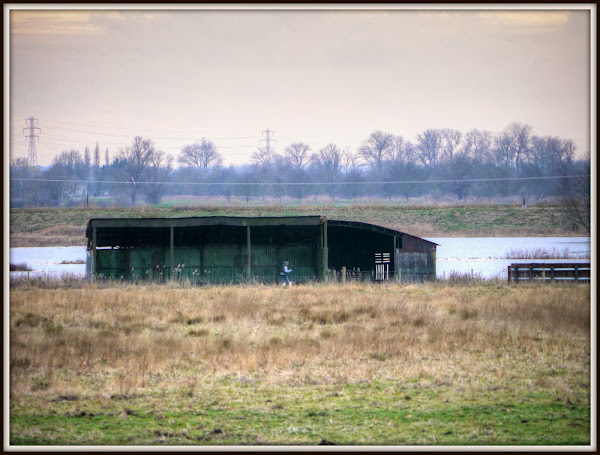 As I cycled down Split Drove there was more drain clearing – in this case Commissioners' Drain. I reckon it was probably this chap who cut a drainage channel on Headlake Drove to allow the big puddle near the bridge to drain. Thank you if it was.

The digger is marked “Swaffham IDB” or Swaffham Internal Drainage Board – it was originally constituted in 1853 and deals with an area of 524ha. This is a link to their map. 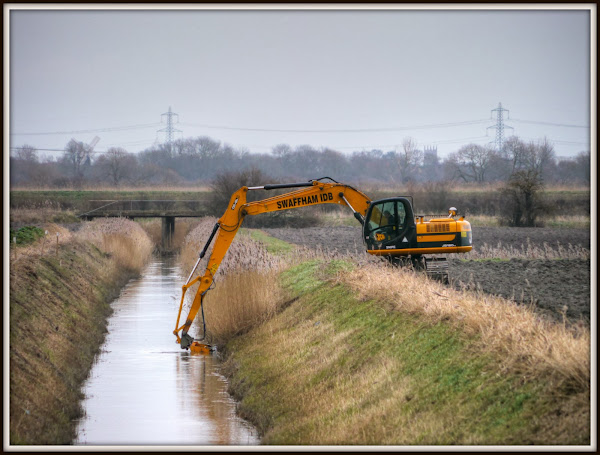 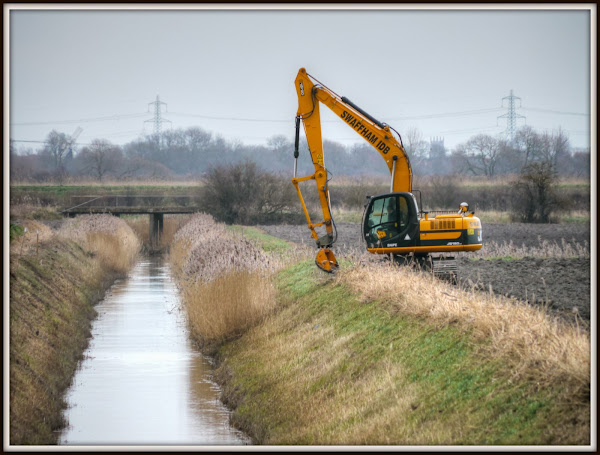 I guess that the Swaffham IDB also maintains the various sluice gates such as this one between Headlake Drove and Great Drove. 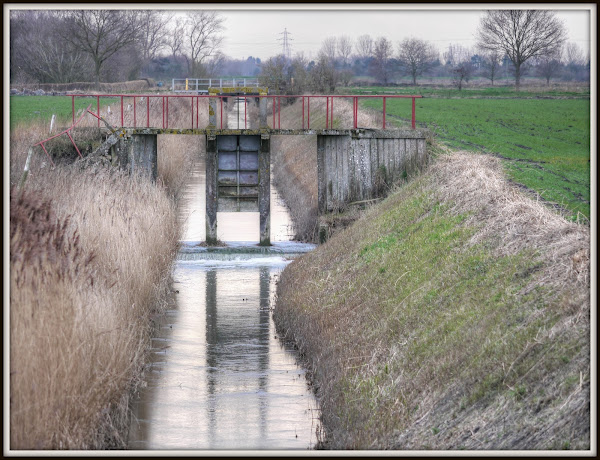 I took this picture to show where the Reach Large Solar farm was going to be sited, the proposal was withdrawn.

Spuds were grown in the field last year – it is remaining quite water-logged. 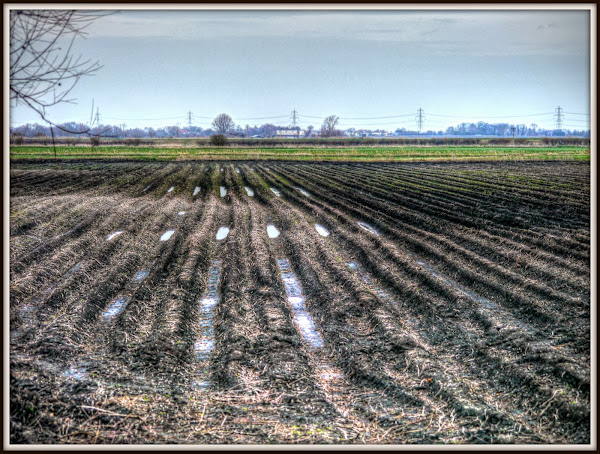 This is Little Fen Drove – again this would have bisected the Solar Park, as you can see fen roads are rather undulating. From a cycling point of view I think it helps to moderate vehicle speed with isn’t a bad thing. 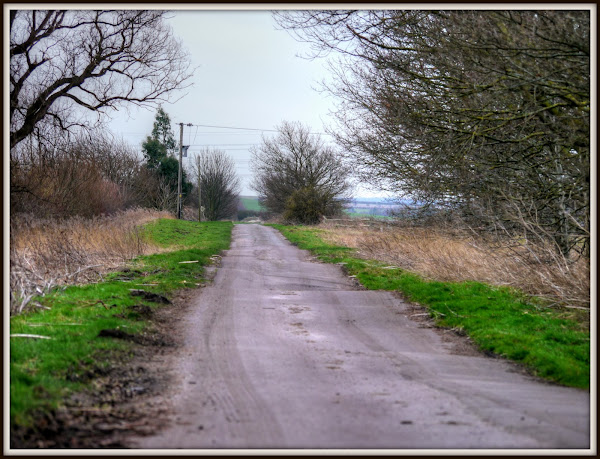 On my way back to White Fen this field has been freshly ploughed, ready! 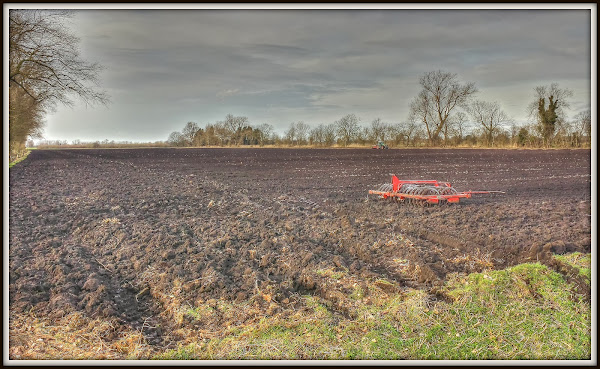