Saturday–catching up with the Archers.

Saturday, 22nd February 2014: I have hit my cycling target for the month (because as I write this it is the 28th, another month down).  Despite it being Friday it won’t be a POETS day – too much rain drizzle for my tastes.  However I am only a few days out since this ride was less than a week ago.

Which is good, not only am I cycling more I am also getting my posts out more regularly.  Although there are things I think I could write about that don’t get written about, I quietly shelve them in a corner of my mind.  Don’t worry there title of the post isn’t really that relevant to my rabbiting on – except it was a Saturday.

There is no doubt the weather this year has been quite interesting. We aren’t quite at the end of February, but have seen over three times more ran in Feb 2014 than in Feb 2013.  The average temperature last year in February was 2.70C compared with  6.30C this year. Apparently it has been the wettest Winter since 1766 and the fifth warmest since 1910.

There is no doubt it is feeling Spring-like with Daffodils and Snowdrops and Aconites and Crocus all in flower in the garden. They are forecasting snow by today in the South, but now I have gotten myself some studded snow tyres for my bicycle it will probably miss Cambridgeshire.

Whilst I tend to go on about how even in Cambridge the cycle infrastructure is really rather sub-standard there are signs of Spring – only signs mind you.  A new design of bus stop is to be installed on main Cambridge roads – the so-called floating bus stop.  You might be forgiven that this is being installed on the Cambridge Guided Busway because it floods so much, but no.  At the moment we have pavement/bus, then a cycle lane then the road and when busses stop at bus stops they tend to pull onto the cycle lane and stop, or pull across the cycle lane.  With a floating bus stop there will be the pavement, then a cycle lane, then the bus stop and the road. So people wishing to cross the road will have to cross the cycle lane. Essentially it helps to reduce the possibility of cycle/bus collisions – but does seem to increase the possibility of pedestrian/cycle interactions.

This approach will apparently make for safer cycling because better segregated cycle lanes can be built.  I guess, as with many things, it is the detail that matters. If the island is too small then pedestrians will overspill.  If the cycle lane kinks around then that might be tricky for cyclists.  Also if my experience of Hills Road is anything to go by, when school students swarm across a road they just do regardless of traffic.  (and why not – why should the assumption be that motor traffic gets the priority.

We are also going to see a redesign of the Milton Road and Gilbert Road junction  - to give cyclists more space. I assume that since Gilbert Road has been improved they are now patching up other bits along the route.

At the same time that there is a bit of piecemeal tweaking of cycle infrastructure, which costs tens of thousands of pounds plans to widen the M11 between Saffron Walden and Stansted Airport are back on the table. The last time they shelved it – 10 years ago it was costed at £171million.

Also Julian Huppert has been named one of the most influential people in UK cycling by BikeBiz. Although the list also includes Sir Bradley Wiggins and so the definition of UK Cycling is rather broad and only serves to confuse the difference between cycling the sport and cycling as transport.  Come to think of it Jenson Button wears a crash helmet when he is driving his race car -  um, therefore all motorists should wear crash helmets.

In the spirit of Crackdowns – although in this case now called a blitz, the cycle theft hotspot of the Newtown area of Trumpington is being targeted as part of the democratic priority setting by Councillors and the Police. Which I reckon is far more democratic than it being set by the PCC – perhaps we’ll see some evidence-based priority setting as well?

A study by Cambridge scientists reckons that Boris bikes boost health in London. Although it also reckons that they males riders over 45 are older riders – which I refuse to accept. Not when they keep putting my pension age up.

A stark reminder of why cyclists deserve better – the CTC Road justice website lists recent road traffic collisions involving cyclists and pedestrians across the UK.  It makes for depressing reading – the number of hit and runs… I also found this website – “How Many is Too Many?” which logs the ever-growing number of cyclists killed on the UK’s roads.

It isn’t surprising that so many parents seem to drive to schools to pick their kids up.  If I sneak out for a mid-afternoon ride and end up going past the Bottisham Village College School are kicking-out time it is pretty congested.  The traffic law also seems to change near schools – it allows oncoming traffic to force their way past parked cars in their line by coming straight at me and trying to drive me into the kerb.

Which is why “really safe” cycling places are more popular – the NT promotes Wimpole Estate as one such place.  This is good, a friend’s son is struggling to learn to ride because he lives on a road that is too busy and so relies on one of his parents going somewhere safe.

So I won’t talk about the cycling much – just comment on the pictures I took en-route (Upware, Wicken Fen Lode etc).

I wonder if the waterways ever had the same problems – I guess most of the traffic was of a similar size. I ought to ask my son, he used to canoe on the River Cam, he never mentioned any hassle.  This is Reach Lode, with well signed routes to Wicken Fen, Reach and Burwell. With a lock to the River Cam not far behind the spot where I took the picture. There is a rather nice wooden bridge which crosses over Wicken Lode, just after the line of boats.

I have not paid attention to it before – but you can see the land rising in the background – I would guess that it is in the Moulton direction up behind Newmarket. 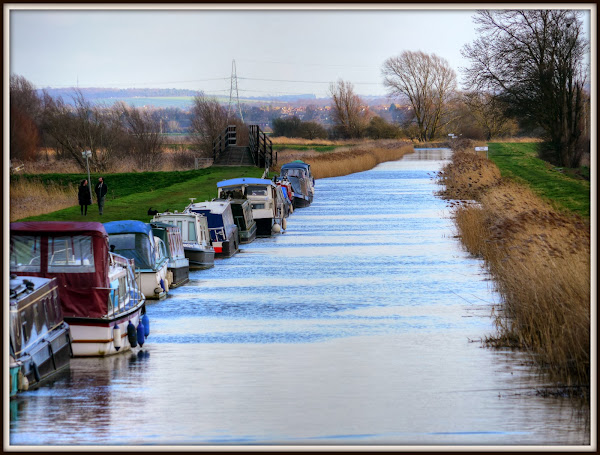 I reckon that the farmers are getting impatient – there is a lot more activity at the moment. Here a farmer is spraying near Split Drove. 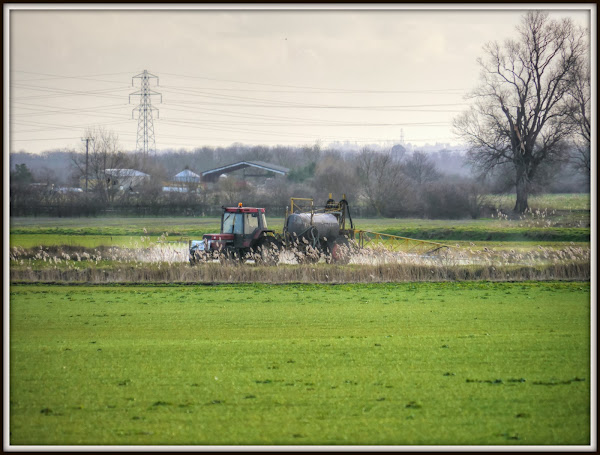 As I cycled through Lode I saw this East Anglian Air Ambulance head away from Cambridge towards Burwell. This is a Eurocopter EC135T2e – G-HEMN. 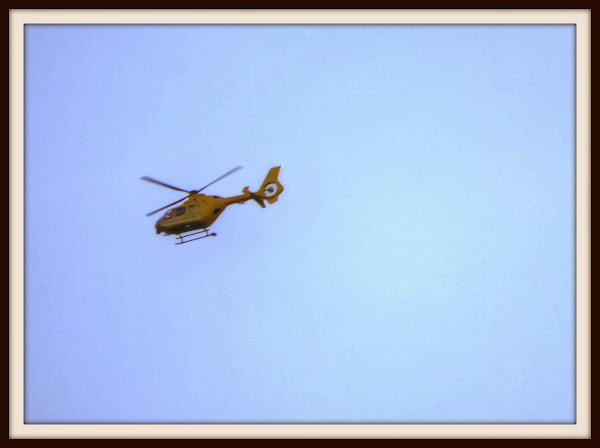 Not much later an it was on its way back, at the time I assumed to Addenbrooke’s Hospital but it might have been to Marshalls?

On their Missions page there was this one – which was to attend a Pilot of a Micro light who landed an Newmarket. 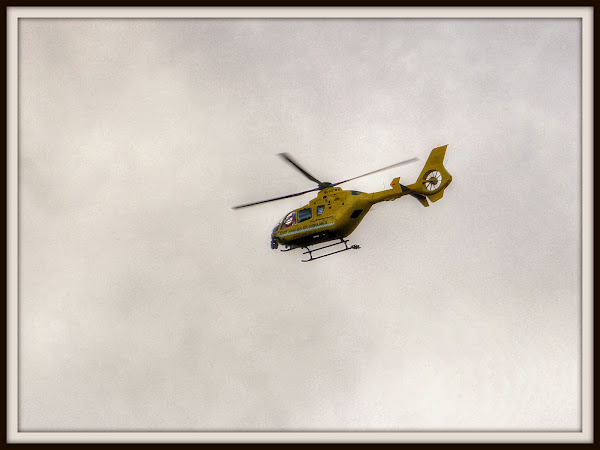 Talking of Helicopters – the other Emergency Helicopter Service in the Area – MAGPAS/HeliMedix seems to be trialling with the GMC  a PHEM training scheme. (Where PHEM means Pre-hospital emergency medical care.) The Helimedix helicopter is orange although I can’t easily find a picture of it on their website…