Girton Interchange Improvements stuff another path–you don’t know what you’ve got. Till its gone

Perhaps I should have seen this before, since this is the second round of the A14 improvement consultations.  Here are the new documents: List of documents, Consultation Brochure and detailed Girton Interchange map.  Apparently the scheme has had to go out for consultation again  because the Tolling idea has been dropped.

However looking closely at the Girton improvement map it seems that the bridleway route across from  Madingley Wood through to Girton via Washpit Lane is being obliterated. Yes I know that in the general scheme of things blasting more noise-creating, smog-inducing motor vehicles around  somehow or other is better for the Nation than encouraging healthy non-motorised excursions into the countryside – allegedly.

But this is yet another example of how vulnerable road users are being bullied and hemmed in by bigger and badder roads.  Given how bad the road is to cross I bet that most people in their rights minds wouldn’t use the route today . They’ve already been intimidated, leaving a few users like me – so closing it becomes a foregone conclusion – since there are so few to complain.

Now I might be reading the maps incorrectly.  In fact there seem to be two versions – this one GA PO 21 – with enhanced greens and this one Cambridge to Huntingdon exhibition final (second diagram from bottom). The first one (with more lurid greens) shows little “x”s over the bridleway and on the bit of Washpit Lane that connects with the pavement alongside the A1307/A14. Instead there is a “New access track and NMU path”.

I had to look up the acronym NMU – Non-Motorised User.  Unfortunately you can’t get to it from the bridleway.  On the map the bridleway underpass/bridge is called – Bulls Close Underpass and Bulls Close Bridge. It seem to me that whoever dreamt up these names plays chess. By thinking several steps ahead they can now point to the fact it was a close and that’s why they have not had to maintain any right of way through.

The second map (of the Girton Interchange) shows various changes to the junction but shows the “Track”  still in place through to the far side of the A14/A1307 – is there hope for this spectacularly broken route through the junction.

The good news for motorists is that there will be a bit of woodland and some ponds for them to glance at as they whizz by, or stare at if they get stuck in traffic jams.

Of course they could build an Accommodation bridge – but why waste money when bullying is easier. 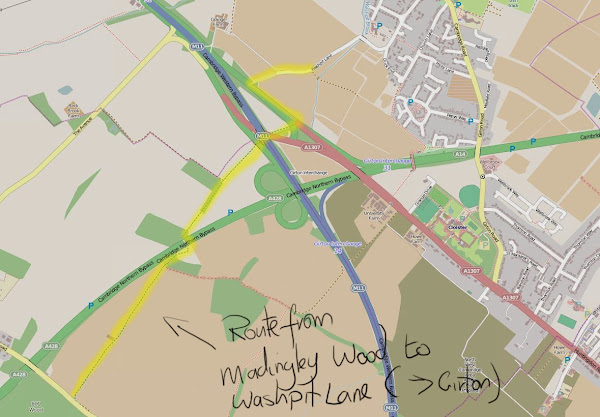 Of course this is a one-off, occasionally some under-used route gets sacrificed, its for the greater good.  Of course an important National trail such as the Peddars Way, well that would be different wouldn’t it?

Well it depends upon whether you think this is easier to cross – it is where the Peddars Way (a Roman Road) crosses the A11 – a dual carriageway. 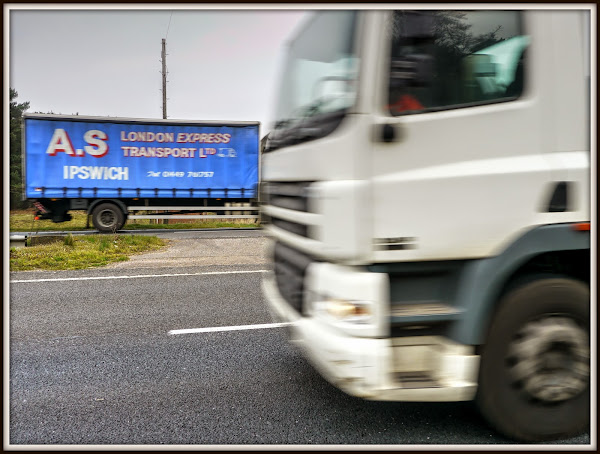 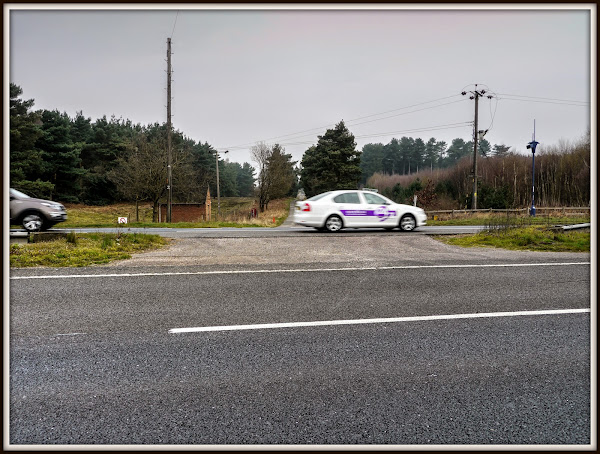 Who in their right-minds would try to cross this unless they were really confident about their ability to get across. It would be a nightmare with young kids. It took me a while. It will get even worse with the A14 Improvements. 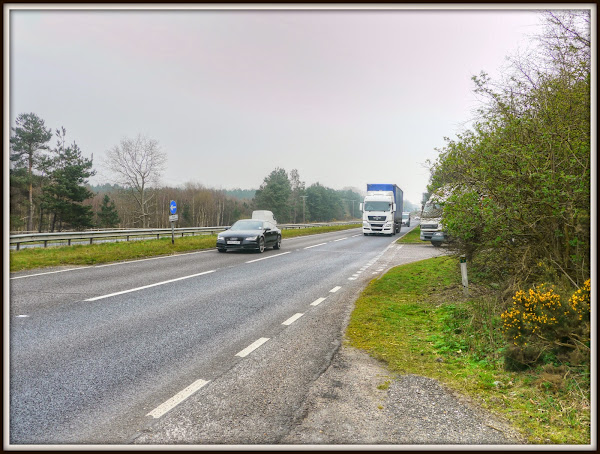 Just for good measure here is another example of how convenient our road builders make it for us to cross their big wonderful roads – yes it is the A11 again. This time near Barton Mills. How kind, they have reduced the height of the barrier so you don’t have to jump it. Here is the crossing shown on Streetmap.

Another Vulnerable-User Crossing Test on the A11 – near Barton Mills 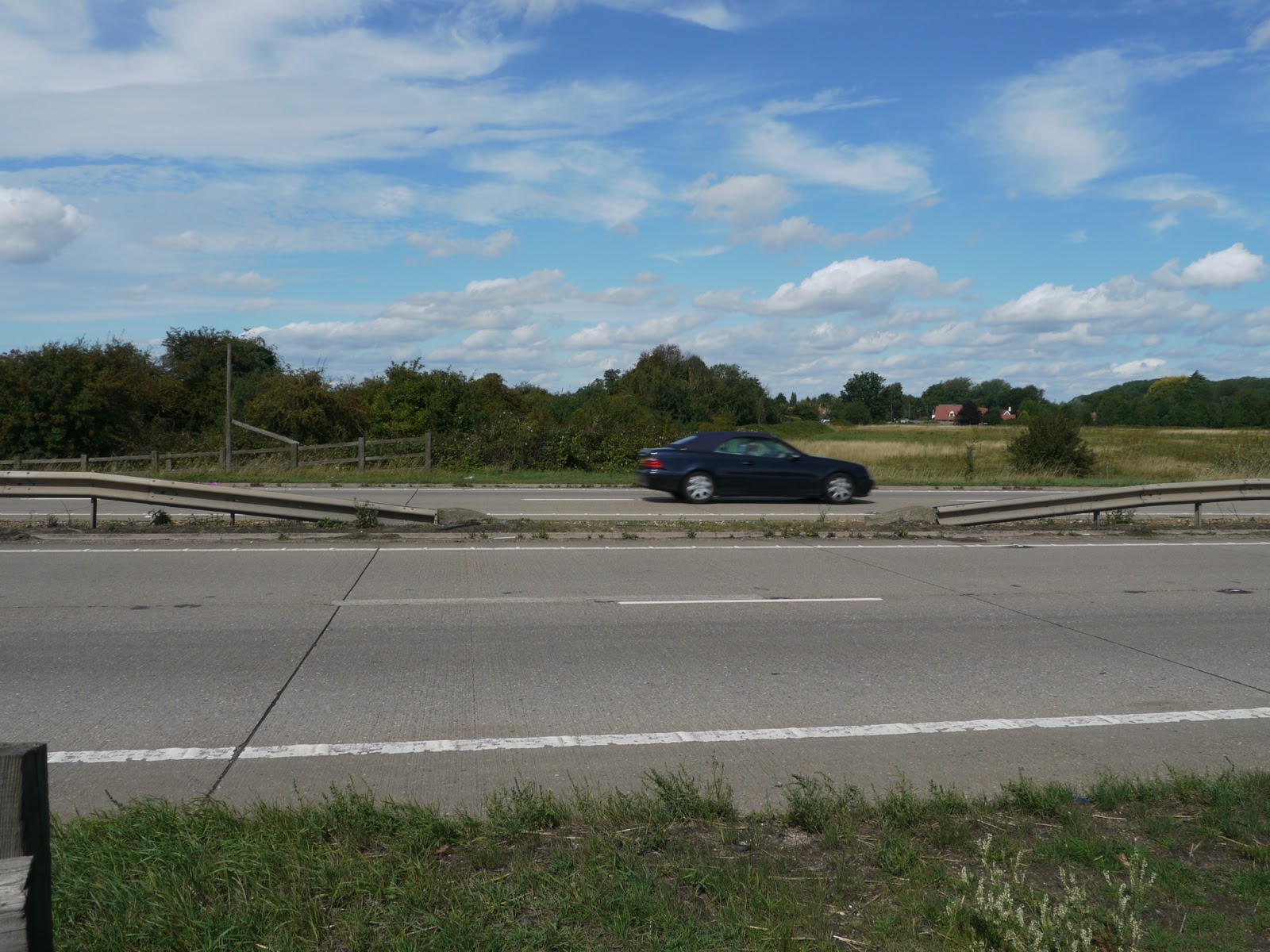 While finding a link for the Peddars Way I came across this document – Norfolk County Council – Rights of Way Improvement Plan 2007-2017. Ninety plus pages addressing the problems of rights of way – I bet they’d have something to say on the problems. After all – look at Section 3 (Page 6) – the Assessments of Needs shows they are being inclusive. Although the section itself doesn’t seem to address the problems of say wheelchair users when crossing busy dual-carriageways.

The document does mention Safe Road crossings (page 37) – dangerous crossings are also singled out in their questionnaire. But I can’t help feeling it is the elephant in the room that no-one fights for.