Saturday, 26th July 2014: Saturday is my catch-up day, when I listen to the omnibus edition of the Archers. Although it is getting to be a tough listen.  As far as I am concerned the ration of misery to everyday life is all wrong. I have also been listening to the Radio 4 drama Home Front, which surprisingly given the subject matter is less unsettling.

As usual I tend to go for byways and bridleways, they are more pleasant, and I can actually hear my MP3 player.  I know that people moan about cyclists listening to stuff whilst on the move. How many of the complainers have actually stood as a pedestrian by a busy road and tried to hear themselves think.  If listening to music on the move is so bad why do motorists get to do it and why can car radios be turned up so loud?

Apparently “living within 100m of a major road raises the risk of high blood pressure by a FIFTH”. The cause is not known, but could be due to airborne pollutants, noise or both.

A not unusual sight on Low fe4n Drove Way – fly-tipping. It generally gets cleared quite quickly. Reports of Fly-tipping is also a fairly regular news item – “Fly-tipper who dumped 12 bags or rubbish in Cambridge Children’s playground ordered to do unpaid work”. 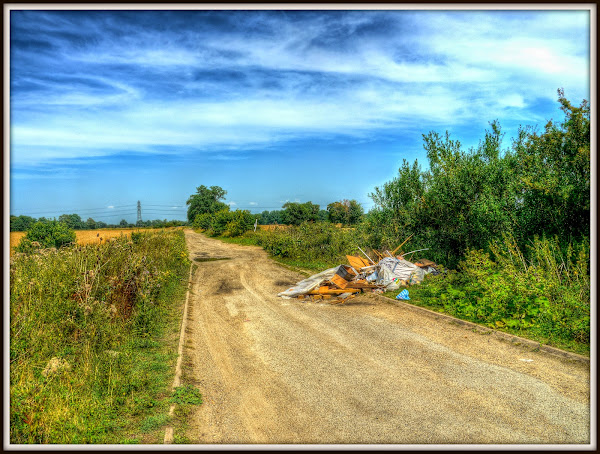 its the time of year when farmers get very busy.  My son ended up doing some combining in a remote fields at 11pm using car headlights to provide extra illumination. 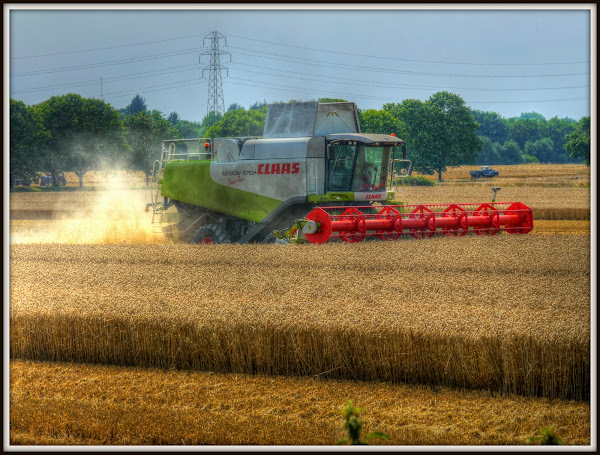 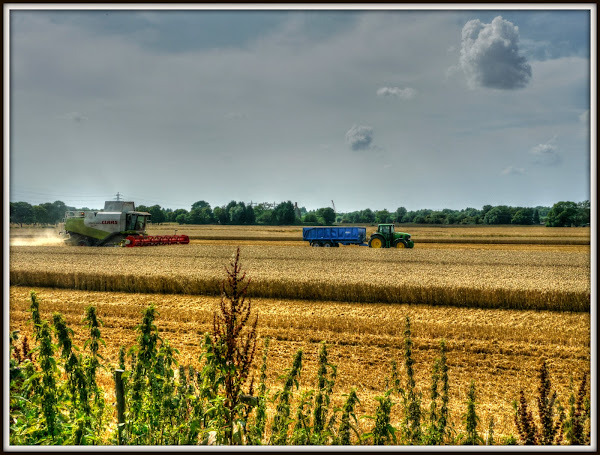 I had a little peep over at Oily Hall Farm, this is a footbridge over Commissioners’ Drain.  Yep, that’s my 29er – it made short work of the various tracks. 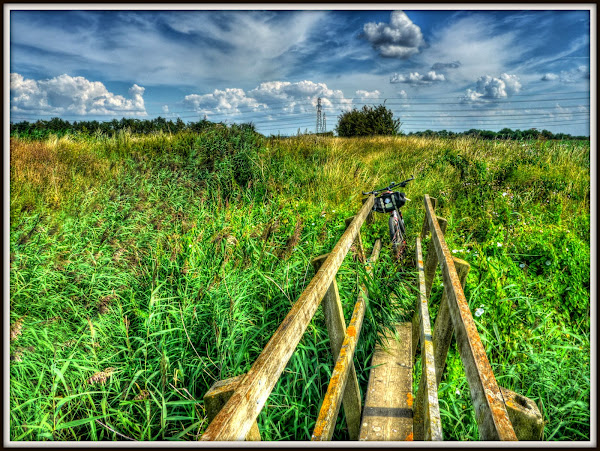 this is a view looing along the drain to the east, it is so overgrown that it is the colour of the vegetation than makes it visible. 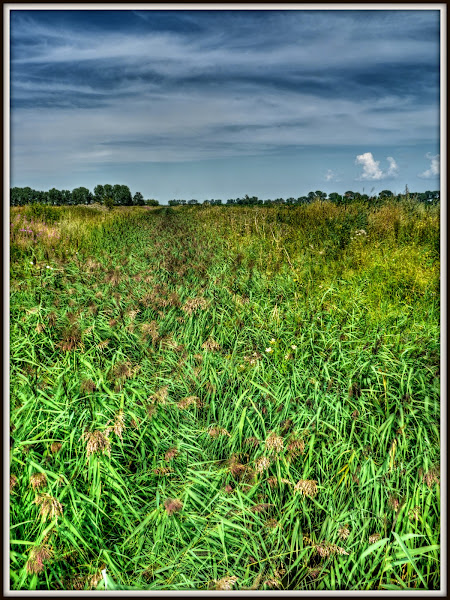 They are looking for volunteer “stewards” for the Fen. 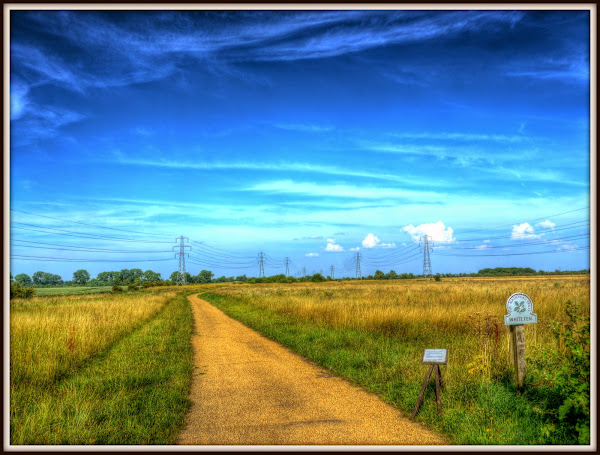 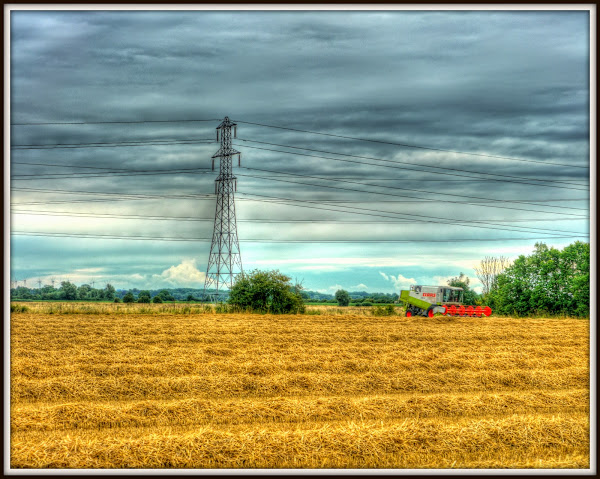 Mind you there are more than grain and beet grown in the Fens, beetroot, spuds, onions, salad crops and flowers all feature as well.  This must have been a bouncing beetroot. 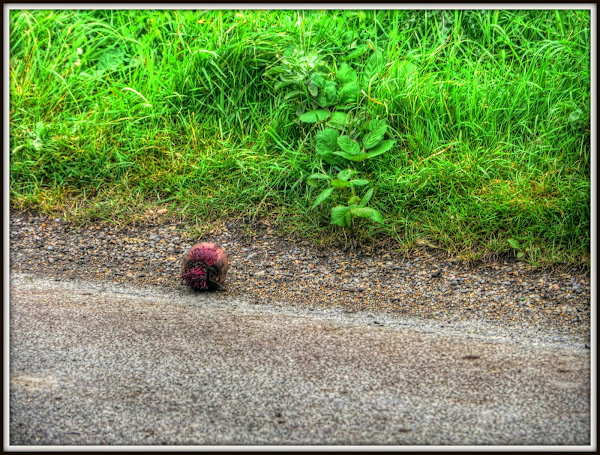 There is the beetroot on the left of the picture along the edge of the road. 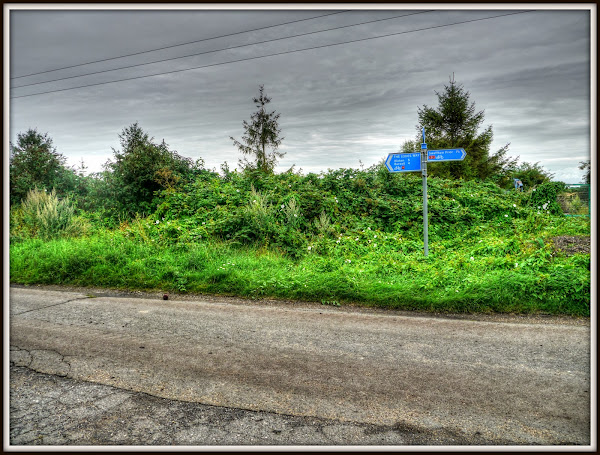 The River Cam passes alongside Upware and from the road you can sometimes see the boats mysteriously moving along the fields.

Boat on the River Cam – Upware 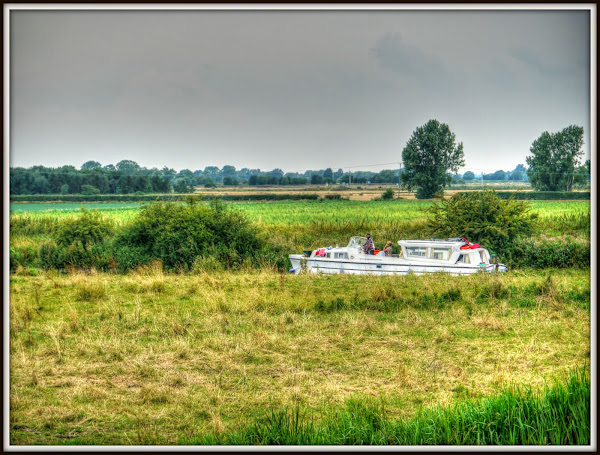 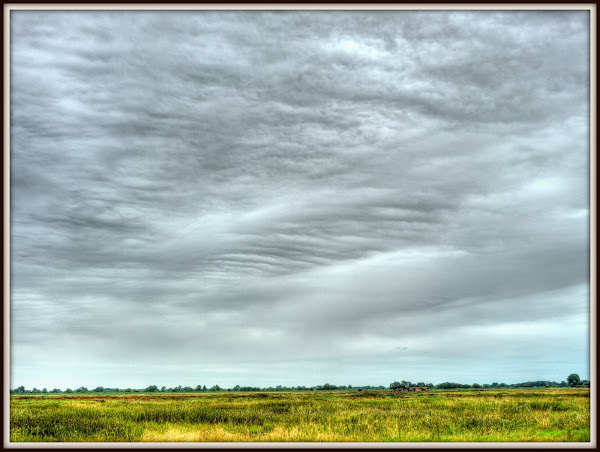