Almost a week of pictures in the Fens

After being away for a few days specially when travelling under someone else’s steam  it feels go to get out and push a few pedals, er two actually. The trouble is when I have been away there is stuff to catch up on.

Here is the weeks rides – not that I rode every day but I did get out most days, Mainly in the Fens – variations on the Lodes Way theme.

Wednesday, 13th August 2014: However Wednesday was an exception – I have to be in the middle of Cambridge so naturally I took a great circle route, back I think, through the Wilbrahams and then NCN51. It was either a ride to take pictures, but not enough time to do both so I stopped once. on the bridge over the A14, near Little Wilbraham.

Combining – the farmers are still busy 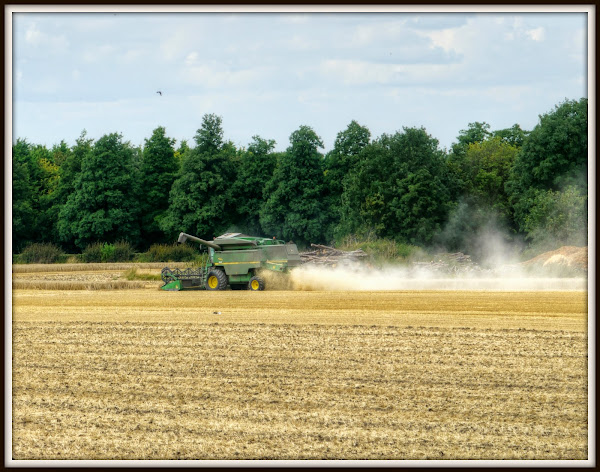 Look how close cars drive behind one another. There doesn’t seem to be much observance of the two second “rule”. There seems to be a whole gaggle of cars heading towards the bridge.

One thing I really hate is when the car/van behind me drives far to close. Highway Code Rule 126 – “allow at least a two-second gap between you and the vehicle in front on roads carrying faster traffic”…”doubled on wet roads and increased still further on icy roads”. (More for large vehicles and motorcycles…

A14 – What is the safe distance between motor vehicles? 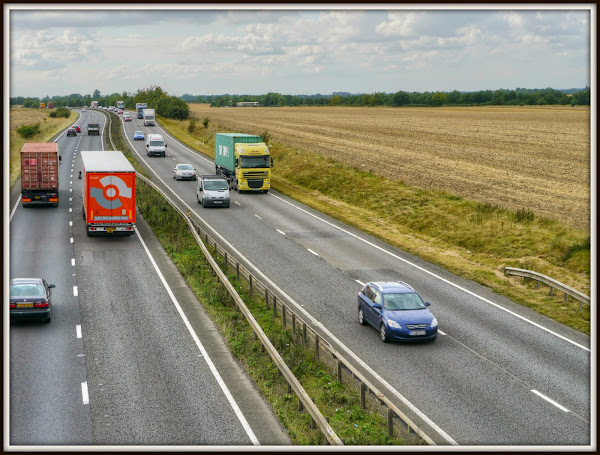 It seems to me that the norm is for a high percentage of cars to leave an insufficient gap. I wonder if anyone has ever done any measurements. It would be quite easy to do a study I would have though. 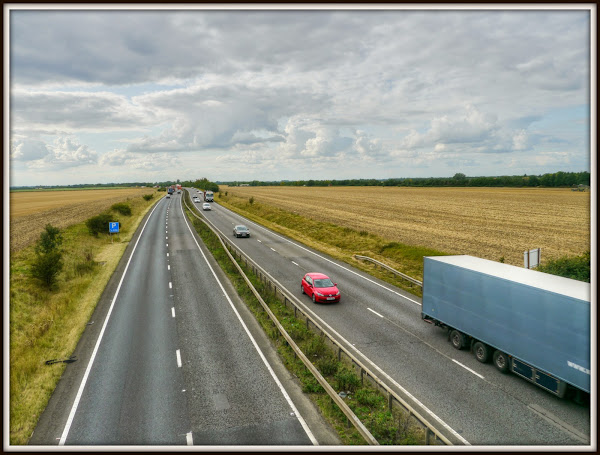 Thursday, 14th August 2014: The trouble with owning a new bike is that you want to ride it. So I had to pop out on my 29er and cycle along the byways and bridleways around the Lodes Way. It’ll certainly need a wash. 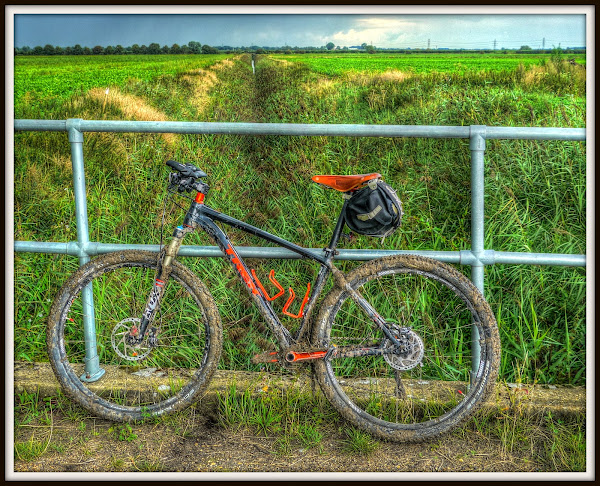 Friday, 15th August 2014: This was more of a Poet’s day ride – what struck me was how much maize there was growing in the fields along the Lodes Way. 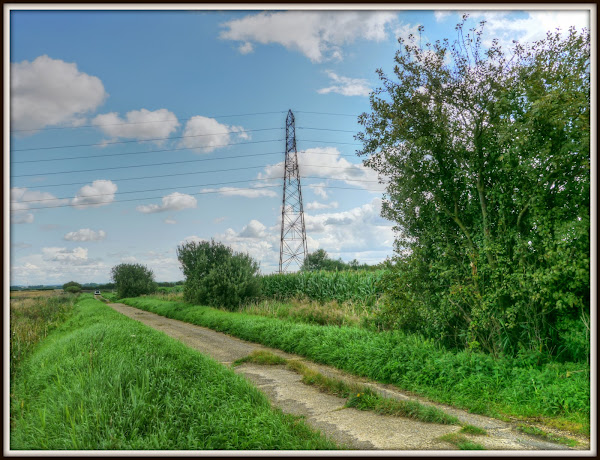 Lots of Berries around as well – White Fen 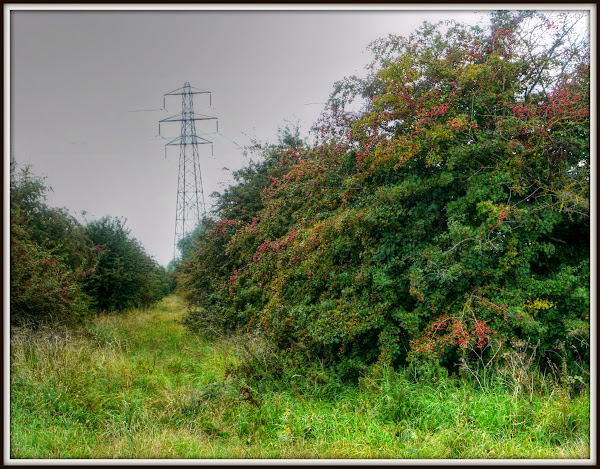 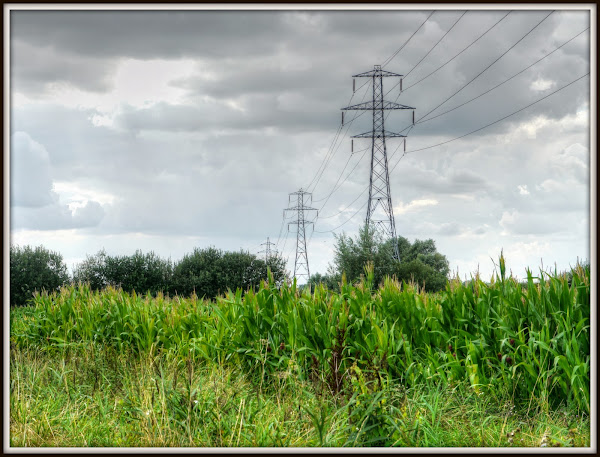 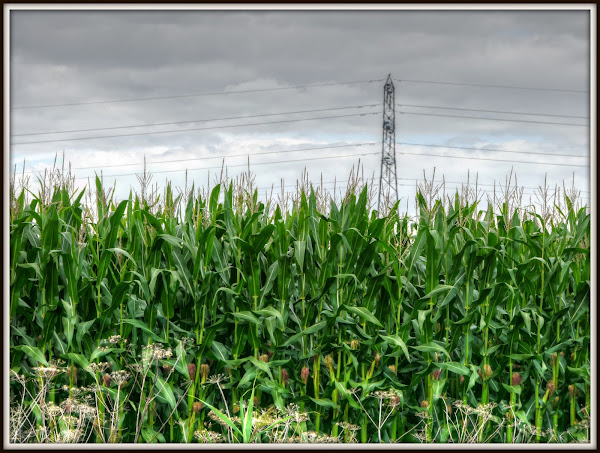 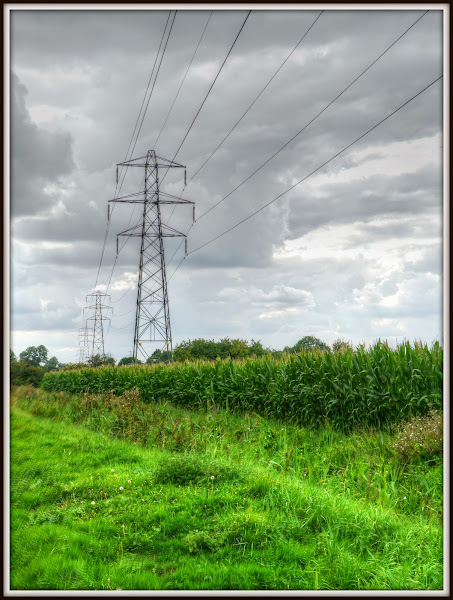 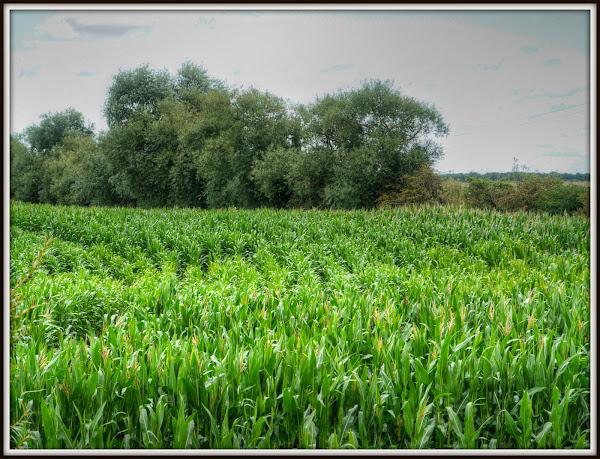 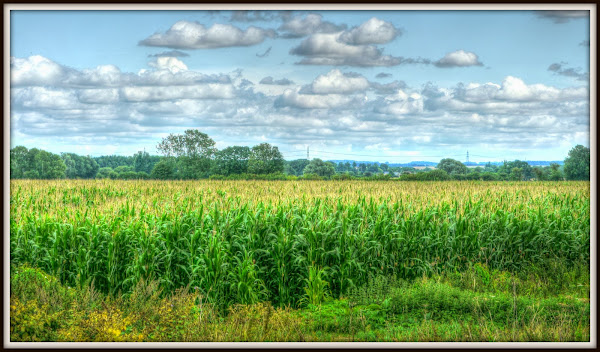 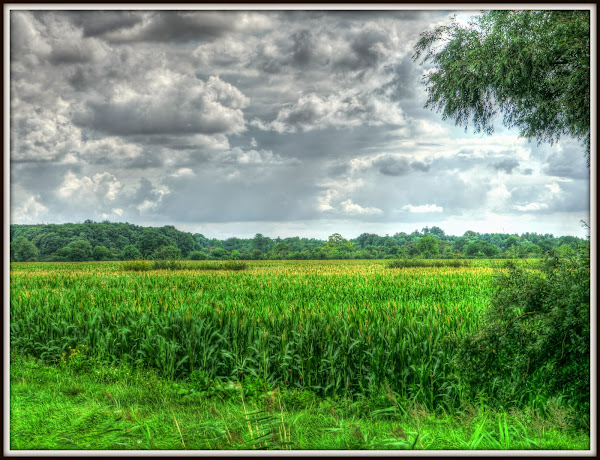 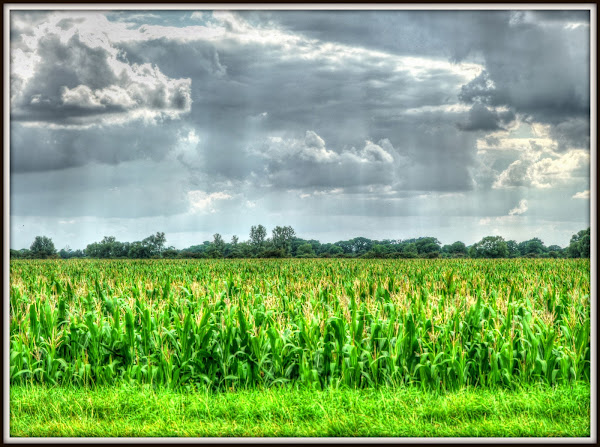 Phew – as far as I can remember they are all pictures of different fields, some was cover crop grown around the edges, but more was fields of the stuff. Is there some sort of agricultural fashion approach to cropping. 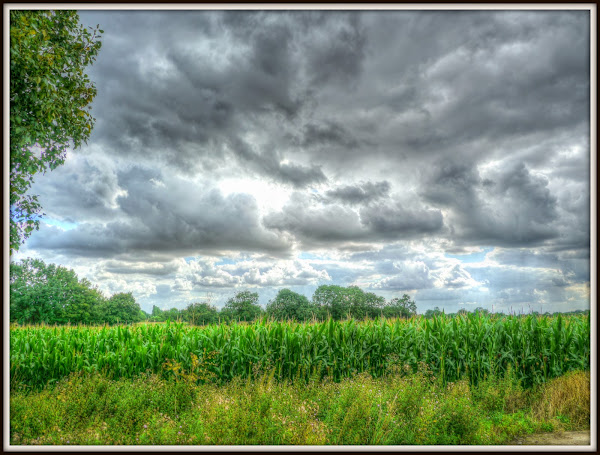 Saturday, 16th August 2014:  When I want to catch up on the week’s Archers I quite often cycle around Low Fen Drove Way and across the fields to Lode and then Lodes Way. Traffic is so noisy I can’t here myself think sometimes. I know some people go on about how cyclists shouldn’t listen to their MP3 players – but they don’t seem to care about the sheer level of noise that cyclists suffer from when cycling along busy roads.

Flipping motorists forget just how much sound insulation cars have nowadays – cyclists apparently here more ambient noise when listening to an MP3 player than motorists in their cars listening to nothing.

As I turned off High Ditch Road I stopped to see what this planning application was all about. Apparently there is going to be the introduction of a 40mph speed limit, not all the way along the road, but just out of Fen Ditton where there is a 30mph limit and over the old railway line, but well before the Low Fen Drove Way turn. The remainder will then presumably be 60mph? This seems crazy given that NCN51 crosses High Ditch Road – they should have made the whole lot 40mph and saved in signage.

It seems as if the council think that their 30mph limit has been extended – which isn’t quite the case. This seems to be a missed opportunity. in my experience High Ditch Road is not a good road – the road margins undulate and it is used by cyclists  - which makes 60mph seem to be a crazy speed limit. Especially since the speed limit along the Newmarket road from Quy is 50mph.  I can’t see much planning in this application. unfortunately the consultation has closed.

The Planning Application above is for up to 1,300 homes. The urbanisation continues.

High Ditch road getting a little bit of a 40mph limit 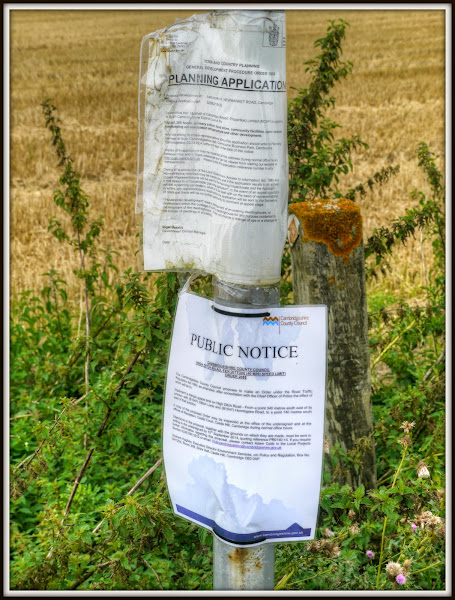 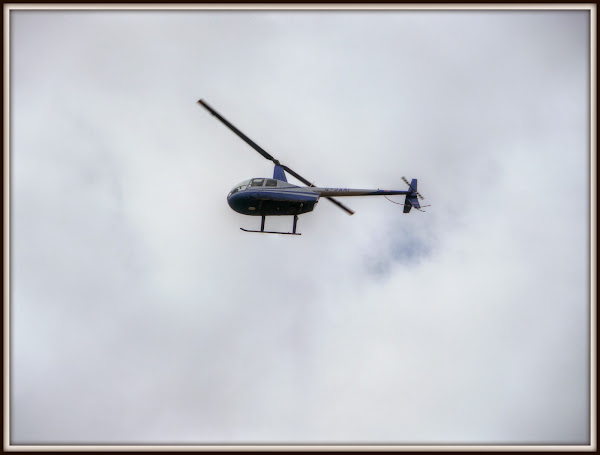 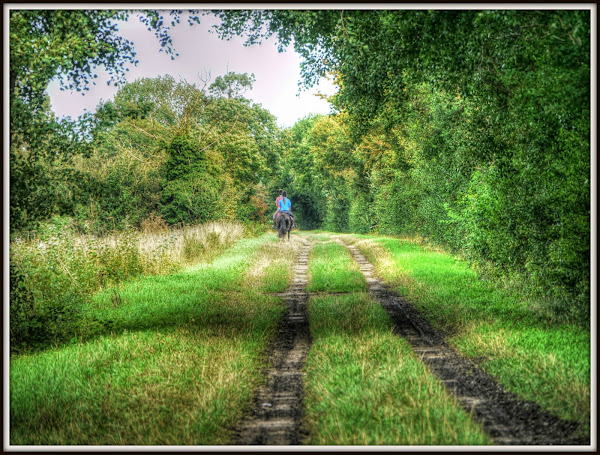 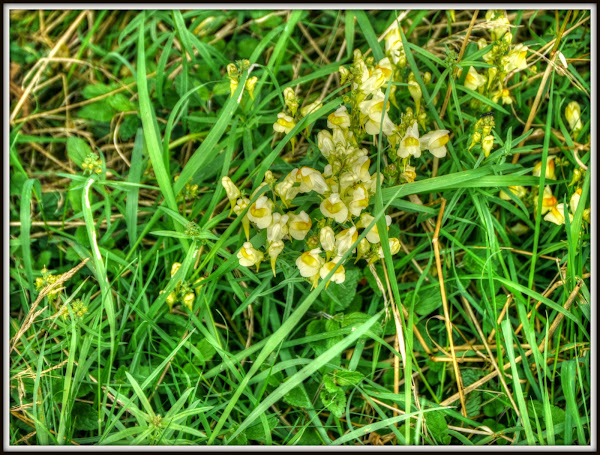 When I saw this – in my mind I call it “snake-in-the-grass” which doesn’t appear on the list of common names on Wikipedia. The proper name is Arum Maculatum – which does list common names that includes snakeshead and adder’s root. Maybe my memory is dodgy - 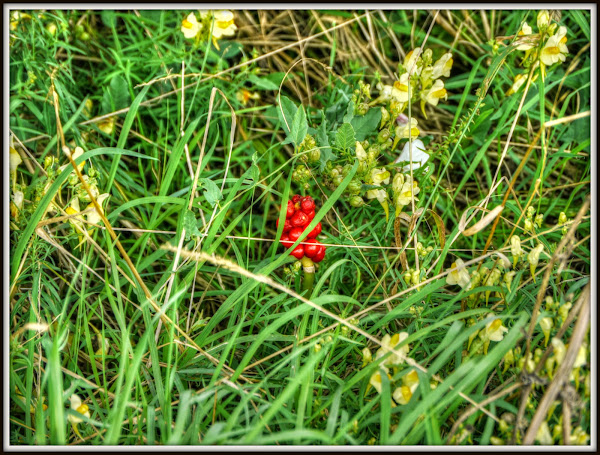 Combine in the field 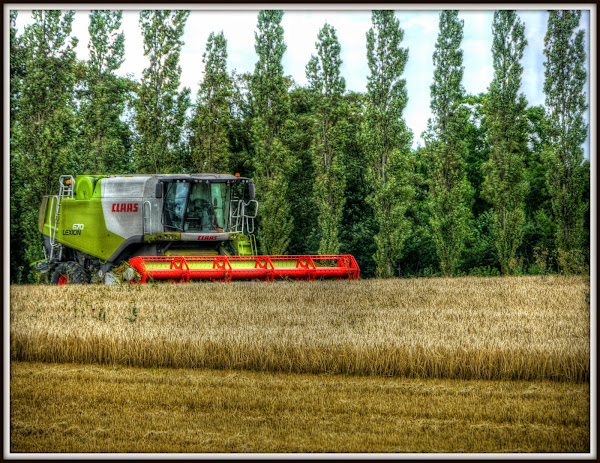 There were some strong winds around when I was up in Scotland – it seems to have caused some tree damage in Cambridgeshire. This tree sits on a crossroads along the Lodes Way. 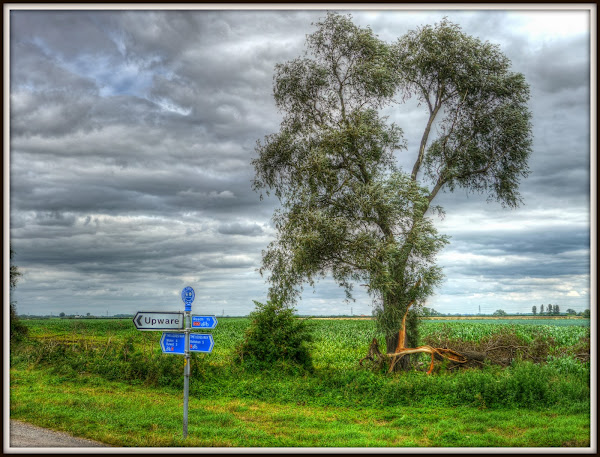 Google+ auto-awesome’d it so here it is again. 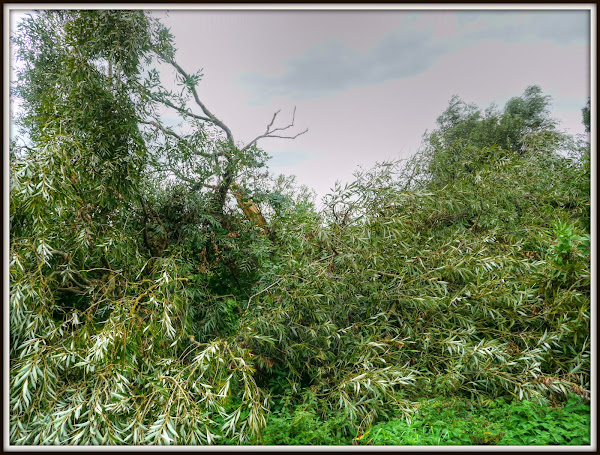 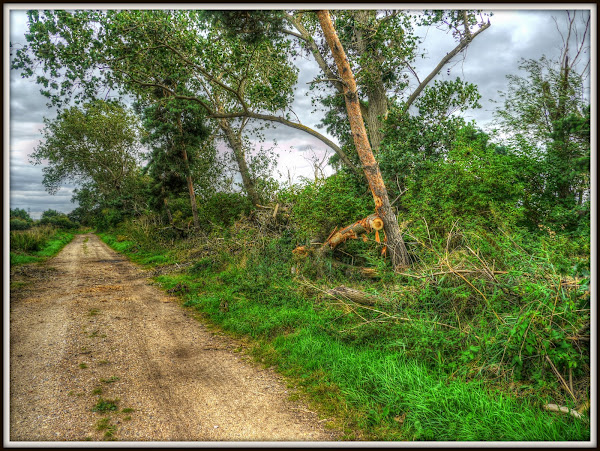 Sunday, 17th August 2014: By the end of the week the weather had picked up, once more there were blue skies. Lots more fields had been combined. 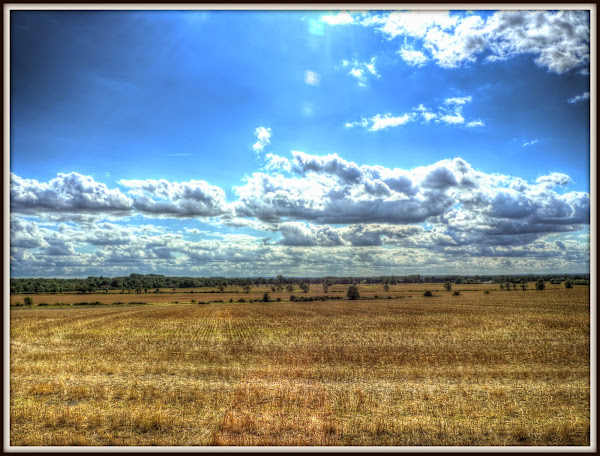 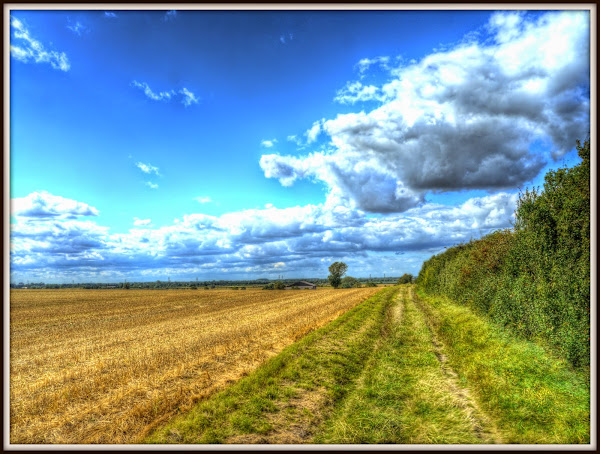 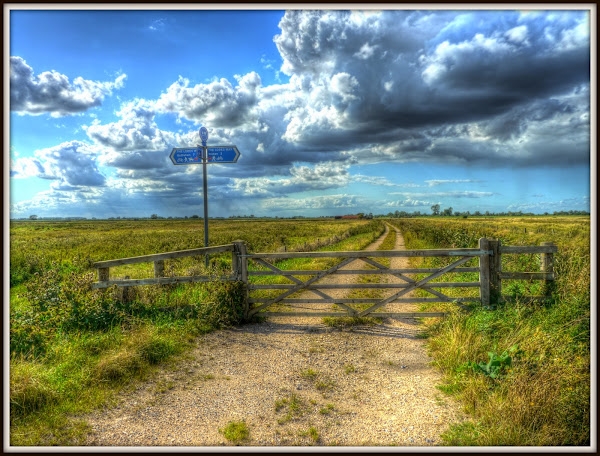 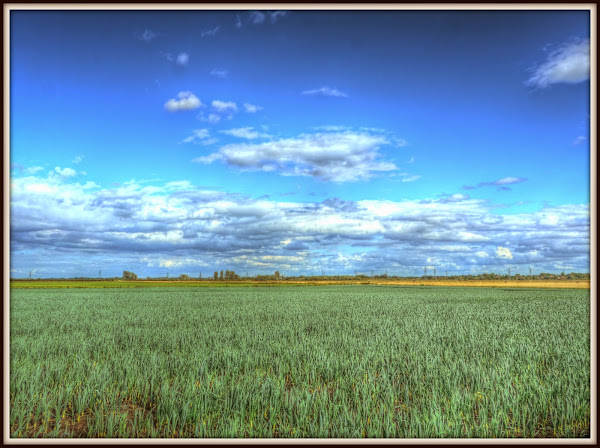