Thoughts for the week… Punctures and games

I reckon that the last month has been pretty gloomy and I generally find it harder to get out on my bicycle in the gloom, especially when it is windy and the sorts of roads I cycle on are covered in “my-tyre” seeking sharp bits of grit.

However thanks to the wonders of “gamification”  I cycled further in November than any previous month for the last couple of years.  (It was 1,815Km if you were wondering). I blame my son, he tracks his running and cycling on Strava, so I joined up. I also took up the Monthly distance challenge of 1,250Km and despite the gloom and the wind and the rain it added another extra push to whatever it is that gets me cycling.  A couple of weeks ago I even went out for a 200Km ride, which is not something I would normally think about in the Winter months.

The good news is that it makes me feel a little more cycling-fit and makes distances shrink just that little bit.

A View from the Green Wheel – Peterborough – River Nene 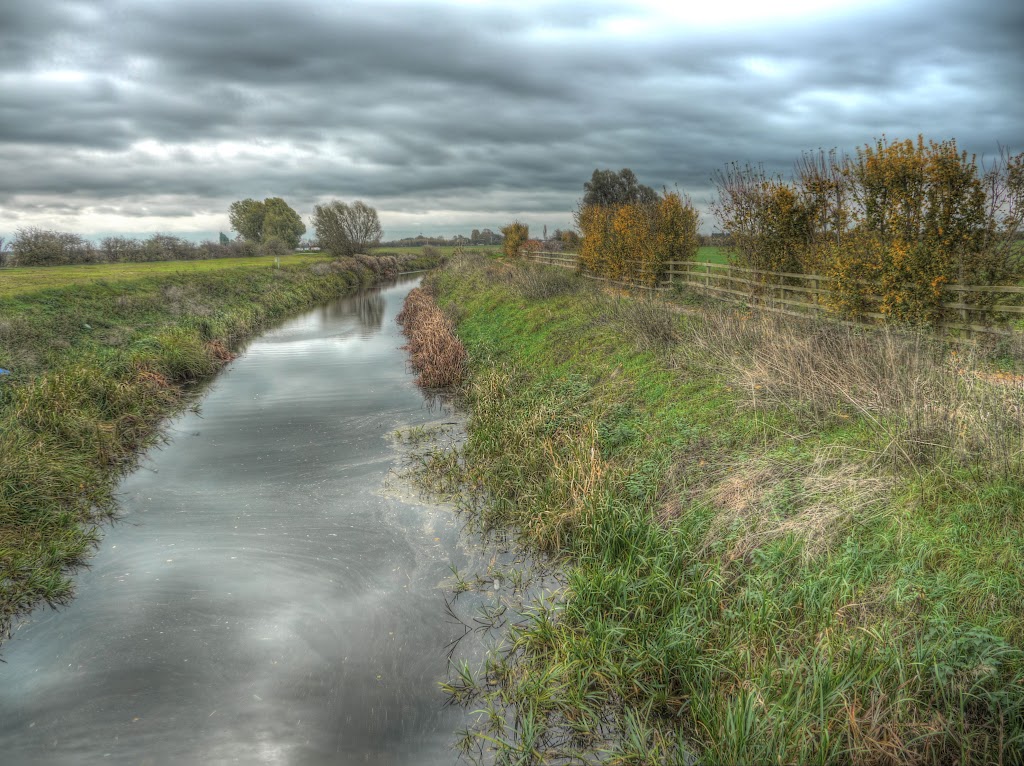 The bad news is that I have had to deal with three punctures over the last few weeks as well.  For a change I have been using Schwalbe Durano Plus tyres. Because I hate fixing punctures when my bike is muddy and it is wet and dark I have also been using slime inner tubes.  I have been using slime inner tubes on my MTB for quite some time and they have massively reduced the problems of flats.  So much so that when I replace my MTB tyres I will probably go tubeless.  At least on MTBs I am sold on the concept.

My first trial using the Durano Plus tyres and slime inner tubes on my road bike (Willow) was a ride to Kings Lynn and back. It is a round trip of around 100 miles and following the first rule of enjoyable cycling I was heading out against the wind and would be pushed home by the wind. A few miles shy of Kings Lynn, I had settled into a rhythm and was looking forward to the turn-around when psssshhhhht,   pssssshhhht,… and the back started to go very wobbly.

To cut a long story short, there was a centimetre cut in the back tyre. The slime (green) was evident, but struggling to patch what was quite a big hole.  I positioned the hole near the bottom and pumped some air into the tyre. (200 pumps using my mini-pump) It seemed to be holding, but my mini-pump which hardly ever sees the light of day was past its best. 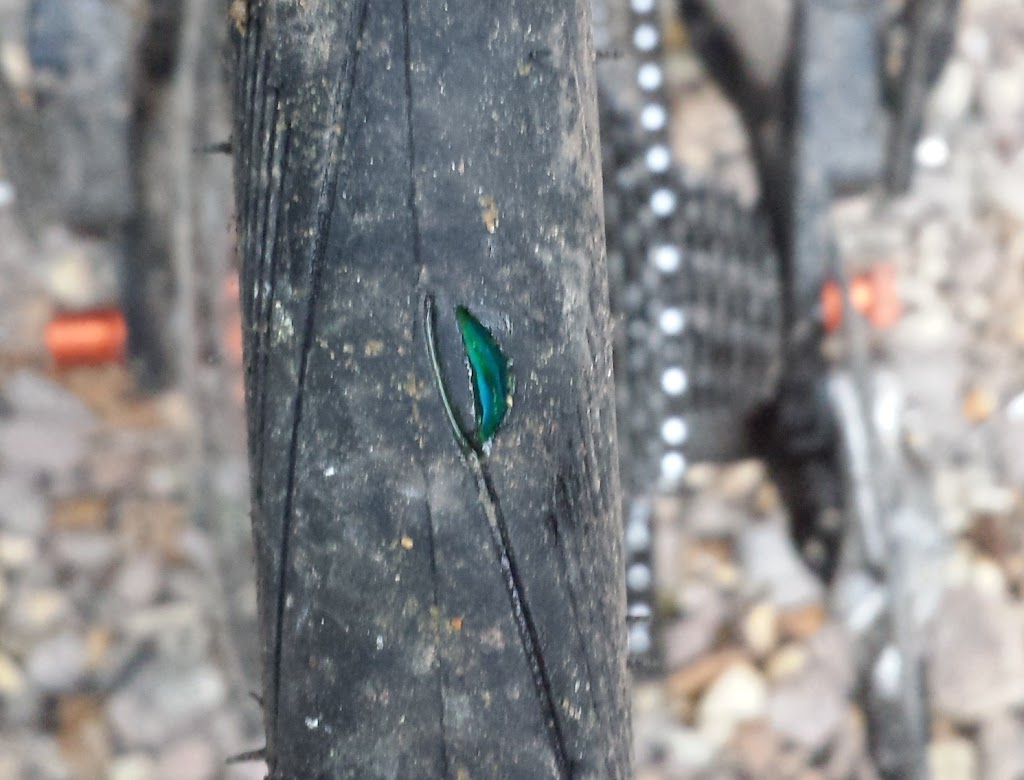 I set off, I had spare tubes and patches, but the bike was filthy, no mudguards and lots of muddy silt on the road gave the bike an organic look. Should I stop and head back to Watlington and catch the train back to Cambridge or should I carry on, or should I patch the tube.  I decided to carry on to Kings Lynn and make a decision there.  I had to stop a couple of times on the way to Kings Lynn to pump the tyre up.  The hole was too much for the slime and after a quick bit of mental arithmetic (about probability) I reckoned that the hole in the tyre was bound to get more grit and so I opted to let the train take the strain.

It took another three stops to pump up the tyre to get home from the station.  The annoying thing is the tyre was only around 11 days old (about 1,000Km though). So what to do. I am going to patch it, with super-glue (or a rubberised version) but I am probably going to wait until the summer months before putting it back on again.  I am going to switch back to Schwalbe Marathon Plus and since the slime inner tube did help me get home I am going to put a new slime tube in. 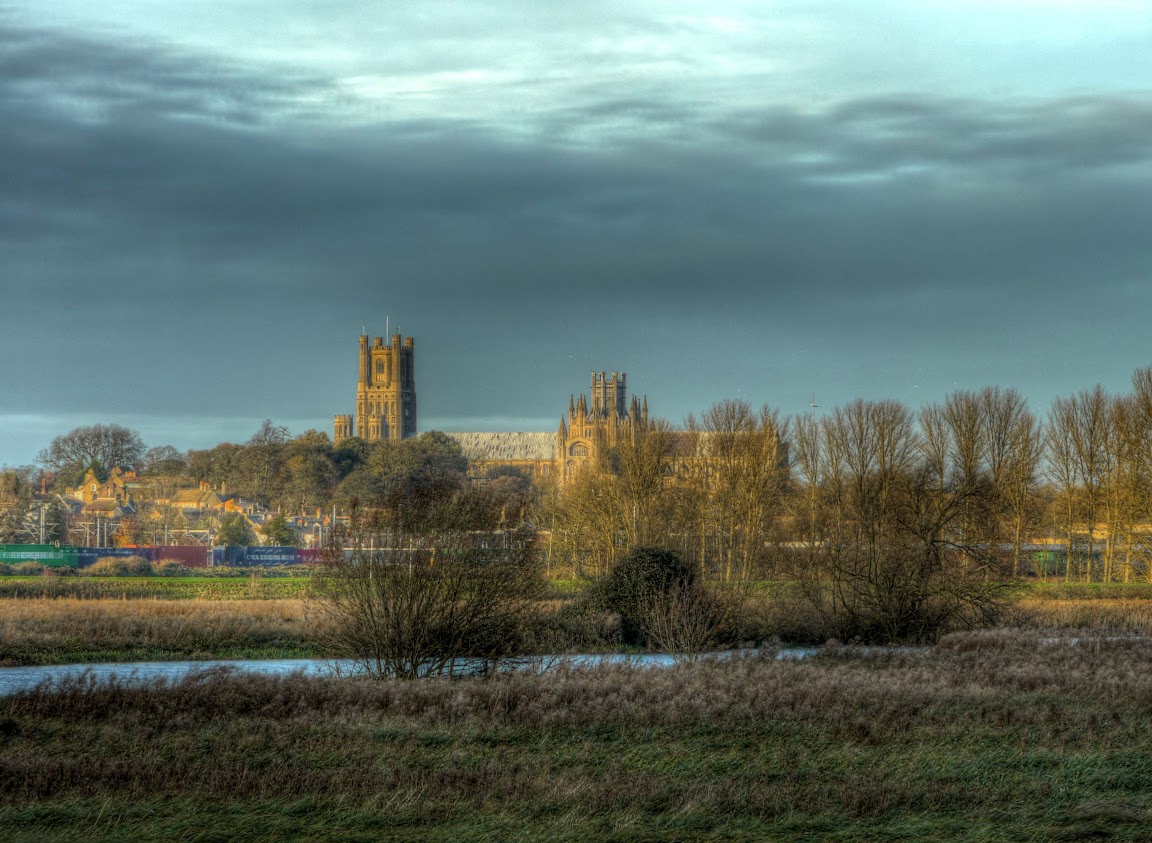 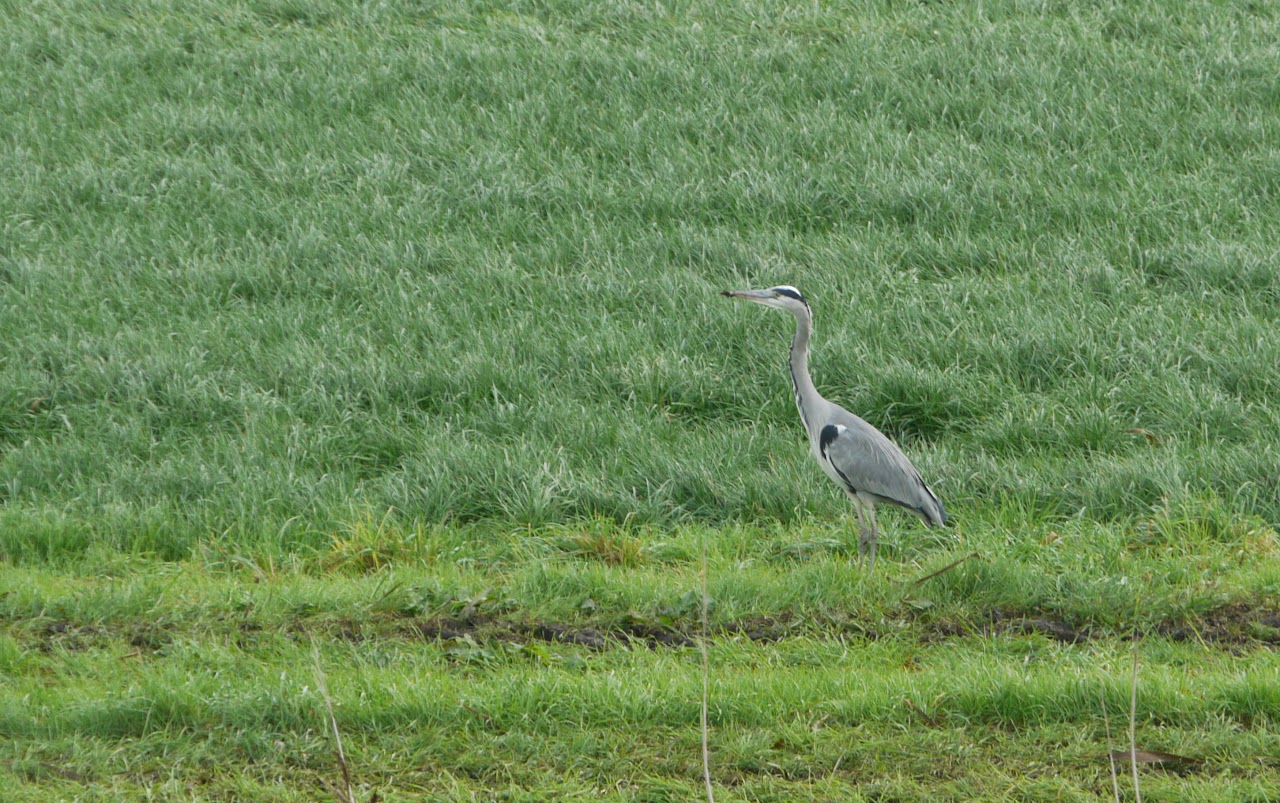 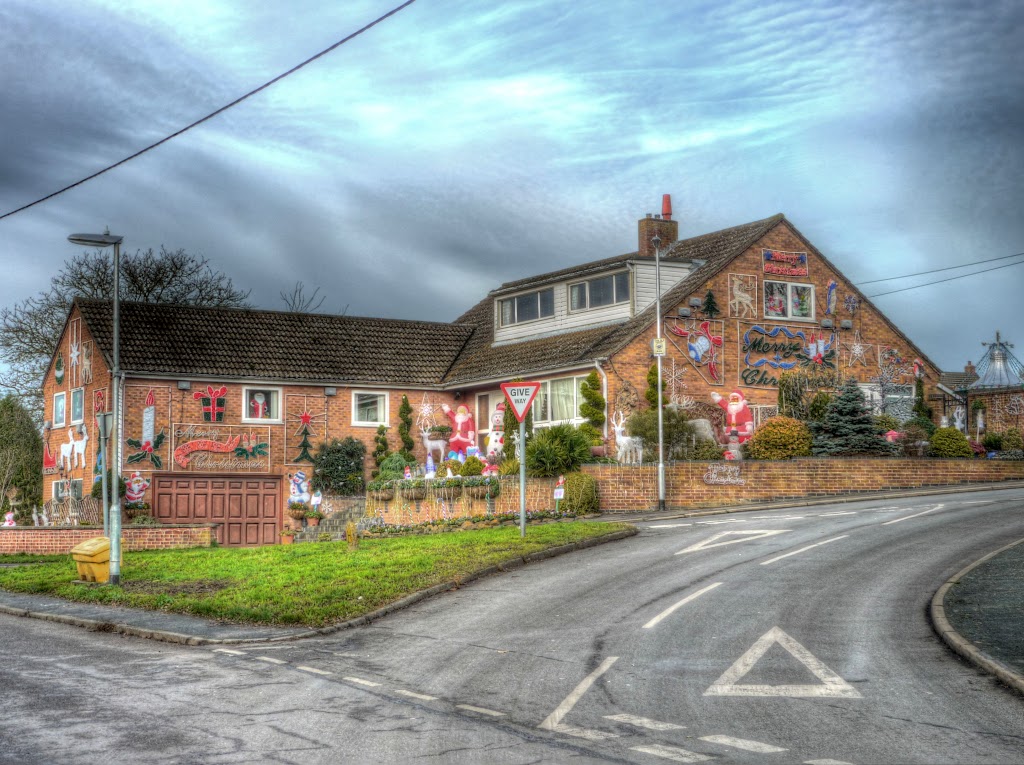 Fen Skies – it was a chilly evening 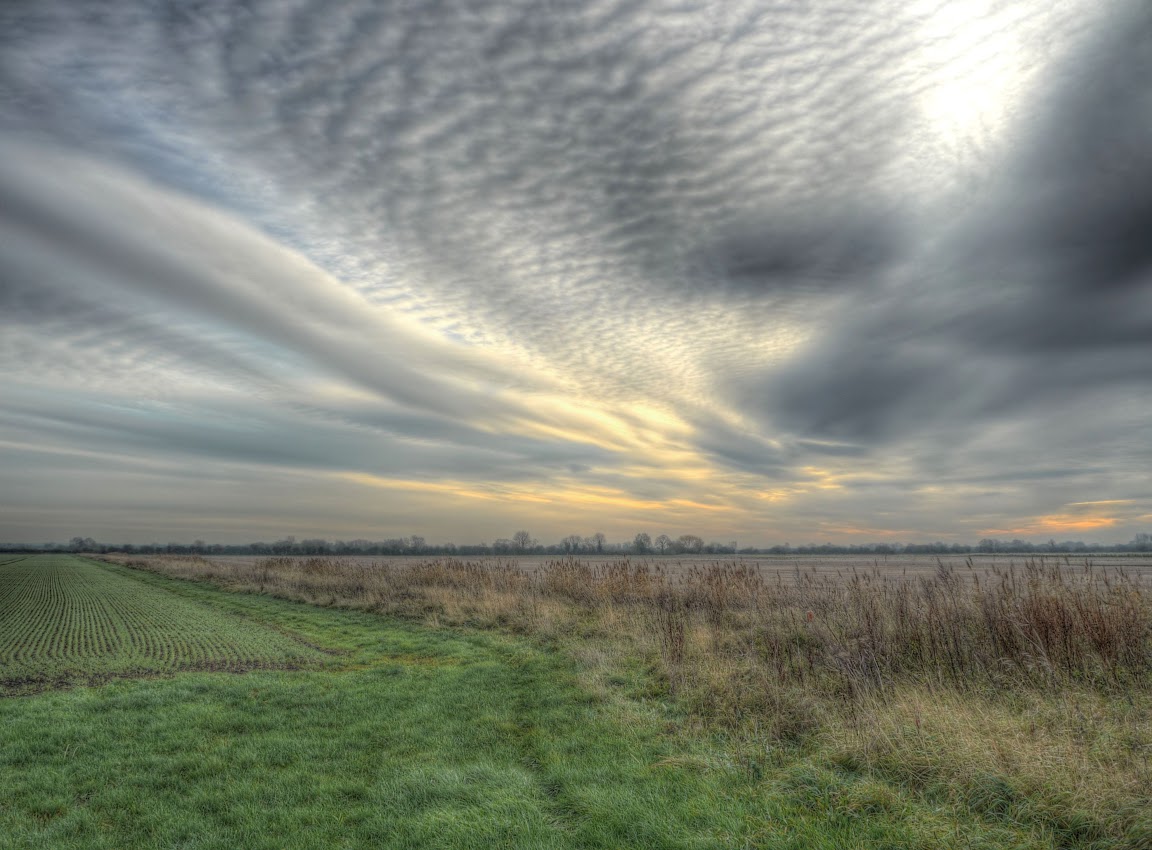 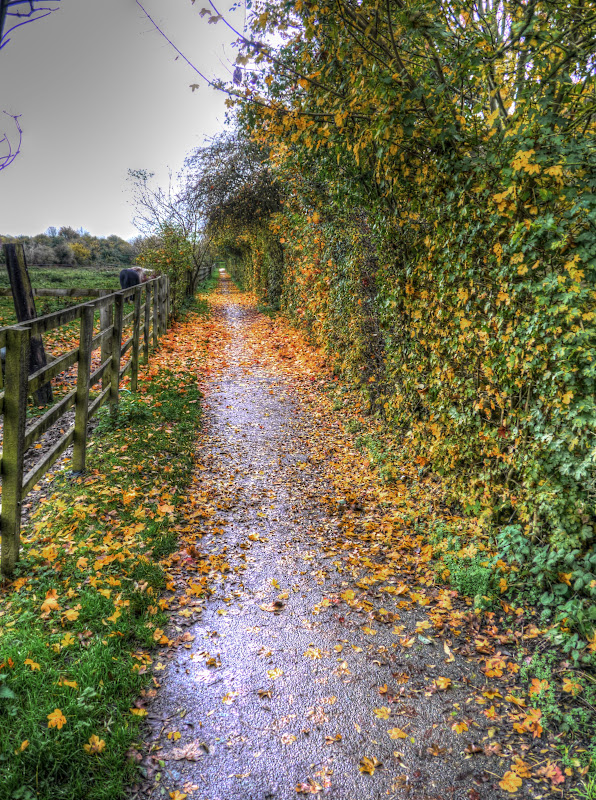 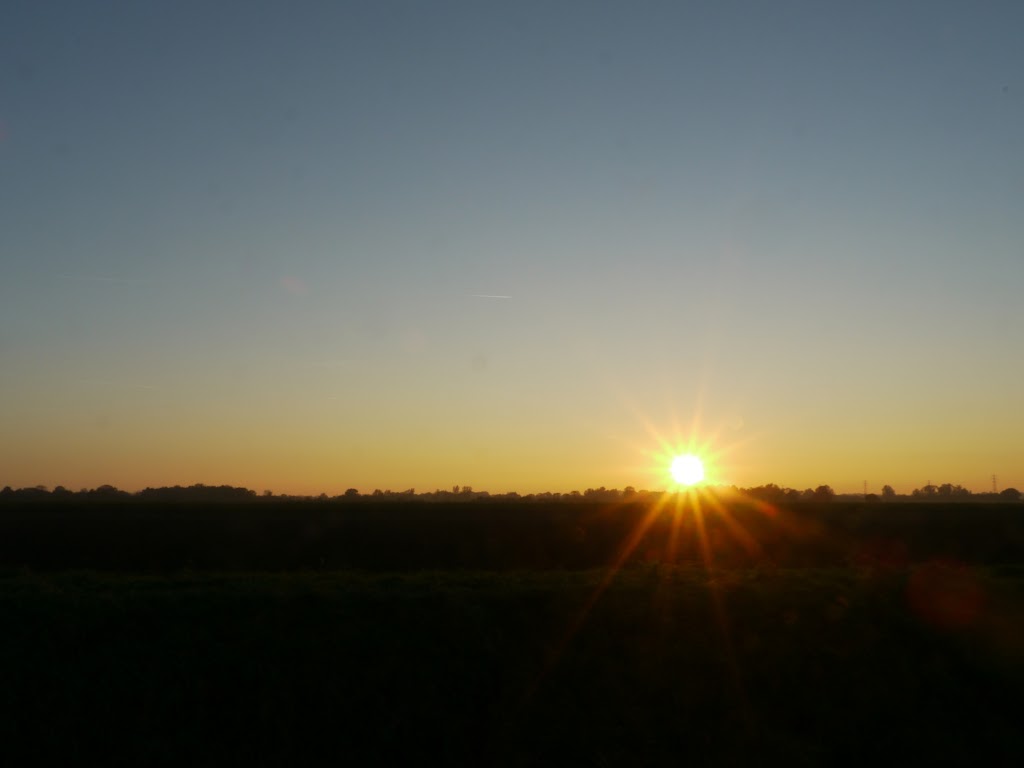