Having been back in England for a few days I have been reflecting on my experiences and the highs and lows of the trip.

First a few facts and figures:

Would I go back to India? - yes, no doubt about it. Although next time I will probably follow the more usual tourist trails to get a different perspective. The great thing about cycle touring is that you generally avoid the Tourist and Backpacker trails and visit places that are either local tourist spots - or just don't have tourist activity.

So what were the highs and lows. No doubt about it for me - the low spots were related to the chaotic and noisy traffic and the very low levels of courtesy shown to those low down the motoring hierarchy - cyclists and pedestrians. Whilst accidents happen all over the world - India has what many could consider to be an unenviable record. According to the Boston News almost 100,000 people died on the roads in an '06 report. It also suggests that this figure will grow by 5% per annum. India has the second worst rate of deaths per annum, behind China as reported in the iGovernment report. To contrast this with the UK - less than 3,000 people died in traffic accidents in 2007. (ONS) if you take the number of accidents as a proportion of the population India is not as bad as it looks though - roughly twice as many accidents per 1000 population than the UK by my reckoning. Mind you the fatality rate is reducing in the UK whereas it is growing in India. The UK has higher rates of vehicle ownership than India for instance.

This was brought home by the accident on our trip which saw Abby have to return to the US for treatment for her broken jaw. I do not believe in compulsory cycle helmet wearing in the UK - I think it gives motorists an excuse to take significantly less care when there are cyclists around - however there is no way I would cycle in India without a helmet. Mind you a helmet did not help Abby.

So what were the highs - well the people, when not driving, were open and friendly - "where are you from" what do you do" being two of the most common questions. At times the levels of service were superlative - amongst the best I have experienced anywhere - Kingfisher Airlines gets a special mention - even disregarding the help they gave me to ship my Bike Box, they were really good. The additional help they gave me shows that the high levels of service run deep within the organisation.

The food (vegetarian) was great - I was perhaps a little surprised it was not, sometimes, a little spicier, but given our US travel companions that is understandable. I particularly liked the Keralan speciality of serving a meal on a banana leaf - even though as a left-handed person I have a slight handicap as I am not quite so dexterous using my right hand. (Of course I did not use my left hand, after all when in Trivandrum...) 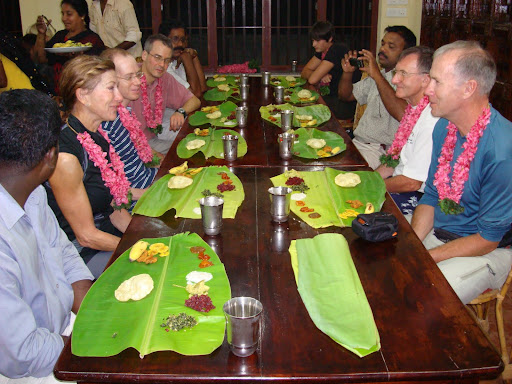 I am also pleased that I was not found too wanting on the hills - I was lucky enough not to have any technical problems and my body was able to drag me up and down the hills. The countryside around the Tiger Reserve and Tea plantations was beautiful and the traffic was not unpleasant. Ben did very well considering his only training for this trip was to eat a few curries in England! What it is to be young and fit eh.

The Tiger reserve - where fortunately we were not meals on wheels. 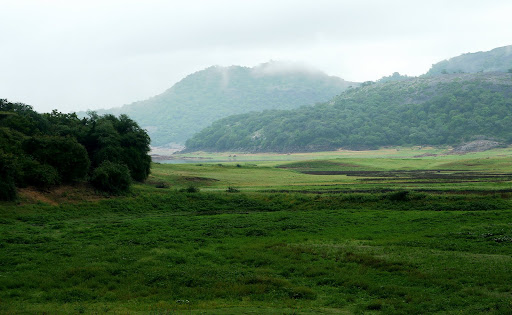 The Teas plantations around Munni looked well cared for and were idyllic to cycle around - even if the hills were steep and the rain torrential. 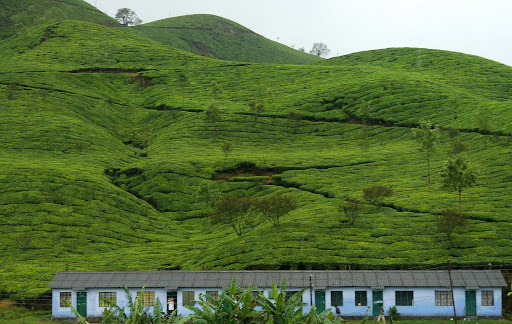 The same plantations in the morning sun as the pickers go to work. 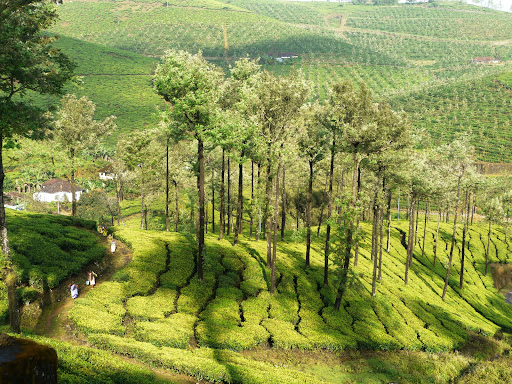 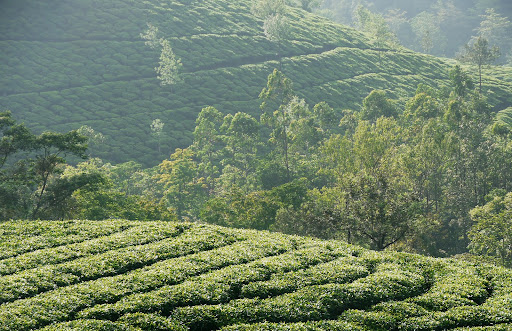 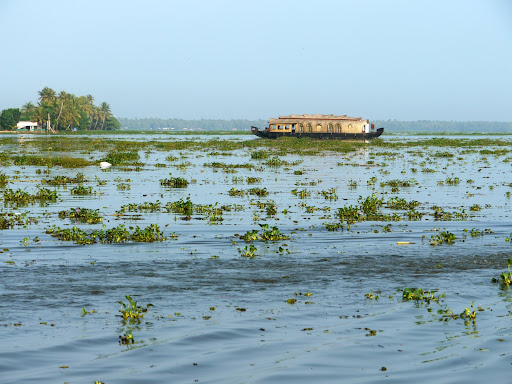 We were also blessed with fine weather on the Houseboat - so it was ideal for catching the sunset. 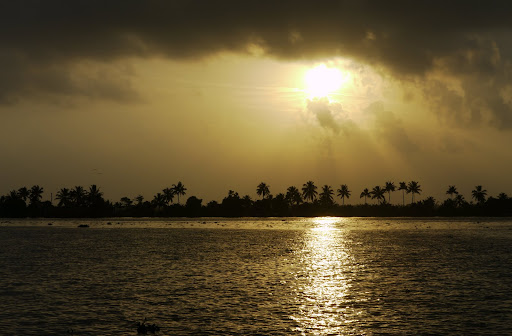 Not forgetting the sunrise as well (The only challenge was the sauna-bedroom!) 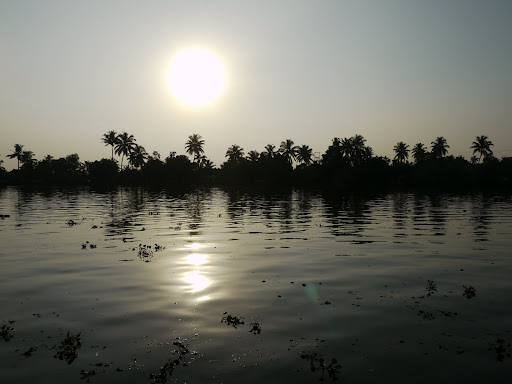 So finally a big thanks to Bob and Raj for making this all run as smoothly as possible. I should also like to thank all of the participants - a great group to cycle with and share the challenge with. - Thank you . 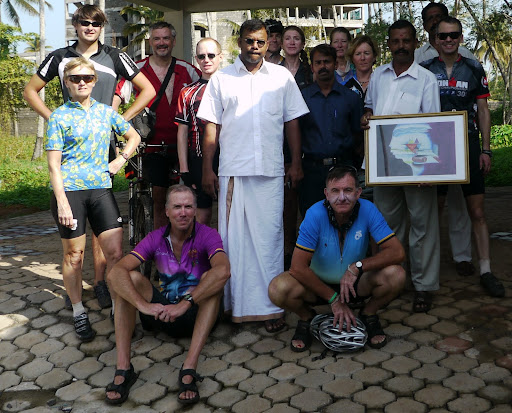 Lastly a reminder of the places in India we cycled. 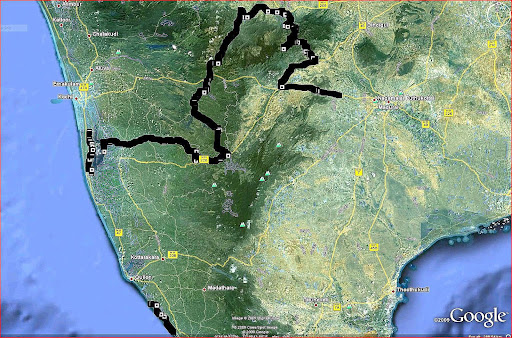 Where next? Well I would either like to cycle in Japan - a place I have been to many times on business. I would also like to cycle somewhere where there is less traffic - perhaps Morocco in the Atlas Mountains... Watch this space.