Back at Downing College

Friday, 14th October: I had to be at the College even earlier so in the space of two days I got to cycle in the dark in the early morning and the later evening – although not both on the same day. (Sunrise 7:22am).

Here is a link to the Landscape Photographer of the Year pictures in the Daily Mail – I can aspire.

As I mentioned in my last post cycling in the dark can be quite pleasant – I was wearing long-fingered gloves though.  I had a brief potter the wrong way just for the fun of early morning cycling and even got this picture of the sun rising. 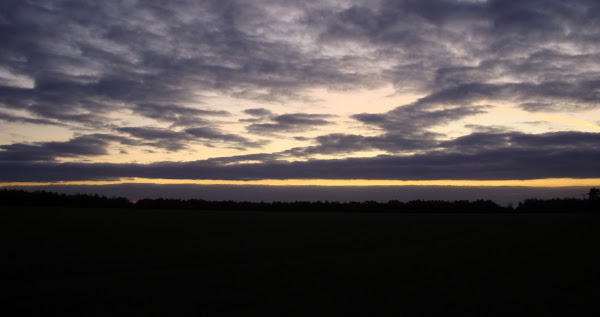 Even with my detour I had some time before I needed to be at the College cooling down so I cycled round the block – along Regent Street, down Downing Street and then back round along Trumpington Street and Lensfield Road. To be honest I think that I could easily have left a little later and not actually had to cycle in the dark  - but I enjoyed it and beat the rush hour.

As I turned down Downing Street a lorry unloading was there to greet me force me out into the oncoming traffic along with a car tucked in behind as well. This is not an uncommon problem judging from this article (and this one)  on the Cambridge Cycling Campaign and this page of pictures.  These are probably the same drivers who complain about cyclists jumping red lights. 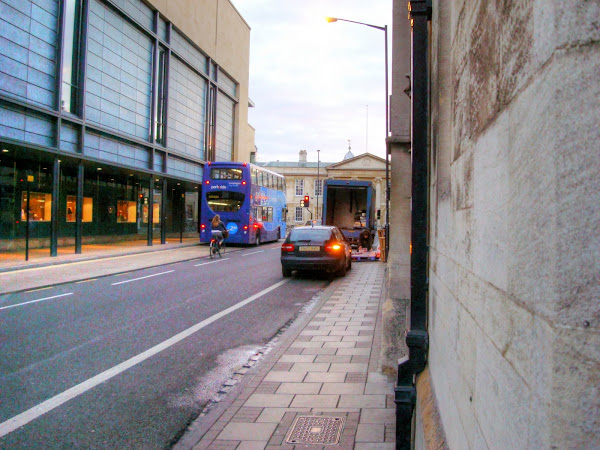 cycling back along Lensfield Road you can see that autumn is definitely upon us alongside the Department of Chemistry. 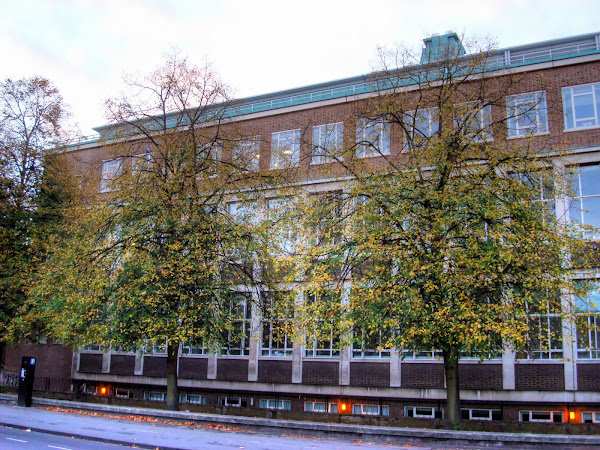 Although I started earlier I also finished earlier – POET’S day ruled.  This is the view looking back along from the re-working of the area along Riverside.  This is looking from Riverside towards the city centre and under the Elizabeth Way Bridge.  It used to be possible to park under the arch to the right – I am not sure if that has now been stopped as it certainly affects the sight lines. 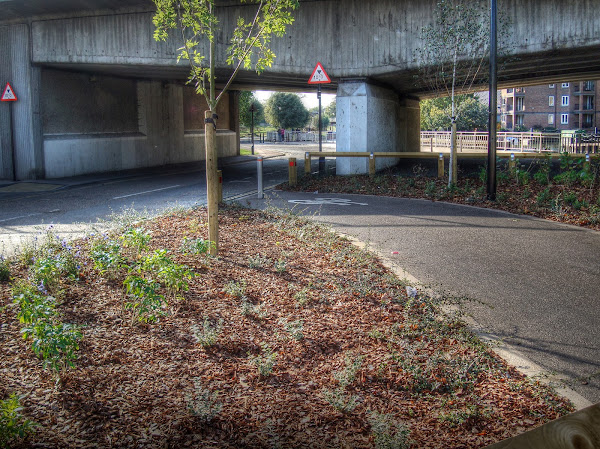 The view along Riverside – blue skies and the occasional bike stands. 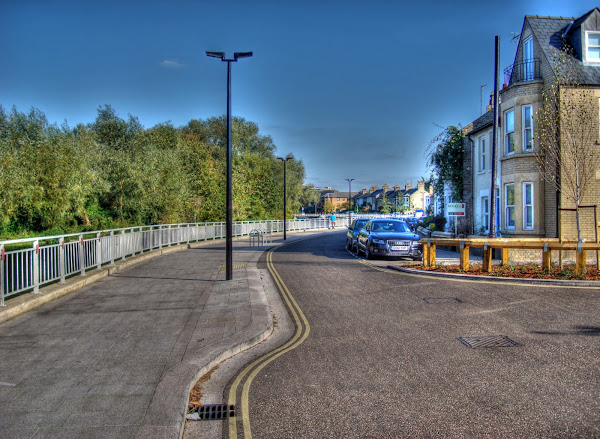 I mentioned recently that there is a footpath between Stourbridge Common (Friends here) and Ditton Meadows that takes a short cut and via a footbridge over the railway line. Here is that footbridge. 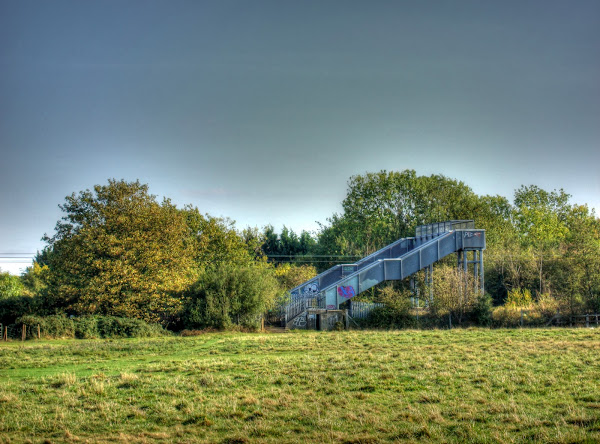 The chestnut trees turned brown quicker than most of the other trees. 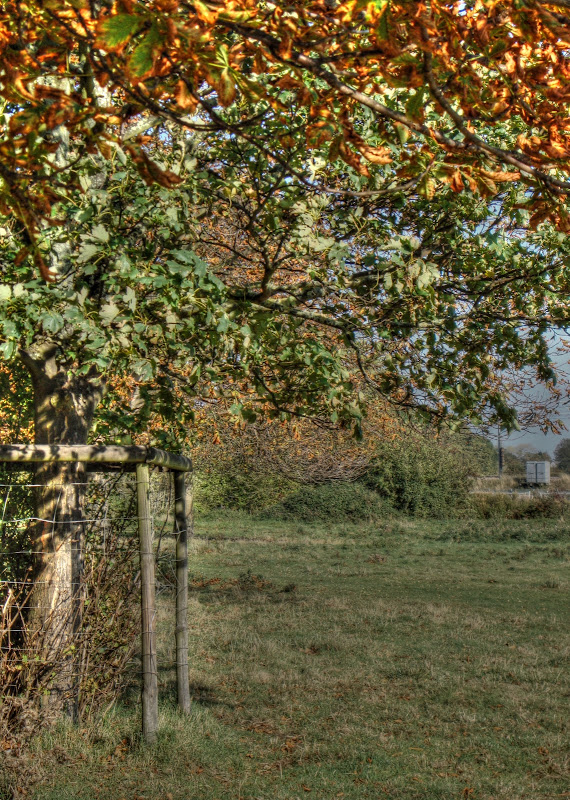 For exercise I headed out along NCN51 and then back down High Ditch Road into Fen Ditton. This is the bit where NCN51 crosses High Ditch Road – loads of berries – is it going to be cold? 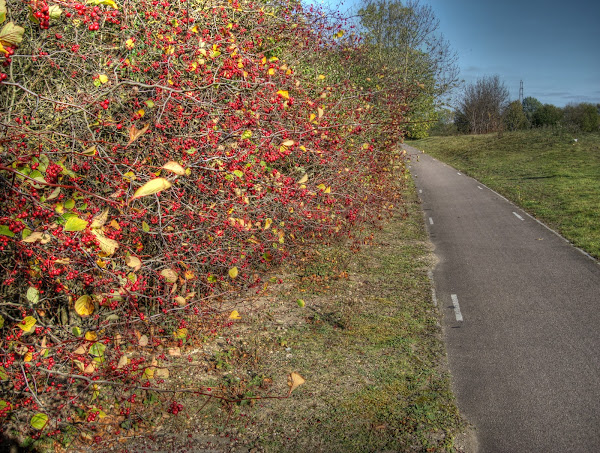 A last link – Lawson Cypress trees are apparently also at risk from a deadly fungus.