Monday 28th November: The week started with a meeting over at the DoubleTree hotel in Cambridge. I did have a look on their website to see what information there was on cycle parking and couldn’t find any, although they did have a Spa, which does sometimes indicate cycle parking might be available… Cyclestreets was more helpful, but less reassuring with a picture showing bikes parked along the street and a reference to the “need (mainly for staff, presumably) at the DoubleTree hotel…”.

As it turned out there was cycle parking by the Spa after the hotel’s car park barriers. The parking was not the best sort – but at least it was somewhere within the grounds. It was the sort where you slide your wheel in and then struggle to lock the wheel and frame with a standard D lock.

For a change I set off in plenty of time and as it was cold, it meant I had an excuse to take the long way, I can cycle faster when it is cold, without getting to hot and sweaty at my destination. I went out East along NCN51, I did say it was the long way, and then back through Cherry Hinton, Long Road and then down New Bit, Coe Fen (on NCN11) and right up to the door of the Doubletree – the back door next to the cycle parking.

I had my small camera with me and wasn’t really planning on stopping until I saw some Spindle. After the Swaffham Bulbeck Cyclist pointed it out on the Lodes Way I have kept my eyes open and not seen any.  As is often the way when you stop looking for something you find it 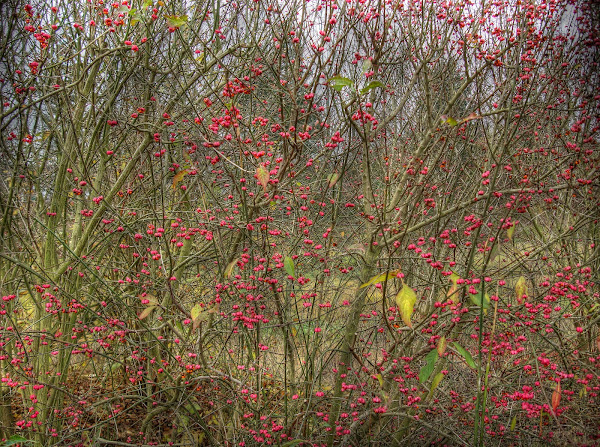 The berries are really quite a distinctive pink, with these on NCN51 on the shared use path between the Newmarket Road P&R and Tiptree Close. 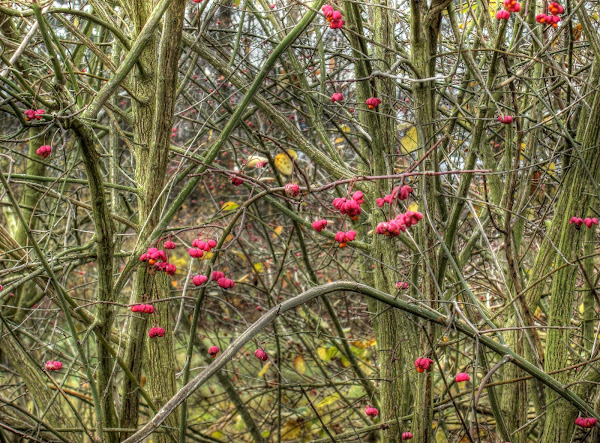 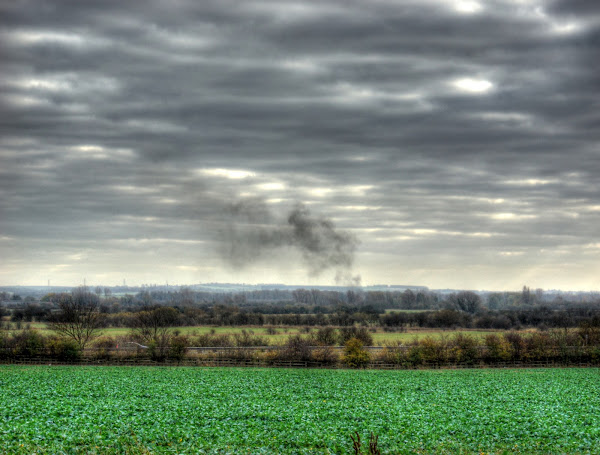 After dallying in order to take a few pictures I decided I really ought to get my head down and head back into Cambridge, I didn’t want to be late after all. This is the final picture taken just as I arrived at the DoubleTree.  It is the shared-use path in Coe Fen – part of NCN11. 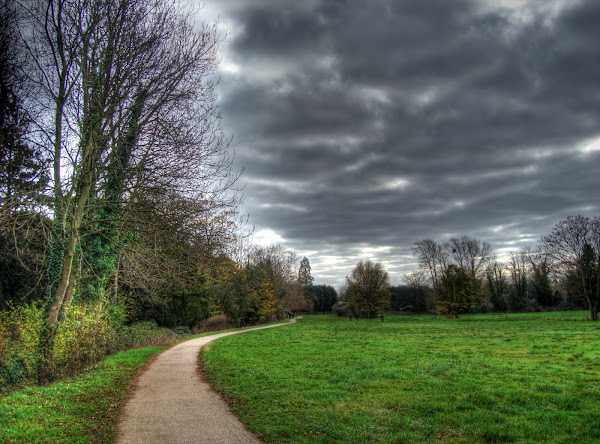 After a most pleasant ride as soon as I walked in the hotel I had to shed some clothes pretty quickly (not too many of course).  Hotels are heated to be comfortable for sitting around and chatting – not for cyclists fresh off their bikes after a pleasant spin around the town.  To be fair I don’t suppose that places like the DoubleTree get a lot of cyclists visiting. Although this is Cambridge.