The cracks of doom have been filled (mostly)

Sunday, 11th December 2011: A couple of days ago the Swaffham Bulbeck Cyclist (SBC) left a comment mentioning that the chasms along Headlake Drove had been patched up, so as it was the weekend and although grey and quite cold (less than 10C) it was dry so it was time to cycle out around Honey Hill/Snout Corner and then from Horningsea to Wicken Fen and back again. This is a regular route of mine, as quite a lot of it is off-road it is also means I can catch up with the weeks Archers podcasts (not forgetting Ambridge Extra). I am convinced that motor traffic noise (in particular tyre noise) has gotten worse than.

Even at this time of year it is possible to stay off-road on most of the route. I did cycle along the road to Upware and Wicken Fen though. These trees lie just off Low Fen Droveway, between the bit where it crosses the old Cambridge to Mildenhall Railway line and Snouts corner.

It was on this route a while back I noticed missing drain covers on the bridge over the A14, well the problem seems endemic now. The Cambridge News reported that “Thieves steal 96 manhole covers before crackdown”. (We seem to be in a world of sound bites and crackdowns at the moment.) Although the solution might well be plastic. 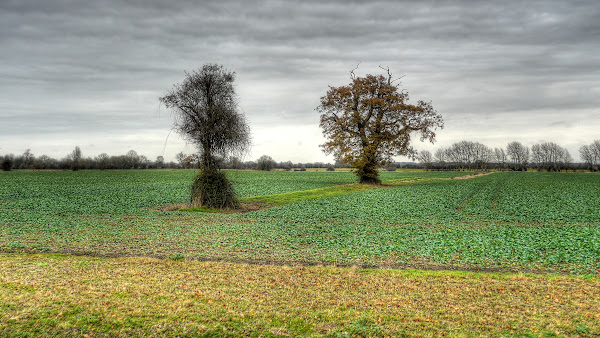 As it was a grey day it was a struggle to take many pictures, however after reaching Lode and cycling along the Lodes Way I cam across the road repairs on Headlake Drove – it looks like they are on going. 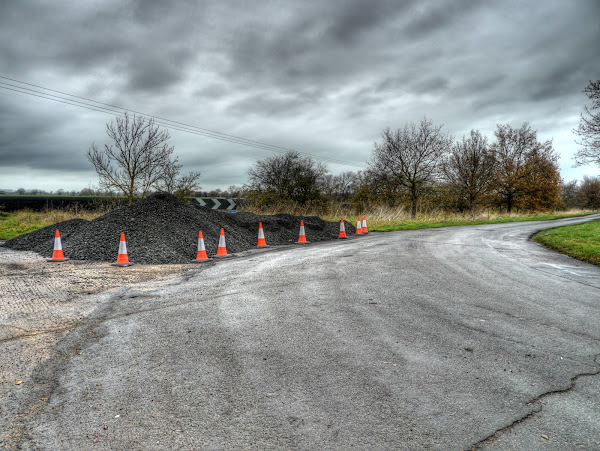 I reported the  problem twice. The first time was through the Cambridgeshire County Council website. Where I got back very little, very quickly saying that the problem was closed. My issue was really the total lack of information. Did it mean that the problem was going to be fixed, or was it deemed not necessary to fix, or what. So I re-reported the problem through the CTC fill that hole system. This through up a more considered response and I did add some pictures as well, but there was still no information communicated. If it hadn’t been for SBC I wouldn’t have known. Looking on the CTC website today there has been an update on the 15th December 2011. The CTC web details have space for adding a “planned fix date, but that is blank.

I have not received any e-mail update either. it seems that  the e-spirit is willing, but that the flesh finds it difficult to use. As you can see the repairs look pretty good, at the moment. 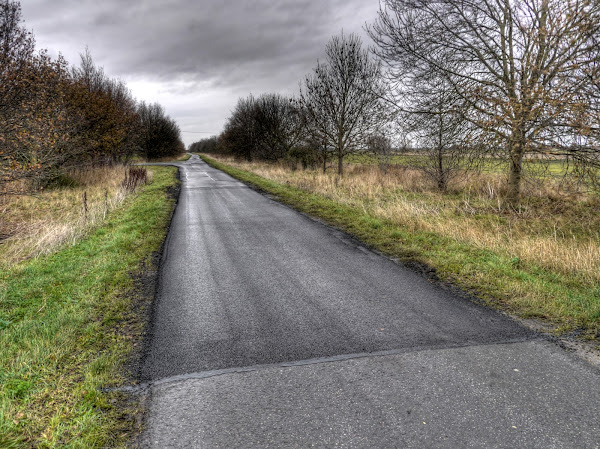 They have patched up chunks of the road, whereas I had assumed they would just fill the cracks.  I assume that one of the problems is that the foundations below the road are not consistent and so the surface bends. This bit of road was also widened and I thin that is also one of the issues. There are still a few cracks in places, but given the repairs appear to be on-going I didn’t look too closely. 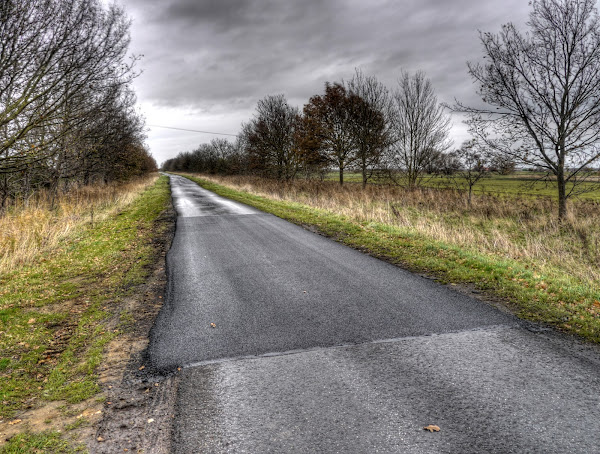 As I passed through Upware the Birse Civils encampment was still in evidence and I even cycled down to the pub to see if I could spot what work is taking place. I couldn’t though. I did do another web search last night, but found nothing on the web either.

After passing through Wicken Fen and past Priory Farm there were quite a few cars parked up along the verge. Which made me thin I would see lots of bird-watchers. (Note as you might expect in an area with agriculture peaty soil does find its way onto the roads and can be quite slippery when wet, so pay attention.)

I took this picture from the far side of Burwell Lode to give you an idea of the number of cars. As it turned out I didn’t see any bird-watchers. So I guess that many of these were out for an afternoon’s stroll. 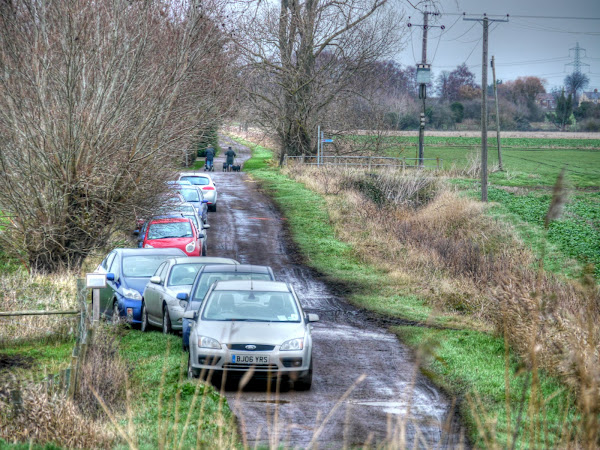 The only reminder of the birds, apart from them flying around in the dusk was this notice on the field-lock (like an air-lock but with gates!) over at Newnham Drove/Lodes Way. The notice indicates that there are up to 15 short-eared owls and asks visitors to stick to the signed routs (sic). (I know I can’t talk, whenever I look at an old post it seems to be riddled with typos.)

I probably ought to have lined up my cycle light more centrally on the notice as well. 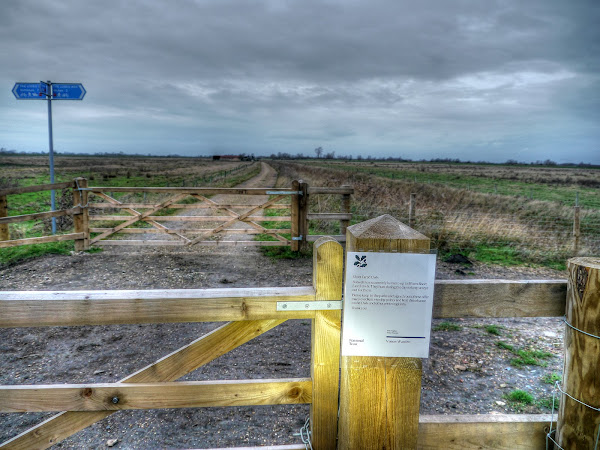 And that is it – a very pleasant ride, but not many pictures unfortunately.  I can recommend the Lodes Way for a pootle though. I also managed to catch up on listening to various Podcasts I had down-loaded through the week.