It is all relative

I have been “off the air” for a while, partly because I am cycling less and also because I have a bad back. Sufficiently bad that I had not felt at all comfortable sitting at my computer let alone going out riding.

Things seem to be on the mend so I shall see how it goes.  The trouble is if I don’t cycle then I take fewer pictures and if I don’t want to sit at my computer for extended periods then I don’t write my posts.

I have taken some pictures though which will feature as I catch up.

In the mean-time I have fixed a rather annoying little problem with my email and I can now access my Network Storage from my phone and iPad. It did require a bit of fiddling with my Broadband Router. It shouldn’t have required any fiddling, but it didn’t want to plug and play.

It seems that there are still far too many tragedies reported on the roads in the region. A cyclist died in a crash on the A140 in Norfolk and a Pedestrian was killed in a collision in involving two cars in Ely. However if you follow the www.roadjustice.org.uk website you can see that  the list continues to grow.

In the UK we seem to have strange views about road safety.  Whilst the Highway Code will talk about the responsibilities of motorists to consider Road users requiring extra care is (IMHO) suffers from being a rather odd mix of Code and Law.  So rule 163, which deals with overtaking  has a very nice picture of a car giving a bicycle a huge amount of space, but no real guidance on what motorists should actually do. In my experience as a cyclist motor vehicles almost never give that kind of space when overtaking a bicycle.

It also seems that too often the responsibility for safety on the roads is placed on the pedestrian of cyclist rather than the motor vehicle.  As a result of the significant numbers of cyclists killed in London Police Officers were given a target to fine 10 cyclists a month.  The MET chief has been quoted as saying he would not cycling in London (because of the traffic). This approach seems to be more one of scaring the cyclists off the roads and so out of the way than actually making the roads safer for cyclists.

Here in Cambridge our PCC makes a thing of “cracking down on rogue cyclists”. There is going to be a crackdown during the Festive season on Drink-drivers and drunken cyclists. In that article Inspector Rogers (of the Cambs Police Force) is quoted as saying:

“It’s dangerous because you’ll probably go under the nearest car or lorry and the fact is cycling fatalities are going up. Cambridge is a massive area for cycling with a big student population and the roads are dark and narrow and it can be hairy enough cycling when you’re sober, let alone to do it when drunk. Cyclists need to concentrate to stay safe.”

It does seem as if the Police consider cycling to be intrinsically dangerous.  Don’t get me wrong I don’t recommend going out and cycling and drinking but  the danger presented by a drunken cyclist is far less than that presented by a drunken motorist.  The kinetic energy of a moving object is 1/2 mv2 – or in words a half of the mass times the velocity squared. (For mass in Kg and velocity in metre/second the energy is measured in Joules.

A car and its occupants weight a lot more than a bicycle travel at higher speeds as well… However the message is that any cyclist who doesn’t wear a bit of high-vis and a polystyrene helmet is in the wrong. Here is some research that suggests that no matter what clothing cyclists wear around 1-2% of drivers will pass dangerously close.

Why isn’t the real danger being tackled? Here is a CTC article on Police should tackle the real danger. What is it that makes our Police and PCCs and MPs focus on the wrong issue? To illustrate the last point here is an article on Chris Boardman’s response to a recent Government Transport Select Committee – investigating the recent spate of deaths on London’s roads.   According to an item in the Daily Mail! There is a knife attack every 4 minutes – if you follow the logic applied to cyclists then perhaps we should all be wearing stab-vests.

It seems to me that the bottom line is that roads are there for all of us. They must be made safer and more attractive for pedestrians and cyclists. To do that requires addressing the cause of the danger and not trying to heap responsibility onto the victims. Some may witter on about how important motorised transportation is – well a system that so wastefully burns imported fuel is absolute nuts. It is bad for the economy and for the country… The overall motor vehicle traffic volume in Great Britain in 2012 was 302.6 billion vehicle miles.  If the average petrol consumption was 35mpg that represents (at £6/gallon) £50Bn.  Simplistically that is all wasted money.  Doubling the efficiency of “transport” would say a huge chunk of cash.

For instance “New broadband report reveals £20 return on every £1 spent”. Or as reported in the Daily Mail – How superfast broadband means more working from home giving us 60million hours more free time. I personally don’t consider 24Mbps as superfast though.  That seems like planning to fail. 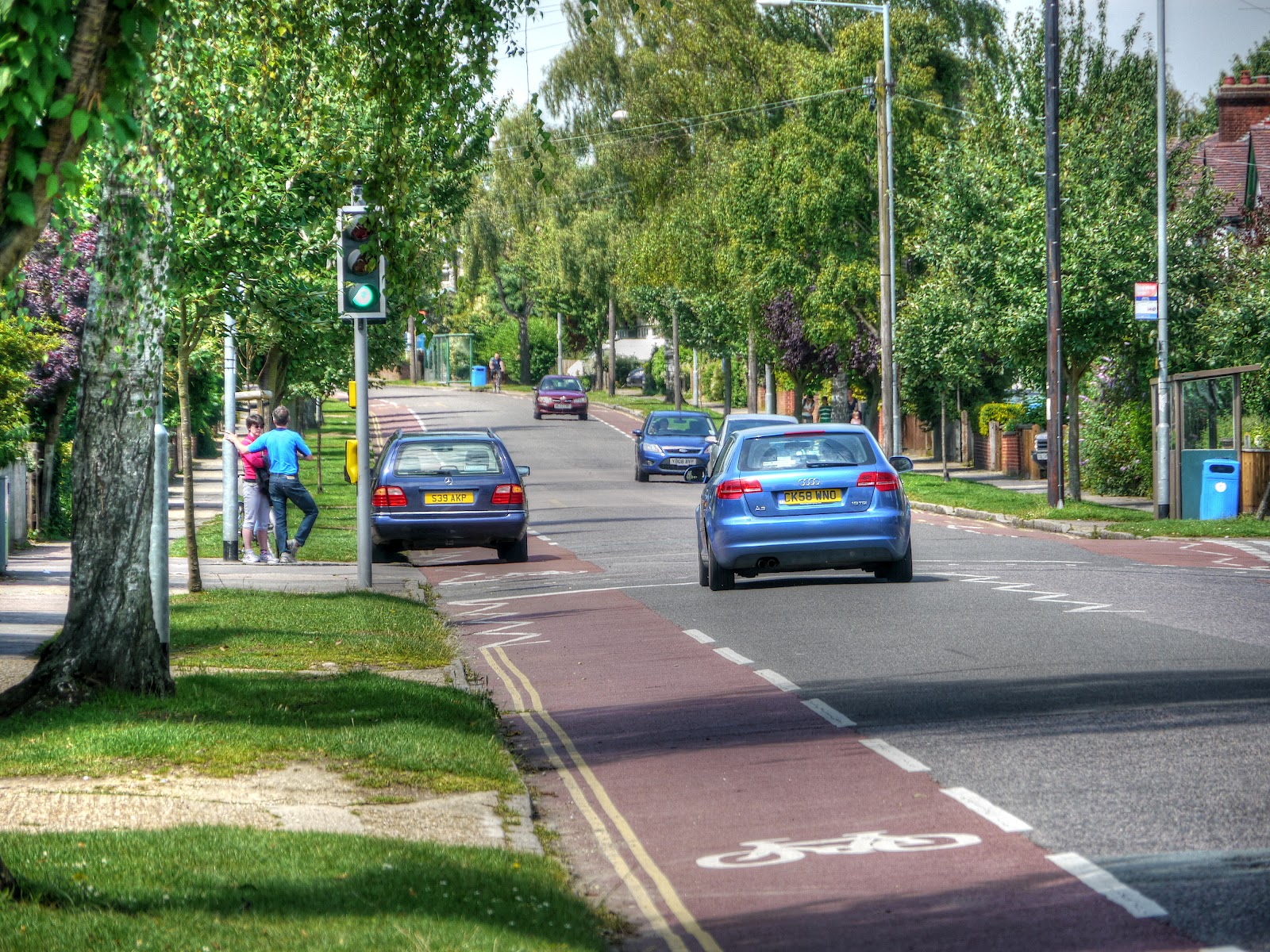