Saturday, 12th October 2013: Thank goodness for my Android Phone – it is such a convenient camera for those spur of the moment pictures. Especially as I have sworn of cycling until the new year. After my back twinge I decided to “rest” it until the new year and then start increasing my cycling mileage again. Hopefully when I do that it will counteract my increasing waist inchinge. Mind you things get busy at this time of year and the days draw in and well the weather can get a bit unpleasant as well. I seem to be turning into a fine-weather cyclist.

One tradition was a pre-Christmas visit to my Mum’s to exchange hostages presents.  She lives a few hundred miles away and prefers not to travel at this time of year so she has Christmas with my sister who lives just down the road from her.

We went up to my Mum’s house in bright sun and came back during the gales. It seemed to me that the current lorry and car driving tests must now include testing a driver’s ability to drive in convoy very close to the vehicle in front, at high speed. Undertaking seems to also have been included.

When I got back to Cambridge I was impressed to read that a local cyclist - Cab Davison or Cambridge Cyclist who seems to be the first cyclist to obtain a conviction against a driver through helmet Cam footage. The driver was fined £60, given 3 points on his licence and has to pay £200 in costs. Well done, as a cyclist I have had a few close passes. It is very scary and whilst the car might come off with a dent or two it puts my life on the line. You may well say that it doesn’t happen very often, well no, but it is the closest I come to serious harm.  So it needs raising, drivers need to understand how dangerous it is and that a helmet and high-vis jacket isn’t going to be much help when a cyclist gets hit at speed. As discussed in this article Road Deaths: The Asymmetry of Power and Risk is Stark. 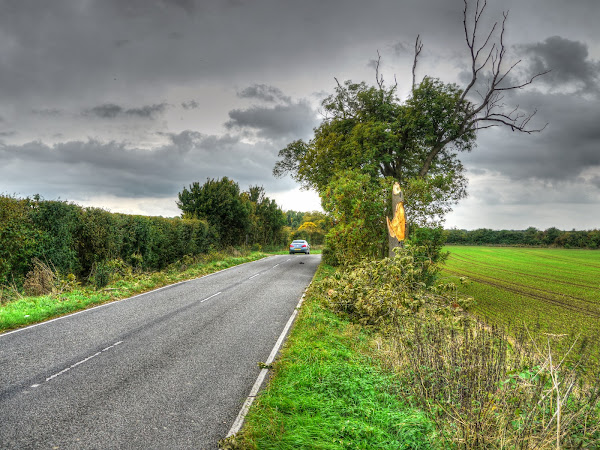 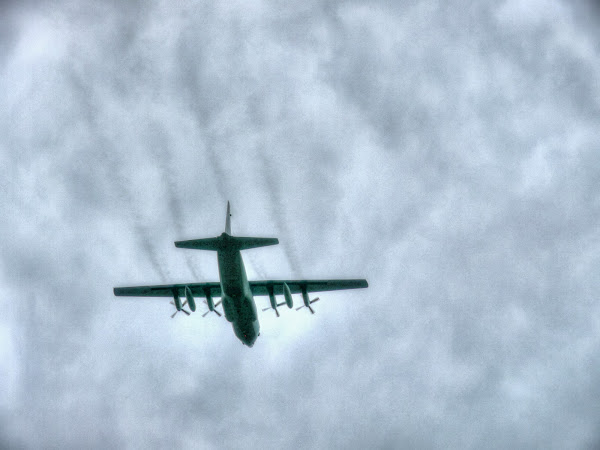 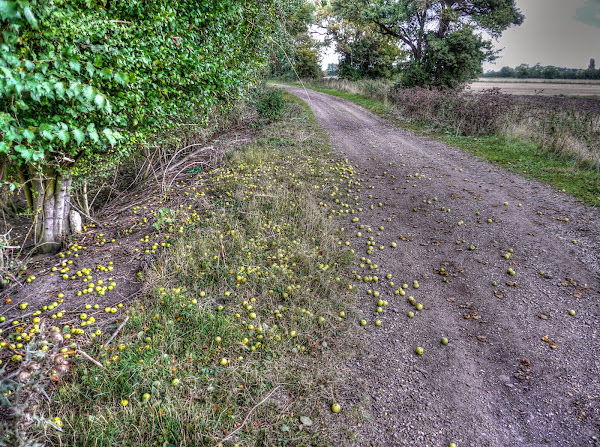 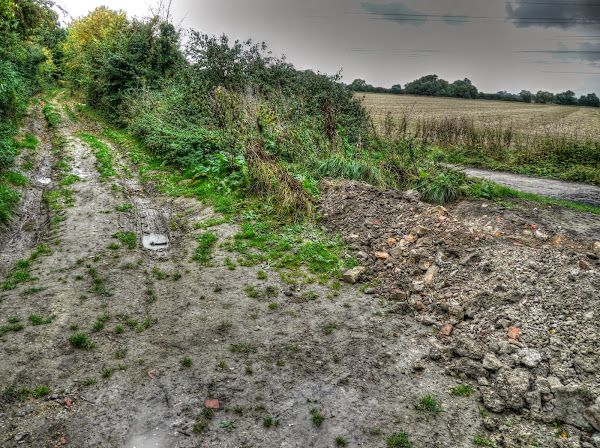 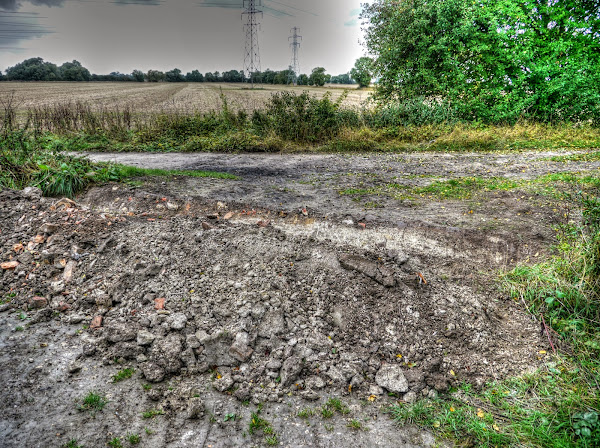 It seems that the Council is finally completing the Shared-use cycling  between Horningsea and Fen Ditton.  A few more are in the pipeline – A1096 St Ives: Foot and cycleway, Swavesey to Buckingway Business Park Cycleway and the Wandlebury to Babraham Research Park cycle and footway. They all appear to be shared-use and somewhat compromised, let’s hope they get finished in a timeley manner unlike the Butt’s Lane thingy.

I didn’t realise there was a car on the shared-use path until I viewed the picture on my computer. They are such a common sight. I wish our PCC would realise that this is just wrong and do something about it whilst he is not climbing the greasy pole. 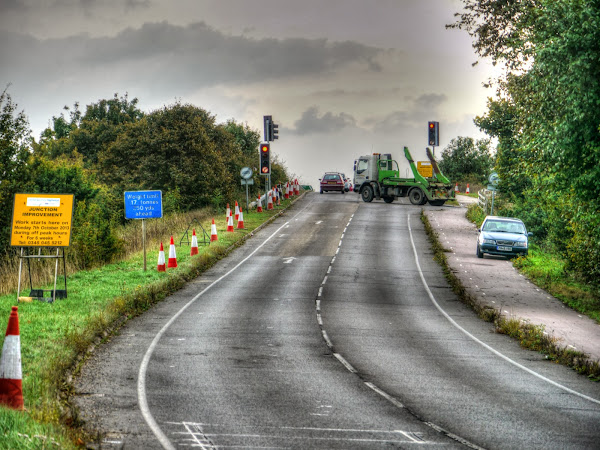 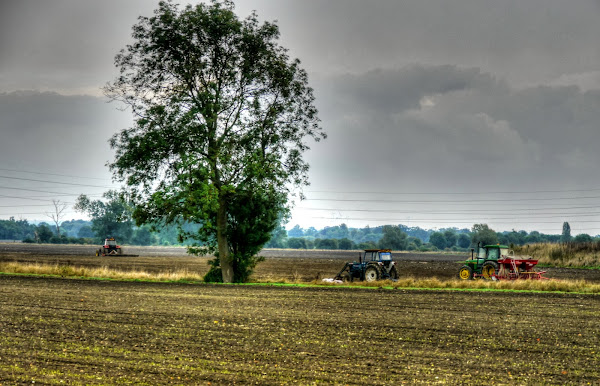 A windfall along 100 Hundred Acres Road 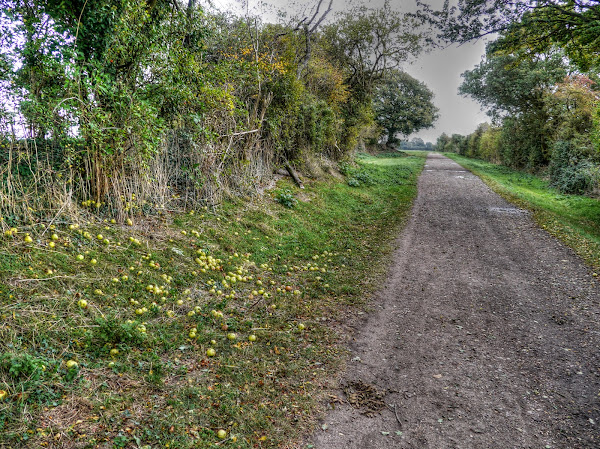 An Old Railway line (The back of Anglesey Abbey) 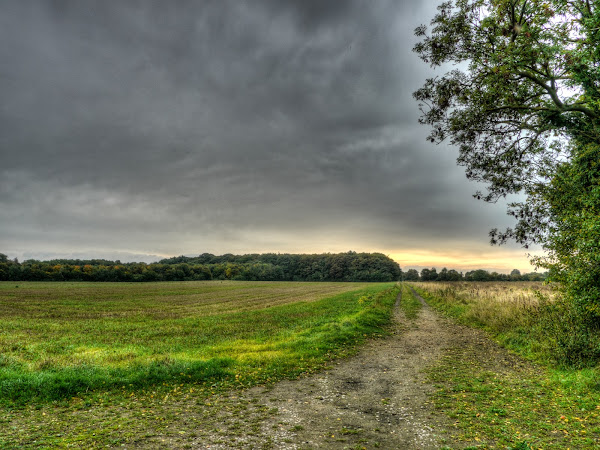 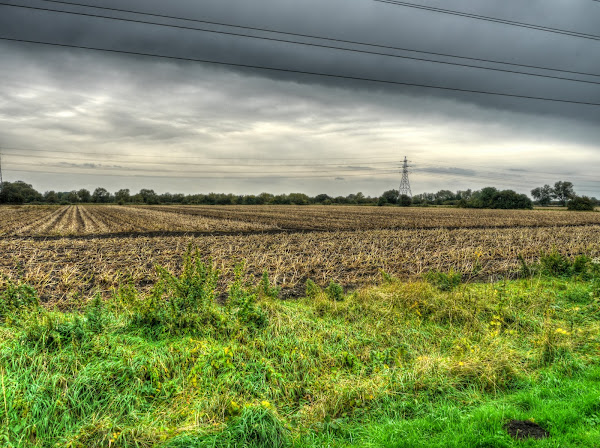 For some reason the same picture but with a bit more zoom. 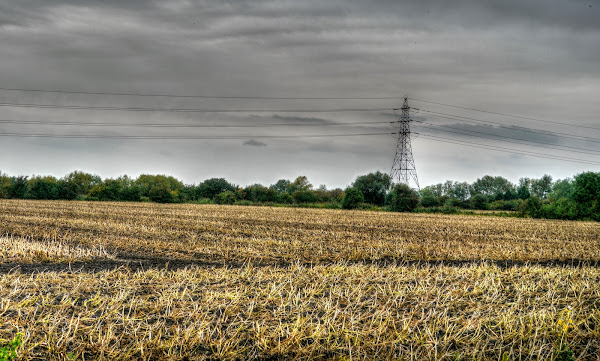 A windfall along White Den Drove 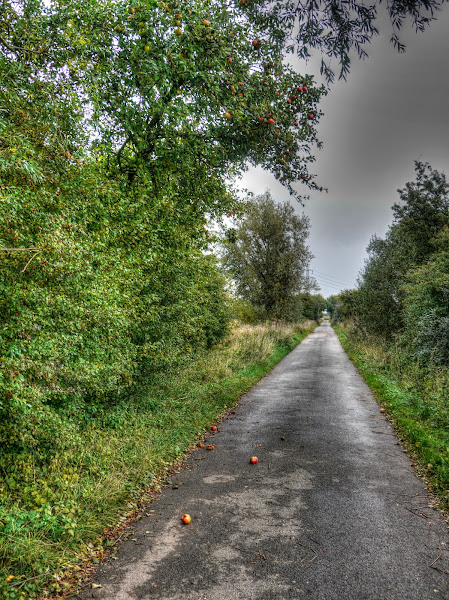 A sprinkling of Autumnal Colours on the outskirts of Reach 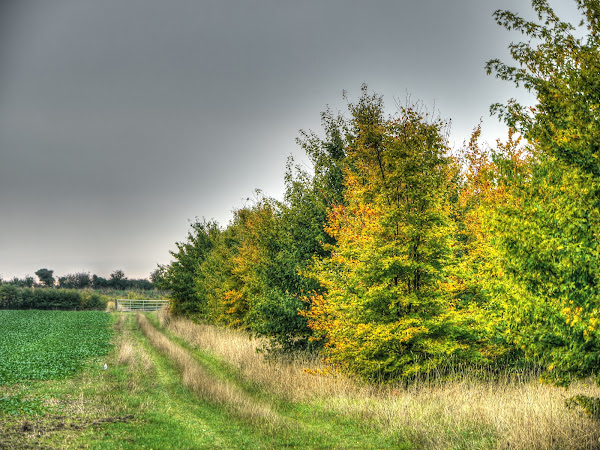