Cambridge Approach to improving Traffic Flow - get rid of cyclists!

In keeping with my occasional series of cycle lanes designed without, what seems to me to be, a shred of commonsense I continue with this one in Girton. It is a relatively short cycle lane, actually the entrance has been quite well produced there is not much of a lip on the lowered kerb. and if you fail to correctly align the Council have put in some rather nice solid posts to stop you in your tracks and so after cycling for 10m or so you find yourself back on the road. In order to ensure pesky cyclists are kept out of the way of road tax paying motorists the cyclist finds himself now giving way to the lane of traffic he or she foolishly left. 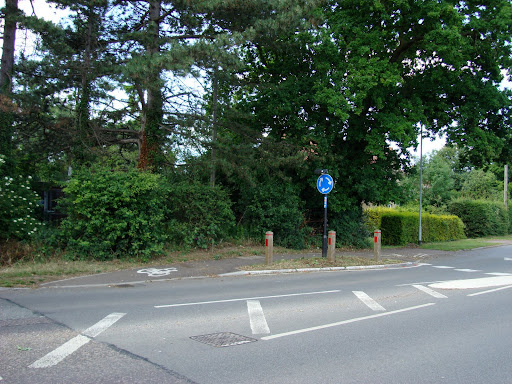 In this photograph you can see that the cyclist now has to look behind him for the stream of traffic he or she has to give way to rather than to 90 degrees to the right. This decrease in the visibility is should certainly trick a few cyclists into heading out in front of a car only to be knocked down with the added bonus for the motorist that the cyclist is now at fault. Cunning eh! And of course this surely adds up to the total of valuable cycle way produced by the council so they can parade their green credentials, er wherever you might parade such green credentials. 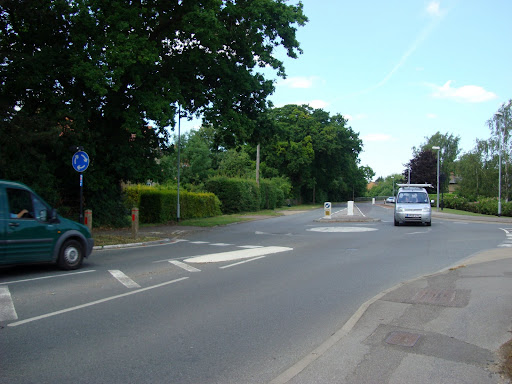 Mind you there are also opportunities for motorists - such as white van man, for indeed in this case it is a man. Actually in most cases it seems to be men who block paths. He the van driver has cunningly positioned his van to follow the curve of the shared cycle/path way so that any cyclist who does not slow down will either need to jink out into the road, into the oncoming traffic or clip the van and come a cropper. 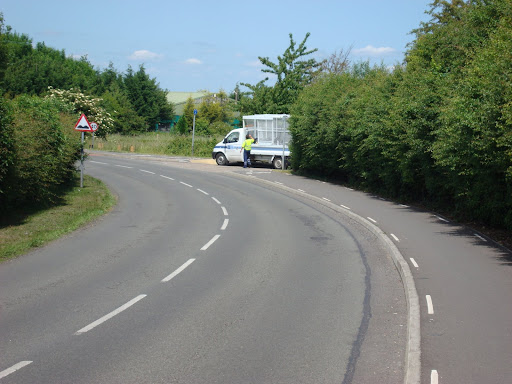 I wonder if the Council train their contractors in the technique.