Cycle Paths - returning to the road

As I have been cycling around I have tried to capture at least one example of interesting cycle path design in the Cambridgeshire area. This is where the cycle path terminates on the Girton to Histon cycle path as you enter Histon. Obviously a lot of thought has gone into this route back onto the road. It enters the road at right angles so that the cyclist can't just flick a glance over his/her right shoulder before joining the road. The road itself has no marking to warn motorists of impending cyclists - after all you don't want those cyclists getting cocky. The cycle path has been neatly designed so that the lamp post prevents the cyclist trying to cut the corner by cycling on the grass ahead of the junction and heaven forbid that the junction be made too wide. All in all a jolly good way of slowing down those cycling-blighters eh?

It seems that the only oversight on the part of the designer is that the lamp post presumably also provides a bit of light so the the cyclist travelling up this path at night is not suddenly shocked to realise that the path comes to an end with a 45 degree "Give way" triangle and then dotted lines at 90 degrees. This is not a route I take at night - but I am sure it would not be too difficult to find oneself heading past the triangle and on to the grass.

This does not quite fit into the dangerous category but I certainly see it as an example of after-thought design - it is exactly this sort of structure that shows how cyclists are a second-class group and feels just the sort of junction a non-cyclist would think OK. 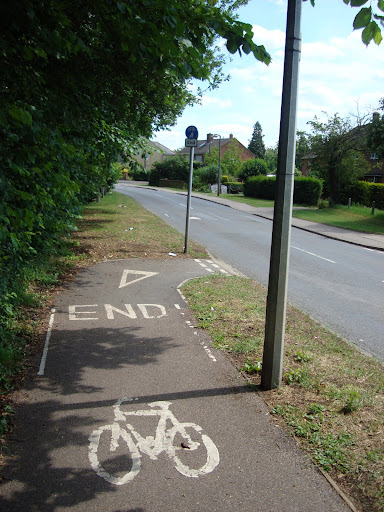 Just to show I don't spend all my time as a Grumpy Old Man - this field caught my eye because of the way it shimmered with different greens. 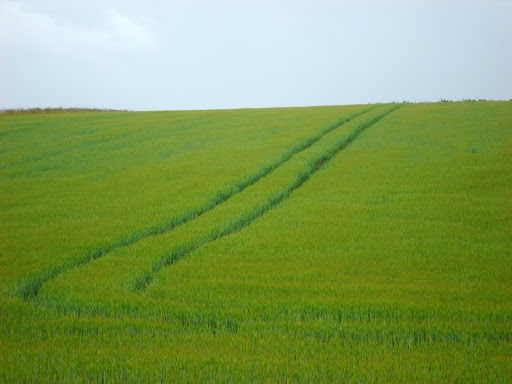 It has rained a bit over the last week but I managed to outrun this rain cloud in fact I was fast enough to be able to stop and take its picture. 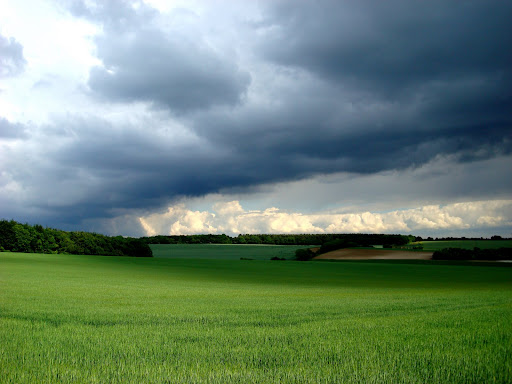 And finally it is the time of year for poppies to spring up, they do have historical associations as well. Perhaps we cyclists should adopt a flower for our fallen friends. Although the Ghost Bike is a potent symbol. 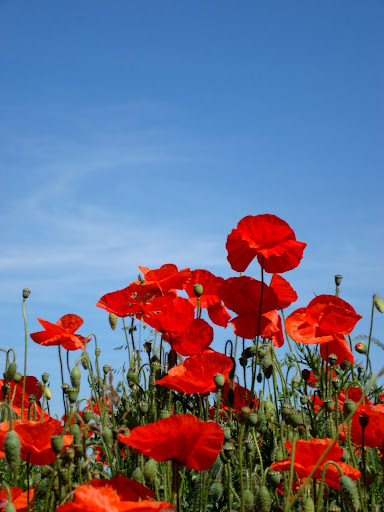 We have recently had a hit and run motorist leave a young (15) cyclist knocked down in Cambridge - it was a Mercedes driver - such cowardice and callousness is unbelievable.