They say the time flies faster as you get older - well I must be 100 by the way May has flown by. So I thought it would be good just to check what have I done during May cycling-wise and also what I need to sort out during June.

A few stats, I took over 550 pictures during May, some good, some bad and some indifferent, but who is counting apart from me. The best light for photography is early morning and late evening but with the longer days I tend not to find myself cycling at either end of the day - ho hum, that's life. It has not stopped my picture taking. Also I reckon that I have cycled just under 1,600 Km or 1,000 miles during May without any shoulder problems so I can't complain. I do get twinges when I wake up in the morning., probably from sleeping on my right shoulder - but nothing too bad. Also I seem to be getting back on track for hitting my goal of cycling 12,000Km during 2009 even though I had the 6 week layoff. (This compares with 16,000Km for '08 so I have eased off a bit).

What needs to get done, well I need to sort out a family holiday for the summer, which needs to fit around everybody else's dates but my daughter has changed from saying nowhere hot to actually Dad I wouldn't mind going to Japan again (which we did in '07). So for me this opens up the window, but I like to visit places I have not been before. The only problem now is that hot places quite often have mosquitoes and my wife isn't keen as she is a major mossie attractor!

Whilst out cycling today I listened to a podcast about the malaria problem. Apparently the malaria parasite is becoming resistant to the latest drugs and the place where this is happening is Western Cambodia. When I was cycling there last year we cycled from Thailand through to Pailin a town near the border. The radio program (aka Podcast) featured Pailin and the challenges they face, a stark reminder how some parts of the world have it much tougher than we do. The other challenge is that around Pailin you have to be careful and not wander off the road in case you step on a mine. Which is also a cue for a few photographs of Pailin, Western Cambodia.

Here is the view from my room - jungle and mountains in the distance. 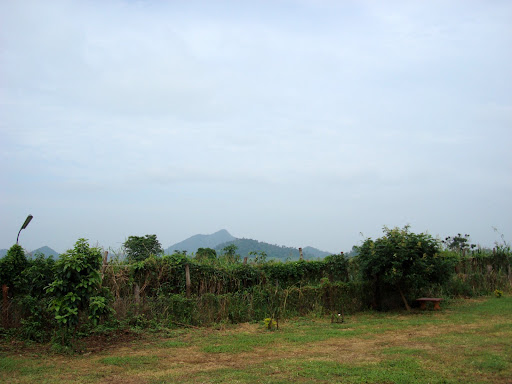 When we were there we cycled into town and got back to our hotel on the outskirts of the town in the twilight, which is where this picture comes in. 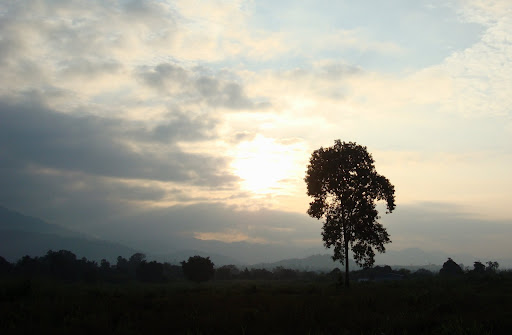 Here is the market, one of the challenges is that the resistance builds through the inappropriate use of anti-malaria drugs - such as not completing a course of treatment. Well in Cambodia although Pharmacies are supposed to be licensed they aren't always and although the owners try to ensure their drugs are ok many are counterfeit or diluted. Apparently Western Cambodia was the source of previous malarial drug resistance problems as well. Here is the market - fresh fruit or drugs?

One of the things I have to get done is that I have been invited by the Cambridge Transport Commission to present my views on the introduction of Congestion charging in Cambridge. Why you might ask, well when they sent out a survey I gave a full reply. I have been mulling over my presentation, I only have 10 minutes, my key concern is to ensure we achieve an improved quality of life for all and not just push poor people off the road to allow rich people to get around quicker. Obviously cycling has to feature in this revolution. IN fact I think that I will lead with "Revolution not Evolution" - you heard it here first folks.

I feel that we unduly venerate the status of car ownership - you only have to look at the way cars park on shared pavement/cycle paths to see that. Cue some random pictures taken during the last seven days of selfish b....... - sorry car drivers.

Clearly this driver thought the dotted lines were to help him park on the pavement. 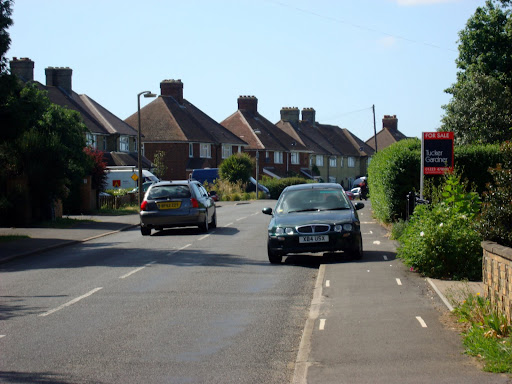 Not all selfish b... sorry drivers are men though - nice colouration on this pavement - must indicate a special parking lane! 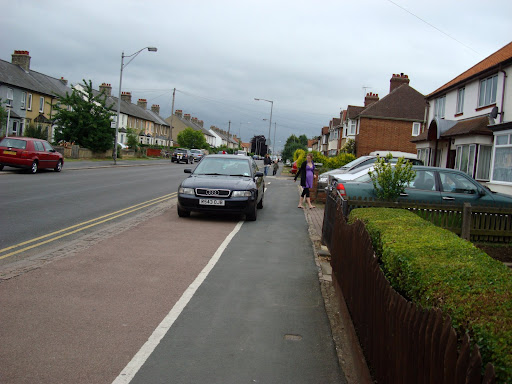 The provision of cycle "slip" lanes on these build-outs is somewhat haphazard in these here parts, so it was nice of the driver to position his car to force any cyclist foolish enough to believe that the gap was for his/her benefit back out directly into the flow of traffic. That'll teach those cyclists - humph don't even pay road tax. 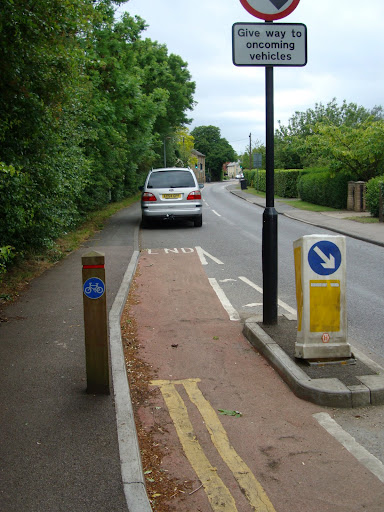 The other things that need sorting are my cycling trip to India and a bike to do it on. More to come on that front later.