A Wander around Wandlebury

Spring is definitely springing around here in the flatlands of East Anglia and on this week of non-cycling an opportunity to check out some of the places to walk in the area. My mum is staying for a week and has turned down the offer of cycling on my Tandem. I see my role as her personal trainer and try to ensure she gets a good walk each day to keep everything shipshape. I is also an excuse for me to get some exercise as I don't really want to just sneak off on my bike whilst she is staying. I think of it as cross-training for my cycling!

We went for a wander around Wandlebury Country Park managed by an organisation formerly known as Cambridge Preservation Society but now re-branded as Cambridge, Past, Present and Future. I hope that exercise did not unduly enrichen a bunch of Marketing consultants. One thing I have learnt though involvement in Company management is it can easily take 10 years for branding changes to actually work through to the "customers". It is easy to mistake words for deeds and also very easy to spend huge amounts advertising the name changes. I remember when Samsung moved from their 3 stars logo to the current blue "oval" every airport I visited had Samsung branding on the luggage trolleys (this included airports on three continents). I still think Norwich Union before Aviva. I could not find out how much it cost - but this article in the Times estimates the cost of writing to all its customers in the UK at £6million for postage along. It is certainly not the sort of thing to be done lightly. They also planned for the transition to occur over two years.

Back to Cambridgeppf.org as the website is known they also have other properties in the area including Barnwell Leper Chapel. I knew it was a chapel - it looks like one - I had not known that it was originally built as an Isolation Hospital for lepers.

It is rather nice to see the almost daily changes as Spring has started - some hedges are starting to acquire a green tinge as the leaf buds starts to open. There are also some trees that blossom before their leaves appear. 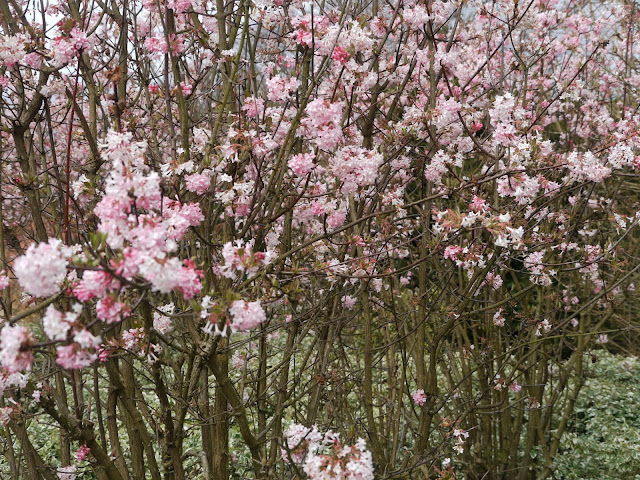 It seems to me that Horse Chestnut trees are the first to appear in leaf in the tree world. In my Primary School (of around 60 kids in a small village in Somerset) I seem to remember that we always had a jar with some Horse chestnut twigs in a vase with the sticky buds opening. In case you are wondering why the buds are sticky - which I did when I wrote this, here is a link to a possible reason. Also, here is a sticky bud opening. 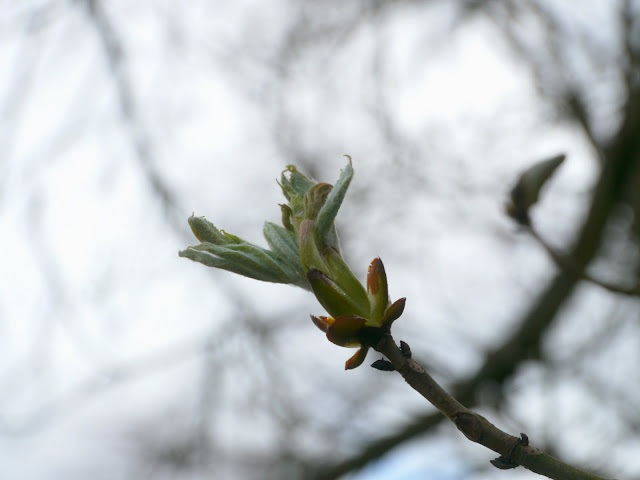 Wandlebury Country Park is situated on the Gog Magog downs, which is accessible from the A1307 towards Haverhill. The challenge is that the car park is just after a blind hill on a dual-carriageway so one minute you are speeding, the next minute having to turn into a smallish gate. It costs £2 to park but is free to walk around. The hill is around 75m in height and is one of the higher hills around and is notable for Wandlebury Ring which was part of an Iron Age Fort. You can walk around the ditch that was formed which is up to 5m deep, trees now line both sides of the ditch. It is sheltered though and was quite warm when we walked around. On the Northern edge of the park there is a golf course (not my cup of tea) and you can walk onto the Cambridge Roman Road - where I do cycle from time to time. Viewed from the Google Maps in satellite view you can clearly see the circle. We walked to the edge next to the golf course - this is the view out to the North - you can see for miles. 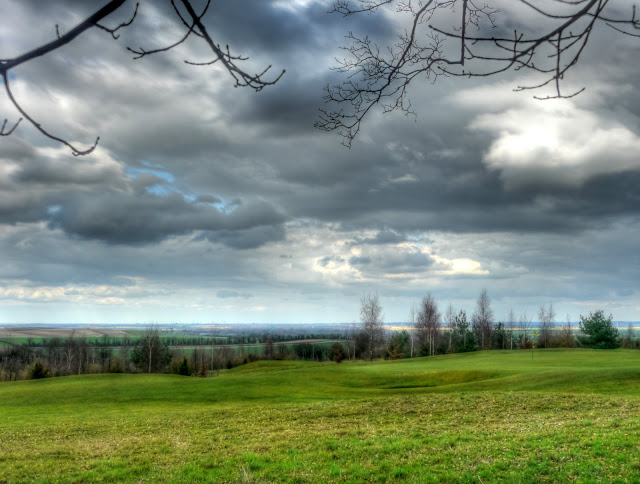 Within the ring there is a walled area and apparently wandlebury House stood within - it stands no longer but the stable block is still there and seems to have some residential houses as well as the Cambridge Past, Present & Future offices. There are one or two trees that look as if they might have been part of the House's gardens. In this picture you can see the wall in the background. 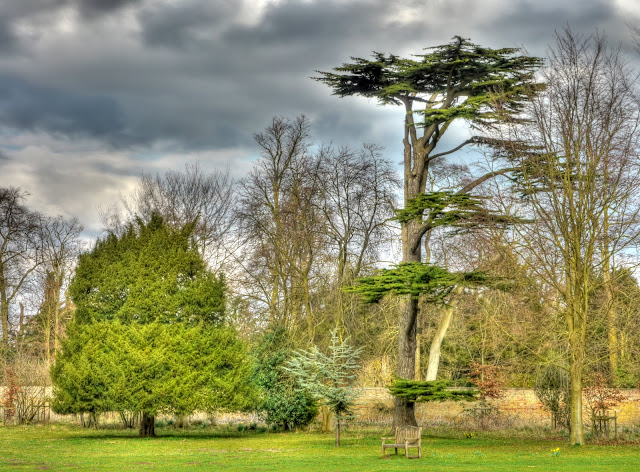 This building is Tadlow Granary, it was originally part of a farm in Tadlow (surprisingly-no) and was dismantled and rebuilt and sited at Wandlebury 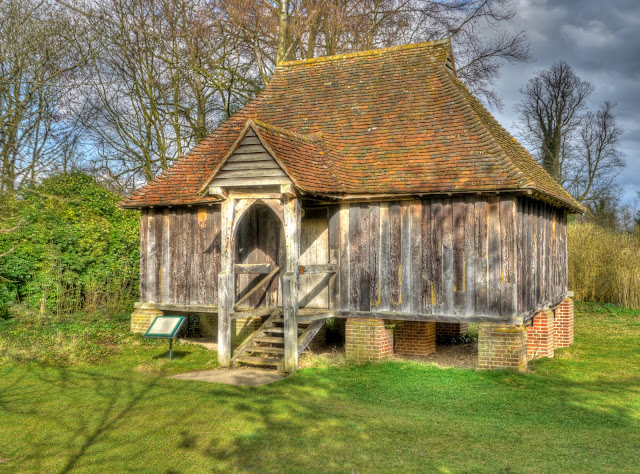 On the way back to the car park this Pussy willow seemed to glow in the Spring sunshine. Twigs of Pussy willow was something else that would have found its way into my Primary School classroom in Spring. 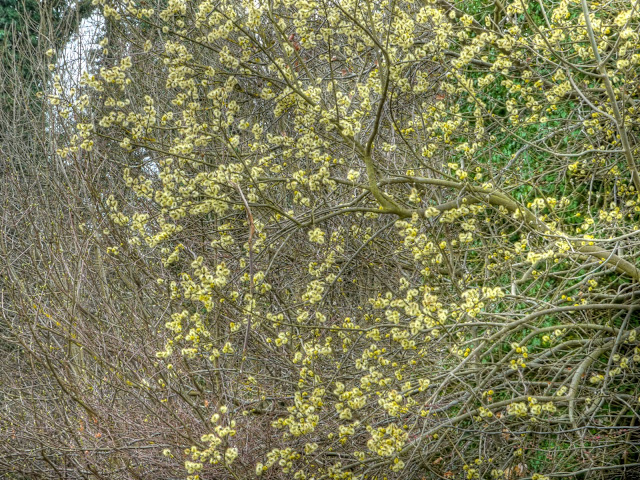 Wandlebury was a place I used to visit more often when my kids were much smaller - it was a great place to explore, exciting and safe. There were a few kids out on their bicycles as well. We really enjoyed our visit - yet another interesting place to walk around Cambridge and hills as well.