Smoke across the ... Fens - yet again

Meetings in Cambridge this morning, which because it was such a lovely day led to a certain amount of smugness as I passed the motorists queueing for the pleasure of driving into Cambridge. I had to go slowly to avoid overheating and so was overtaken by a few cyclists today. At least that's my excuse. Once the day's work was complete there was time to get a breath of fresh air out in the Fens. The weather is warm (for England) but there were a few clouds in the sky - at one point I thought my optimism at not taking a rain jacket was unfounded - the clouds got quite dark. However, as you can see in this picture, the sun behind was strong - look at the shadow of the tree - the field almost seemed to glow against the backdrop of the stubble. 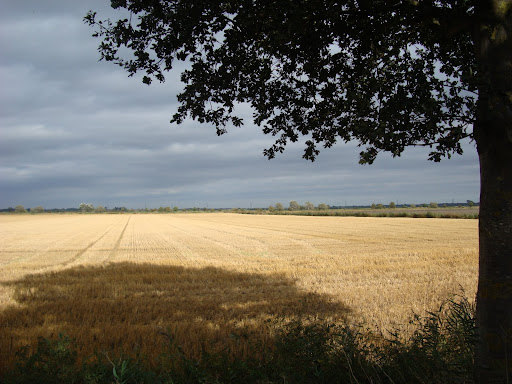 It used to be that after hay-making the stubble would be burnt and it was common to see plumes of smoke and fields alight. It was banned in July 1993, although there are a few exemptions, and nowadays it is unusual to see the smoke rising except perhaps when a haystack had been set alight by arsonists. This was not a field of stubble though it looked more like a haystack. At this point I was several miles away though. 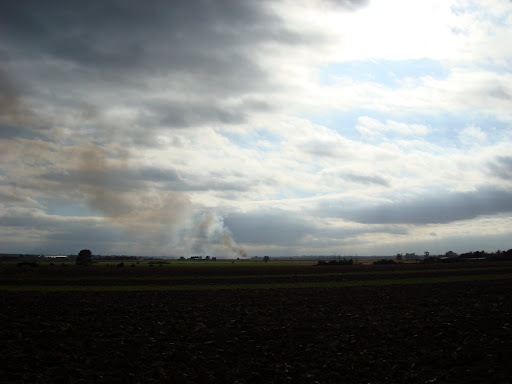 It was fairly breezy and unfortunately on my way back I ended up passing through the smoke - it smelt like burning hay and was unpleasant to cycle through. This picture is looking back through the smoke, it threw up a dirty yellow haze. There were some houses nearby so I imagine that they were not very amused (the occupants rather than the actual houses). 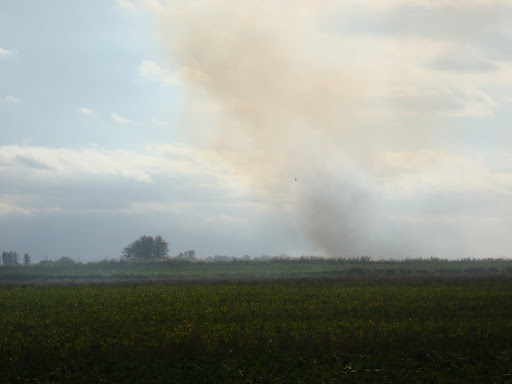 I think that I saw a fire in a similar place last year, when I went to investigate to very large Alsatian dogs (or rottweilers?) ran barking at me - normally I don't get to phased but I jumped off the bike and held it between me and the dogs - fortunately the owner called them back before I was torn limb from limb.