Yesterday I woke up with a stiff neck - not too bad I thought - but in the event decided to take a day's rest from cycling. It would have made looking to the left very tricky. It was not too bad this morning and as I was meeting a friend for lunch it was an opportunity to ride earlier in the day. It was not the brightest of days, apparently the better weather is coming to an end. We do need some rain here in the flatlands though, wherever you look the fields are dry, garden lawns are looking brown and the leaves are dropping early from the trees.

When cycling to meet someone at a specific time I tend to allow myself a bit of extra time and then as I get near to the place (The Red Lion - Swaffham Prior) I cycle extra loops in the road, or along tracks I do not normally use. As I have mentioned before I think that the National Trust's vision for Wicken Fen - The Wicken Fen Vision to provide a "green lung" for Cambridge and to encourage more people to visit the countryside is great. I know that some are against it, however I think we need to encourage more people into the countryside and to foster a better understanding of the fragile ecological balance.

One thing that does annoy me is when you get visitors (who treat cars as the normal access mode and then park randomly), bring their picnics and then leave bags of litter behind. As you can see near the telegraph pole in this picture. Who on earth do they think is going to take it away? Refuse lorries do not pass along this way, unlike cities country lanes do not have street sweepers to tidy up after litter louts.

One track I did cycle down and back was by the side of Swaffham Bulbeck Lode. Here is the bridge built by the NT and Sustrans to open up new routes into the Fens. It leads to White Fen. It was built with high sides and sufficient width to encourage hire riders as well. I took this picture from an old footbridge about 200m down the path. 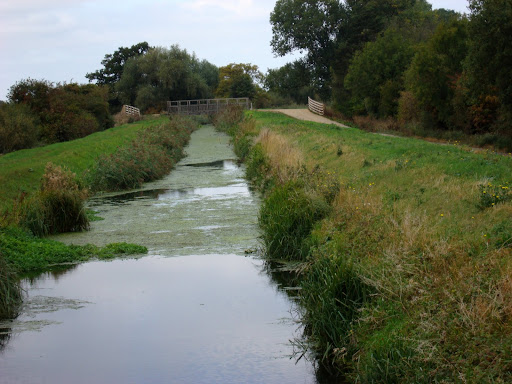 I am not quite sure how this piece of "litter" got here. At first I though that it was a stolen car that had been burnt to destroy the evidence, but the grass around does not appear burnt. So perhaps it was burnt elsewhere and then dumped along this track? I suppose we should be grateful that they dumped it at the side of the track. 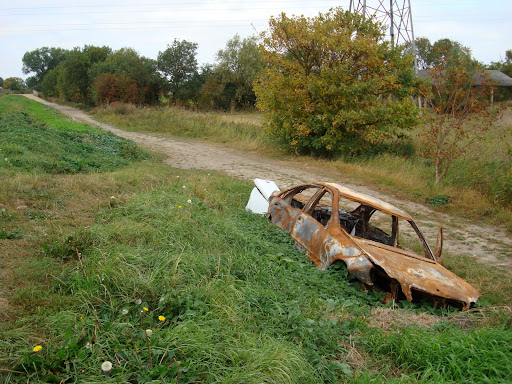 You can see from this picture that it was quite a gloomy day and how dry the fields are.This was taken on a track behind the village of Reach. 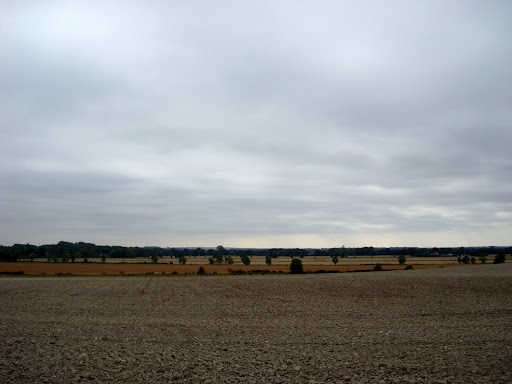 This one was taken looking back to the vantage point where the previous picture was taken. These are what we get for hills in these parts from the OS map it looks to be about 20m high, my GPS reports it as 24m in height with the base at 0m. 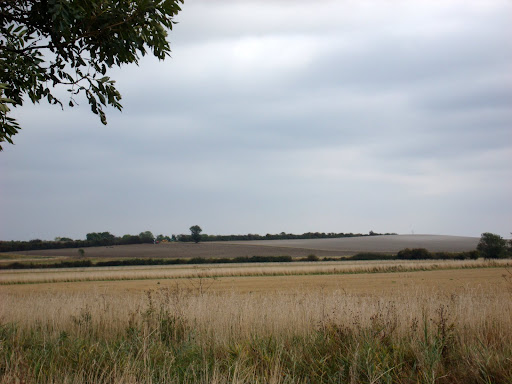 As the time ticks away before heading off to India I have been buying essential items through the Web - primarily Wiggle and Amazon. I have bought some Mossie spray (same as I used in Cambodia last year) and some purple lubricant - a dry synthetic lube for the bike chains etc.