Meetings in Cambridge–what’s tar got to do with it?

Tuesday, July 26th: Meetings in Cambridge today, which don’t start first thing so I get to miss the rush hour and have the opportunity to take a scenic route.  Cycling in the rush hour isn’t that bad but I generally avoid the thinner cycle paths unless I am heading with the tide.  There are some that can be fine if you are going with the flow but really awful if you are going against it. In fact I prefer to take the road route unless, like today I miss the rush hour.

A while back I mentioned that I had seen the construction in the picture alongside the Riverside Bridge, but not really given any thought as to what it was until I read this article in the Daily Mail. So I planned my route to head past the Swift Tower. Apparently it cost £35,000 and provides nesting boxes for 200 birds (100 pairs).  It does look rather like the sun low in the sky, although not as big, bright or hot. 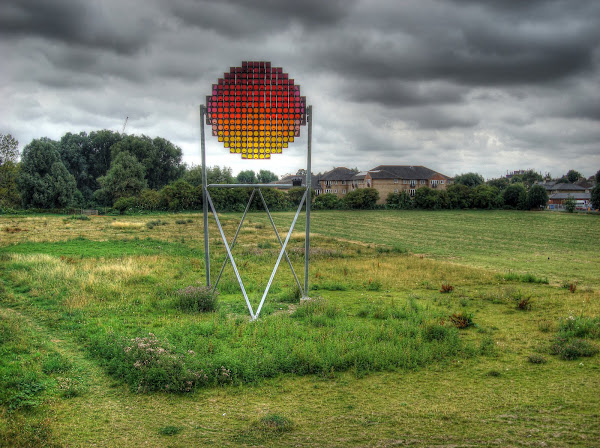 There was some information on the bridge which pointed to this link Action for Swifts.  The birds are in decline. They tend to nest in old buildings and as buildings are knocked down or renovated those habitats are lost. (I assume that new buildings do not have the nooks and crannies that old buildings do.) 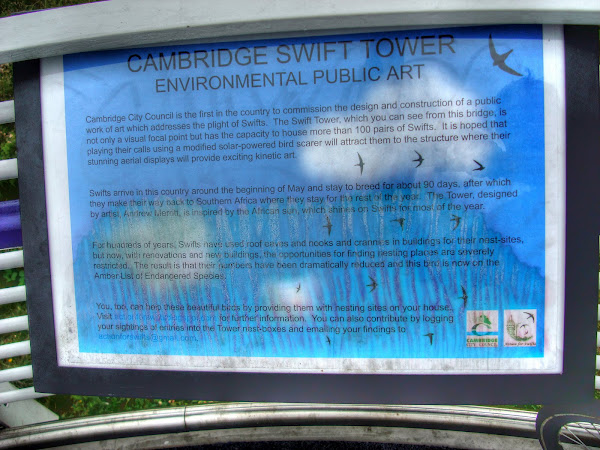 Another thing I noticed as I cycled around was that there was a designated parking space for a Car club car. This is one of fourteen new locations on top of 21 already in place of a scheme operated by Streetcar. According to the website it costs £8.95 per hour or £89.50 per 24 hours. Which might sound a lot but cars do actually cost a lot of money we just don’t like to think about it. A quick look at the website suggests that you can join from 19 onwards although there is a damage surcharge for 19-24 year-olds for the first 20 trips.  I guess the real issue is how available are they when you need one.   A further check indicates that if you are 19-21 then you have to have held a valid licence for at least 24 months and that it costs £49.50 per annum to be a member. 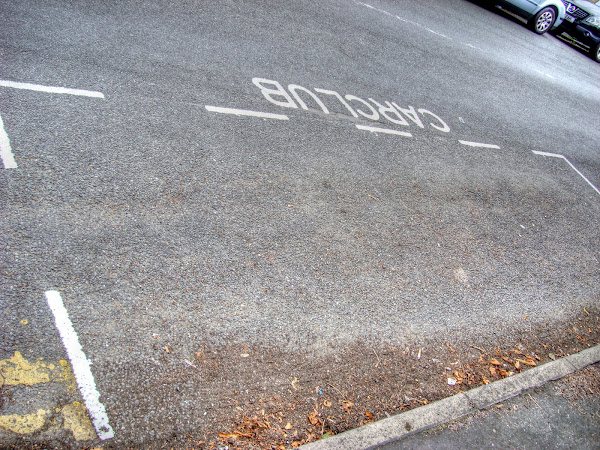 As it happens this particular spot was in De Freville Avenue. There is also, by chance a cycle lane occupying half of the pavement on the other side. It is not bad, but more of the sort of cycling facility you might associate with children using the pavement that a fully-fledged cycle route.  As you can see you also find yourself being shunted onto the road just as you reach the car parking area of the house.

Still it could be worse, like this pointless  cycle lane in Birmingham. I don’t think that cycle lanes are given anything like the thought and attention give to roads. These sorts of facilities seem to be more about shunting cyclists out of the way so as not to slow the cars down rather then encouraging more cyclists by making cycling safer. 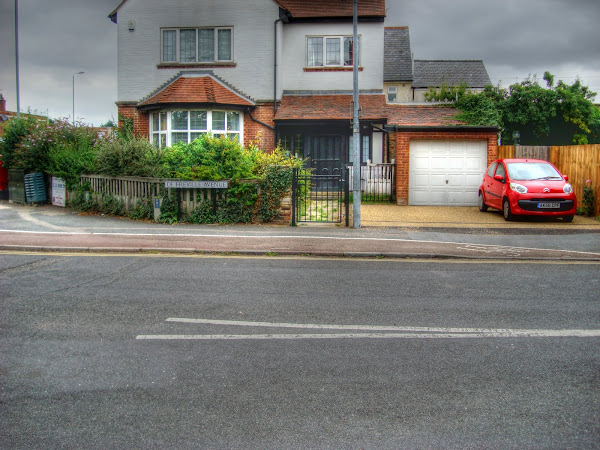 What was I was saying about cycling facilities, this is heading up the Huntingdon Road.  As you can see there are Advisory Cycle Facilities. Aren’t they convenient for parking you lorries and Sainsbury Vans in.  The trouble is there is a traffic island just ahead, so this behaviour forces cyclists out just as cars run out of space. The message – groceries are more important than cyclists’ lives.  As it happens the van could park around the corner – but then they would have further to take the shopping – oh dear can’t have that. 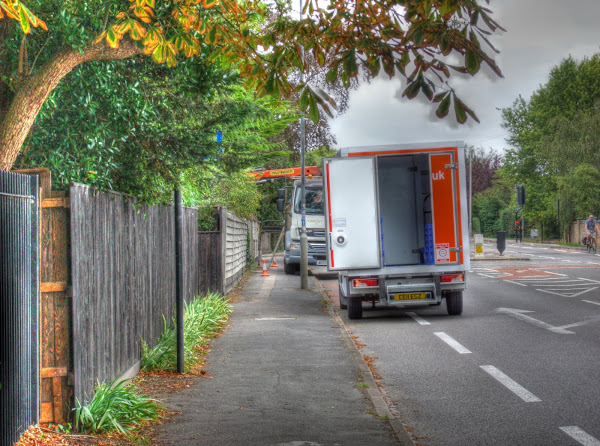 This was the parking available where I ended in in the Moller Centre. Slightly out of the way, but pretty sub-standard cycle parking. As you can see the bike is supported by jamming the front wheel in. At least the parking has a nice big sign. 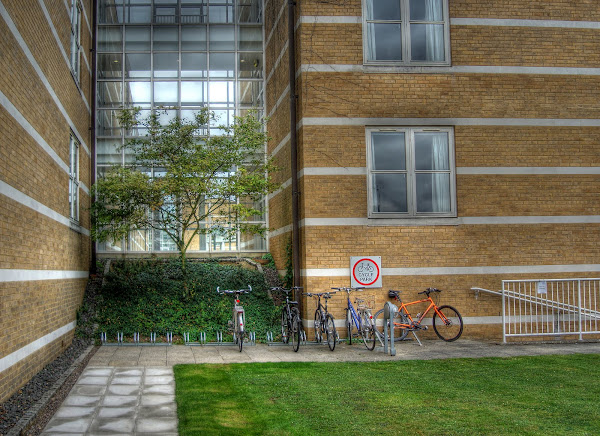 As you can see from this close-up there is barely enough room to park the bikes by leaving at least one space. In my case my handlebars are quite wide and I had to leave two spaces so that my handlebars didn’t foul those of the bike next to mine.

The other problem is that unless you have a long cable lock you can only secure the front wheel to the stand, which means in my case you only need remove the front wheel to steal the rest of the bike. You can see why the orange bike was propped against the wall. 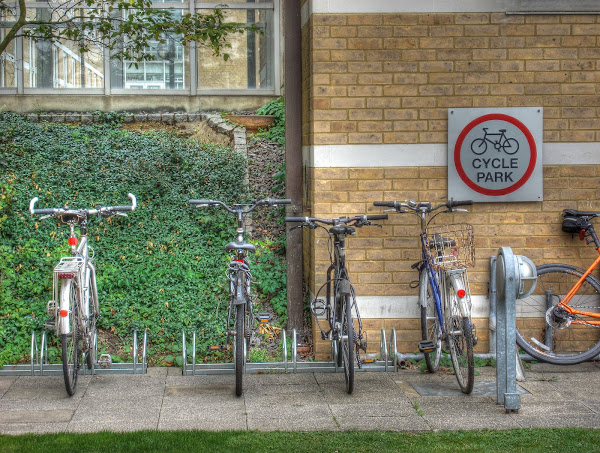 These railings are such an obvious place to lock you bike up that they have had to laminate signs to stop cyclists from using them. 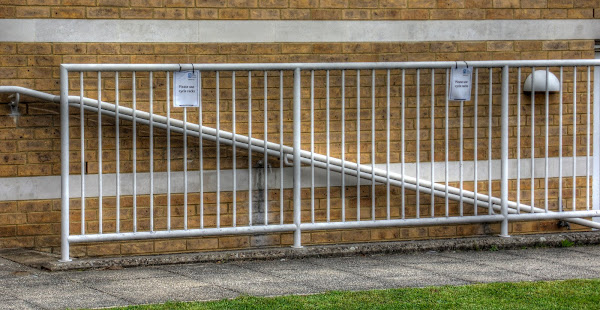 I know it is easy to moan, but it does seem that the ship is being spoiled for the want of an  ha’peth of tar.  Having said that I still enjoyed riding rather than driving to the meeting.