Sunday, 12th May 2013: It was a Grand Prix weekend, which meant fitting chores around Practice and the race. What’s more the BBC were deigning to show it “live”. I refuse to buy Sky just so that I can watch Formula 1 on TV. However I personally felt that the BBC and the powers that control Formula 1 short-changed us in terms of not continuing to making the program free to air. Apparently this trend is continuing in Europe. I for one will stop watching it if it gets any worse than it is.

This race was in Spain and was shown live on the BBC though. I did sneak out for a late afternoon trip on my bicycle. I also took my long lens as it would have held me up to change it.

This was a short loop. through the Swaffhams, across Black Droveway to Reach up Straight drove to the Lodes Way and then over to Burwell Lode and back via Burwell and the Swaffhams and NCN51.

On my way through Bottisham I was surprised to see a convoy of old tractors – so surprised that it took me a while to stop and get my camera out to take a picture. There was a fair queue of cars behind them.I have had a quick look at the National Vintage Tractor & Engine Club (East Anglia) but can’t find a reference to it. Perhaps it was a Road Run. 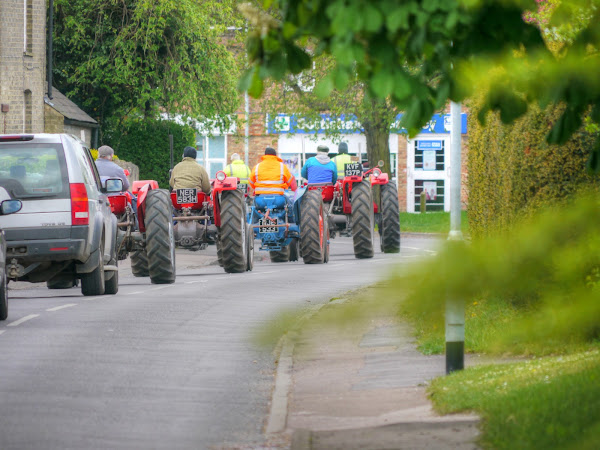 I suppose as we live near a private but significant airfield (Cambridge Airport) and several US airbases it is not surprising that we get a fair number of different types of aircraft. We also have a major hospital nearby – Addenbrooke’s so we also get  Air Ambulances fly in. Here is the  an East Anglian Air Ambulance helicopter. (Heading either towards the airfield or the hospital (my guess).  They have recently been granted permission to fly emergency missions at night.  Mind you we also have another Helicopter medical team – Magpas Helimedix as well.

East Anglian Air Ambulance above the skies of Reach 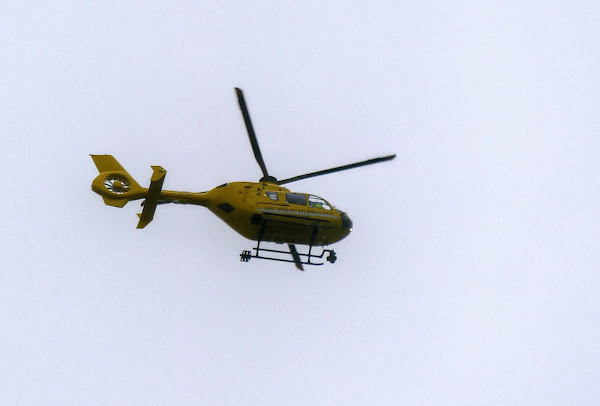 Having stopped (along Black Droveway) I also took a picture of the two churches of Swaffham Prior. They stood within one churchyard but served separate ecclesiastical parishes.  (And the famous Pylon of St Electron in the background.) 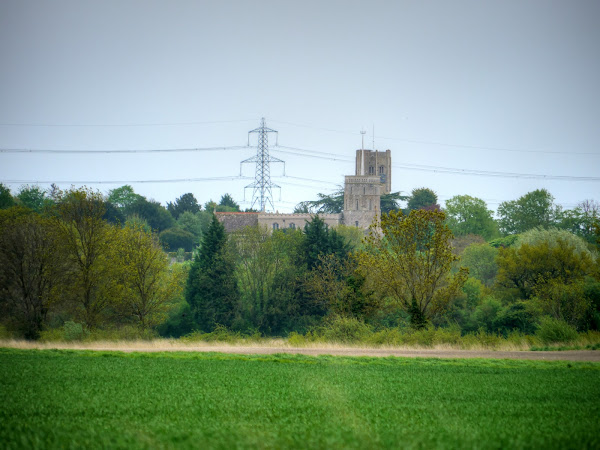 UPDATE – I missed a picture out – I followed these two up the first bit of Straight Drove. They then headed left in the Cambridge direction along Lodes Way, whilst I headed right. (Forgive my alliterative picture title – I don’t normally use the term bicyclists – it seems a more popular term in the US.) 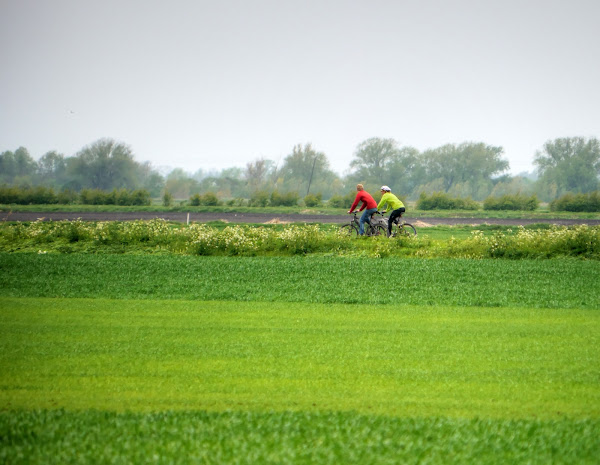 I stopped on the bridge over Burwell Lode as it is a good vantage point and took some pictures.

A cyclist on Lodes Way – near Burwell Lode footbridge 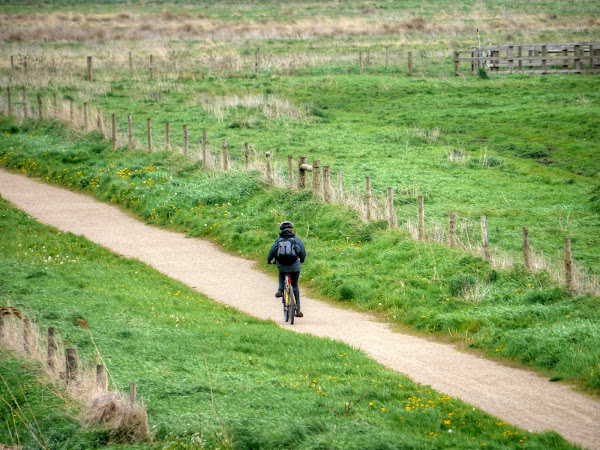 It would also appear that two boats have moored up ear the footbridge – a car seems to park nearby as well. I don’t think that these are official mooring points. Perhaps they are Wild moorings.  This tells me that the footbridge has a headway of 2.7m. 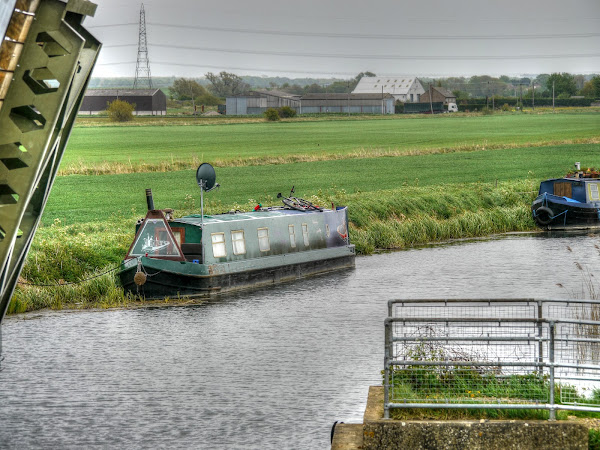 After that it was a fairly brisk cycle home – I was hungry!