One of the challenges of cycling at this time of year is that it gets so dark so quickly that there is not much time to take any pictures. So I have to make sure I take pictures when I seem them. Here I am on Sustrans Route 51 - which actually is on the pavement - it is shared use. The other side isn't - it is just for pedestrians. Obviously though since there aren't enough roads to go around then cars also park on the pavements. Sod the pedestrians and those Lycra louts 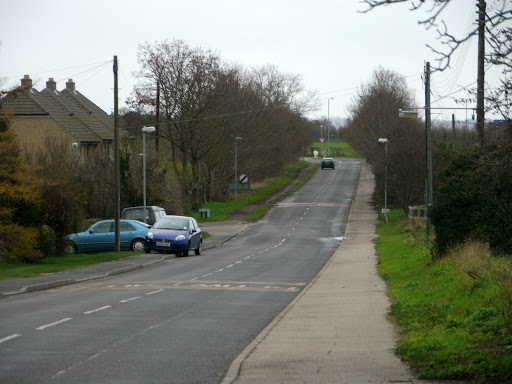 Yes - in this picture the van (and several other cars) are parked on the shared-used pavement. Just by the speed warning sign and the bus stop. So creating a pinch point for cyclists and waiting bus passengers, and making it hard for the bus to stop anyway. In the Times today was this headline: "Cyclists targeted as Westminster Council goes after Lycra louts'". Apparently Westminster Council is trying to "privatise" the ticketing of miscreant cyclists - as the biggest cause of complaints from residents.

Am I the only one who sees the irony here - when it suits, a council will, almost randomly, make pavements shared-use and then proudly boast about how cycle friendly they are - oh yes and then wonder why cyclists cycle on pavements - mixed messages or what. Given that 19% more cyclists were killed or seriously injured in the Britain in the three months to June (820), perhaps that is another reason for cyclists taking to the pavements. In the same article it states that almost 30,000 cyclists enter Westminster each day. Think of the chaos if they all drove in each day! Whilst typing in tagwords - I though of one for motorists that park on pavements - "pavement prats". 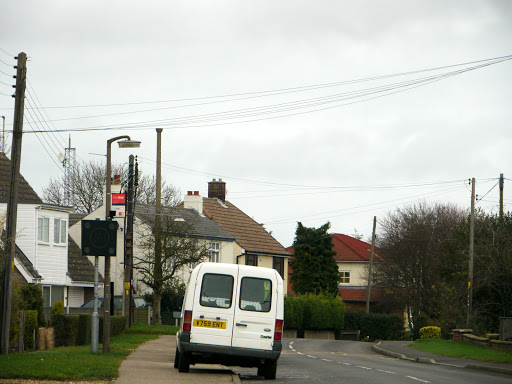 I also cycled alongside the Cam today and along by-ways around the back of Angelsey Abbey - this is taken near a place called Horningsea - pretty dull and the tracks were muddy. but it adds a little spice to the cycling when you back wheel slips from side to side.

I also got caught in torrential rain on the way back - so much rain that it ran down my arms into my gloves and into my waterproof boots (down the legs of the boots of course). My fluorescent yellow jacket is shower-proof but not up to the amount of rain I was in - my body was warm though - it was my toes and fingers that suffered as the rain soaked into my gloves and boots. When I got home I had to tip the water out of my boots..