Cycling a large loop around Cambridge

Saturday started really nicely, having gotten the chores out of the way earlier in the day (a visit to the supermarket) my wife went out to the garden and I decided to cycle around Cambridge - a loop of around 30miles/50Km. The plan was to take a bunch of pictures on the way round, starting with these crocuses. In our garden the yellow ones are first up followed by the purple ones. You can see the odd purple splodge if you look closely. 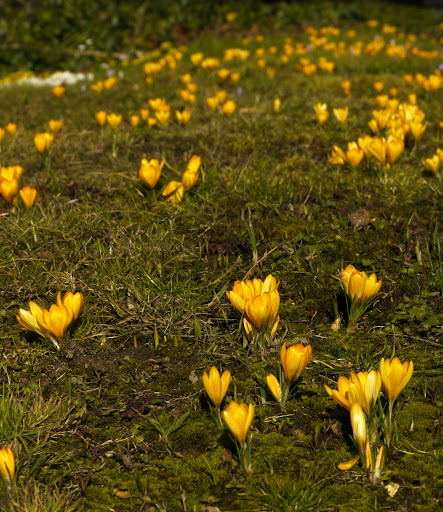 I normally head out along Sustrans 51 under the A14 to Quy on through to Bottisham and then detour of Sustrans 51 through the Wilbrahams. For some reason I seem to have forgotten that I was planning on taking photographs along the route - it was such a lovely day with temperatures of 10C I forgot about the camera and just cycled. I then cycled through Fulbourn taking the Shelford Road up the only real hill of the ride (and there are many who would not really consider it a hill), a short 70m climb up edge of the Gog Magog Hills. Whilst I did not sprint up I can't say I really think of it as a climb. It does provide a good vantage point for Cambridge though. This picture is of the Chalk Pits over near Great Wilbraham, just off the A11. It is apparently a candidate for some form of waste disposal (Inert waste and Landfill) - but it is situated between two sensitive chalk aquifers and so care needs to be taken. 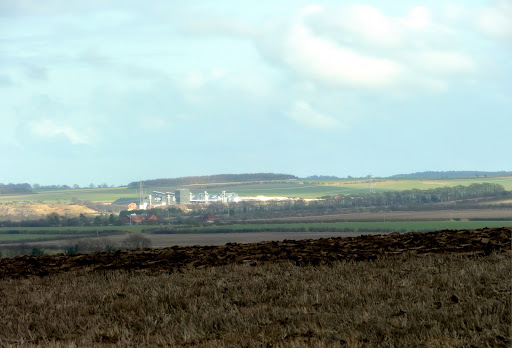 This Smock Windmill overlooking Fulbourn lies just off the Shelford Road on, not surprisingly, Windmill Hill and is known as Fulbourn Windmill, It was built in 1808, but left to decay in 1937 because of a lightening strike. As you can see it has subsequently been restored. 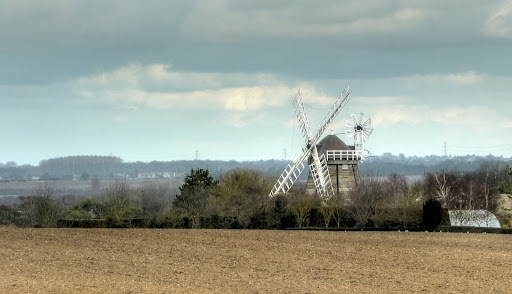 Looking further round is Fulbourn Hospital which at the time of its opening in 1858 was the County Pauper Lunatic Asylum. The buildings are typical of the time. I grew up near the Mendip Hospital in Wells, similarly a Victorian Mental Hospital. The Mendip Hospital has closed and the Fulbourn Hospital from a peak of 540 patients has been downsized with the main buildings now forming a business park. I do wonder what has happened to the patients - "care in the community" or down and out on the streets. 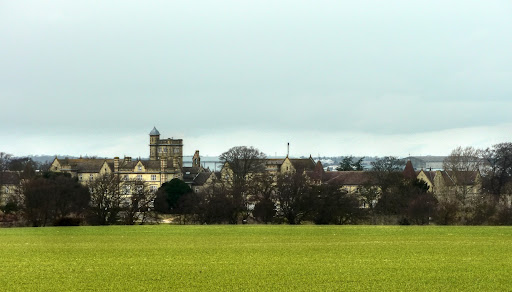 After the excitement of descending the Gog Magog hills and a maximum speed of around 30MPH/50Km/h my route took me along the strangely named Wort's Causeway - named after the benefactor Sir William Wort of St Catherine's College. If you follow the link there is a rather nice website I will have to read - cycle rides around the Cambridge and Ely area! I then ducked down the aptly named Red Cross Lane, which leads onto the Addenbrooke's Hospital Campus where I picked up the Sustrans 11 route off towards Saffron Walden. Mind you I was only planning on having a look around the recent Cambridge Guided Busway (CGB) works since they CGB will reach down to Addenbrookes and yet does not get much mention in the press. The map of the Busway shows a route from the City Centre to Addenbrooke's and Trumpington via the Railway Station. There is certainly a big bridge over the railway line near Addenbrooke's that has been build to allow the CGB traffic to cross the track. You can get to it from the Sustrans 11 route and the bridge is a road bridge with wide pavements and "segregated" cycling and walking parts on the pavement. The segregation is virtual as it is done by pavement colour. They also use the longitudinal concrete ridges on the cycle part of the path - I hate them especially when it is wet they make the bikes steering jink about unpredictably. On the pedestrian side the ridges are orthogonal and less disturbing to cycle on although bumpier. When you cycle you are taught to cycle across rail-tracks at right angles, not along then as it minimises the risk of the wheel getting caught up.

At this point in the ride I should have twigged that the weather was getting worse! There was rain in the air - you can even see that a splodge has gotten onto the lens of the camera.This seating area is on the other side of the bridge away from the hospital. It even has some parking for bicycles and seating. 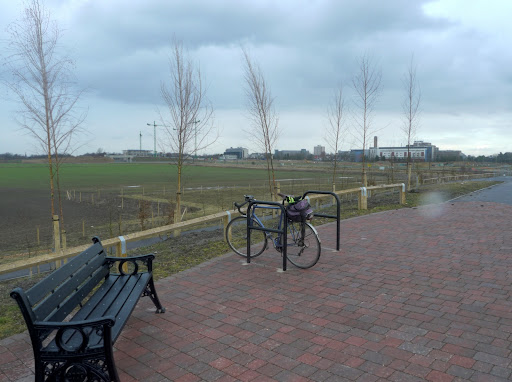 Looking towards Trumpington - shared use path, with those horrible ridges set into the path. 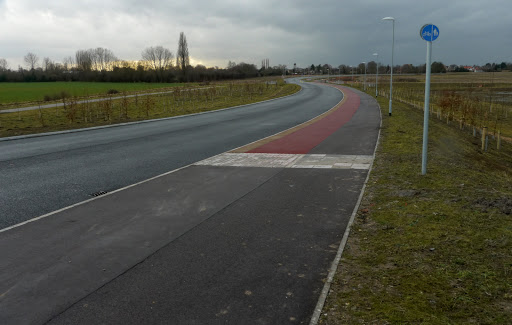 Looking back at the new Medical Research Park being built alongside Addenbrooke's Hospital. These cranes are visible for miles (kilometres).

There is an odd path leading from the railway bridge, I am not sure where it will eventually lead to - perhaps alongside the railway line? 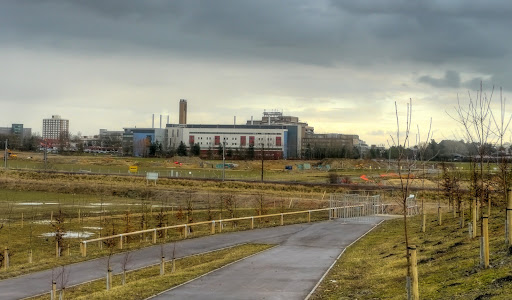 After a detour of Sustrans 11 I rejoined it along Long Road - pausing to take this picture of the CGB construction work. This part seems to be progressing more slowly to me - there was certainly a lot of work necessary up on Hills Road close to the railway station to provide a route for the CGB under Hills road alongside the railway track. On the right of the picture there is quite an encampment of workers - the track looks finished - but it has not gotten its recycled chewed up tyre infill yet. 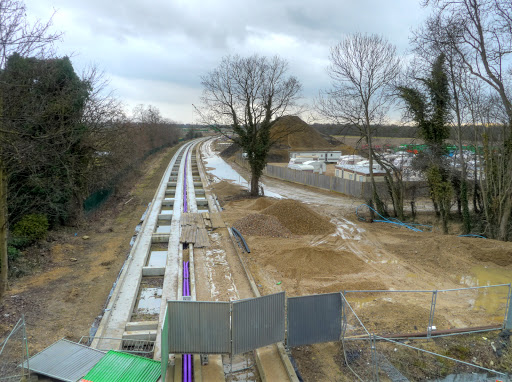 At the point I cycled up to the Trumpington Road and headed off towards Cambridge on the shared-use pavement before cycling down through New Bit, alongside Coe Fen then onto the Fen Causeway before crossing the Lammas land onto the A603 before heading off down Grange Road, Herschel Road, Sylvester Road, Adams Road onto Stacey Lane - up past the Cavendish Laboratory. This is a path that goes up to Coton. Why no photographs you might ask. Well it started raining, harder and harder and then hail came down, harder and harder. Despite having waterproof gear on icy-cold water got inside my collar ran down inside my jacket into my gloves. At this point I was freezing and just wanted to get home. My hands were so cold that I got little spams of pain as I went over bumps. Alongside the Cam there were some boat races taking place and I found myself cycling against the tide of cyclists following their boats. It was great to hop into a hot bath when I got home, after first putting all my drenched clothes in the sink to drain.

When you chop up chillies and have slight abrasions on your hands it causes your hands to sting slightly for a while, despite any hand-washing you do. Well I got the same pain from having icy-cold water in my gloves and having to cycle for a while.