Cycling in Suffolk for a change

The weather is still very changeable, wintry one minute, sunny the next and yesterday, just as I was about to head out we had a huge hailstorm which meant two things; putting on my waterproof leggings and waiting for it to stop. Hail can be quite painful on a bike.

It was 3pm when I eventually set off and for a change I headed off to Suffolk out towards Haverhill. The route is slightly hillier than my Wicken Fen route - but the maximum height was only around 130m so most people would not consider it at all challenging from a climbing point of view. Having said that there is the psychological pressure that makes the hills seem steep until you get to them and find that they are relatively short hills and not very high. In fact nothing like climbing 2000m mountains in India.

The roads were also very quiet, which always makes cycling more pleasant. It is both more peaceful, fewer cars also mean safer as well. On most of the small roads pretty much all cars overtook me by passing completely on the other side of the road. When I returned to larger roads, although only B-roads, the cars tended to pass with less room and faster. It would seem that the slightly wider and straighter roads are either populated by drivers who are less considerate or the smaller roads influence a better driving style. I know which I prefer.

Although it had hailed the skies soon became brighter, but because I had set off late and I my route was slightly longer I did not stop very often to take pictures. In fact I stopped twice and although the sunset was pretty good it had quickly gotten very much colder and I did not want to hang around.After cycling along Six Mile Bottom, which gets its name from its distance from Newmarket Racecourse and the fact that it is on valley. Not that you notice the valley when cycling through it. I then went a little bit down the London Road before turning off along towards Lark Hall and West Wratting. Where I noticed this house up for sale, I think. Although since there was no for sale sign then perhaps it was a house to the side. A quick look on the Cambridge Evening News Property website shows that it is priced - £625,000. If you check out the link they have not got a photograph of the house instead it is a water colour picture - which as you might imagine, in my mind, romanticises the house. Having said that obviously I thought it looked good enough to take a picture.

The picture is taken looking back, i was heading up the road to the highest point on the ride - around 130m. as you can see not really much of a hill. 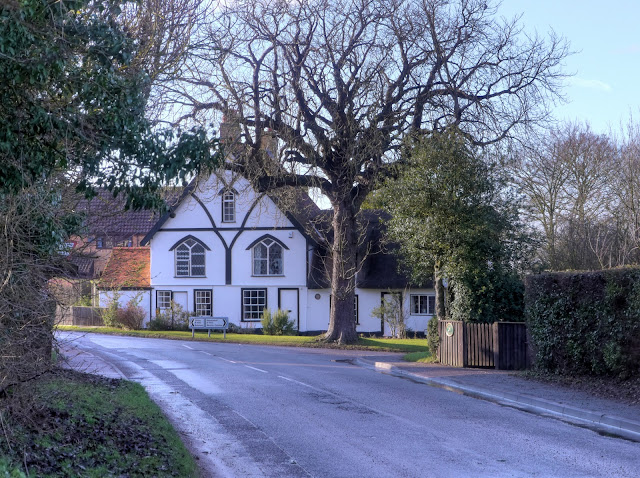 After West Wratting I carried on to Withersfield (the link describes the church mainly.) and then onto Great Thurlow where I joined the B1061 for a few miles before reaching Great Bradley where I turned off to Cowlinge, The countryside and villages around this part of the world are delightful. Although some ire is caused by those that live in the villages and commute to Cambridge apparently. The church in Cowlinge caught my eye - St Margaret's of Antioch was first built over 650 years ago. 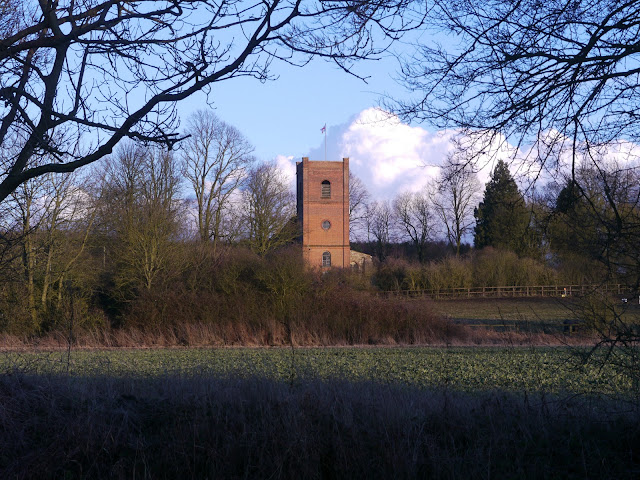 Here is a zoomed in view of the Church Tower. 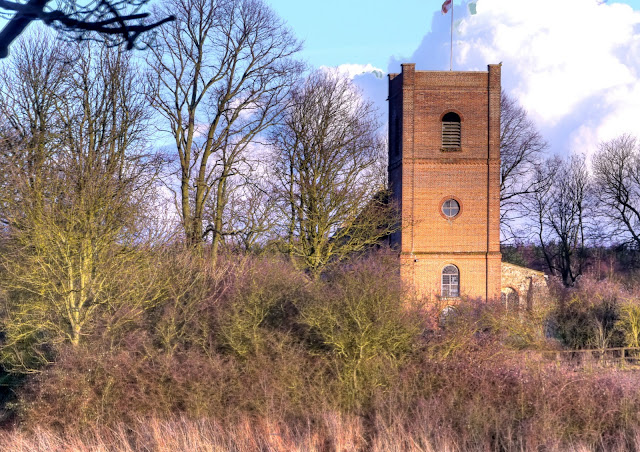 I then went back to Newmarket and followed Sustrans 51 via Burwell back and despite having multiple layers of clothing my toes felt pretty numb by the time I got back.