For some reason my Soggy Saturday Post seemed to have been posted twice, once with pictures and once without, so I have deleted the wrong one - sorry. I was also going to provide an update to my recent post "A loop around Cambridge - part 2, Cyclestreets...". Cottenham Cyclist mentioned some interesting stuff in his comment including a mapping website - OpenRouteService. So I thought I would give it a try with the Bar Hill to the Cambridge Science Park route. It is also based upon the OSM mapping data (OpenStreetMap) like Cyclestreets.

Here is the screen-shot of my trial. As you can see it seems to have selected the route I think I would have chosen. This router works for motor vehicles, pedestrians and cyclists, but I focused on the Cycling option which when selected has 5 different options; shortest track, mountain bike, racer, safest track and preferred cycleway/track (beta). For this particular journey all the routes indicated were as below, with the exception of the "racer" route which seemed to avoid the Cambridge Guided Busway and instead went via Histon. Here is the Route link if you wish to have a closer look. 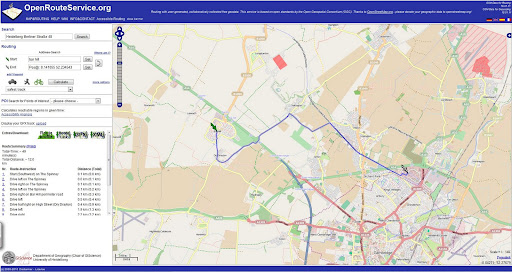 The calculated times and distance were similar as you might expect and there were options to download GPS data and a route profile. The two key differences are the absence of turn-by-turn mini-maps and photographs (Cyclestreets) and the avoidance of bridleways/byways by OpenRouteService. My guess is that the key difference between the two is that Cyclestreets "considers" bridleway for possible routes and OpenRouteService only considers those types of route if they have also been designated as Cycleways. The trouble is the cycle-ableness of byways can vary quite considerably. When I tried the OpenRouteService website on Sunday it was not working - so it is useful to have different sites offering similar services - it provides redundancy.

The other interesting document highlighted by Cottenham Cyclist was the Northstowe Area Footpath and Cycleway Network Project Report (pdf) which gives an interesting insight into the better (in my view) planning that has gone into the provision of paths and cycleways for Northstowe when it gets built. (Northstowe is a new development based around what was Oakington Airfield. It would seem that the CGB has been a useful strand in the planning process. It also discusses some of the new routes that I have come across that don't seem to have made it onto the OS maps available on the web. It also references the Cambridgeshire Rights of Way Improvement Plan ROWIP (pdf) which is part of a Government mandated push as part of CROW - Countryside Rights of Way Act. 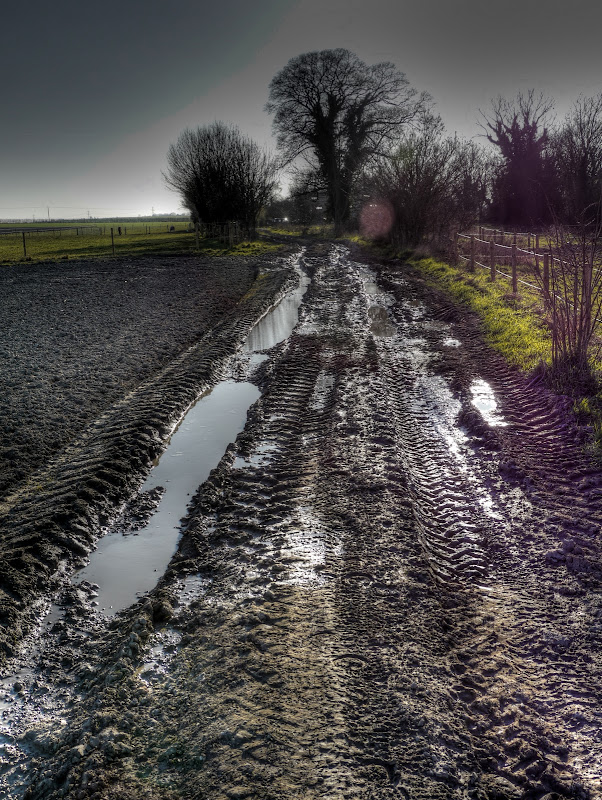