Saturday, 5th March: Saturday chores out of the way, the week's Archers podcast downloaded and on my MP3, the rest of the family out doing their things; time for a ride. As I went out it started drizzling, actually the bike seemed to drag a bit as I went to get on it, but I was paying attention to the Archers. As I set off up the road, my heart sank - a flipping rear puncture. Now I have to admit to some guilty secrets. As far as I am concerned bikes are very much for riding, I like them to work and it is years since I got pleasure from fettling mechanical things. Mind you the first time my brother and I put a motorcycle engine back together and it started on the third kick - that was a good feeling. But no, no longer. This year I have been riding my Longstaff Tourer, er mainly because my Marin Hybrid had a front puncture and not to put too fine a point on it, it needed a thorough clean and then quite a lot of things doing to it. (Mudguards, brakes and chain and block - the winter salt has done it no good whatsoever.) I kept putting it off and now I had two very dirty, mud-caked bikes and two punctures. 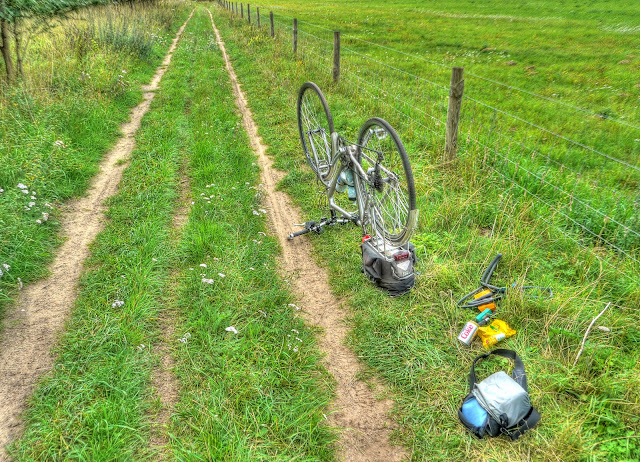 So with a slightly sinking feeling, I'd been looking forward to a ride, even if it was soggy, my plans changed. I decided that the best thing to do would be to give both bikes a good clean and then fix them on Sunday morning before setting off and making up for lost time in the afternoon.

So I hosed down both bikes and then used a bit of "green" bike cleaning stuff and a toothbrush tried to get the grime off the rims and chain-rings. The salt really had caused problems with my Marin chain - some links were a bit stiff. So I oiled both chains ready to sort things out on Sunday Morning. 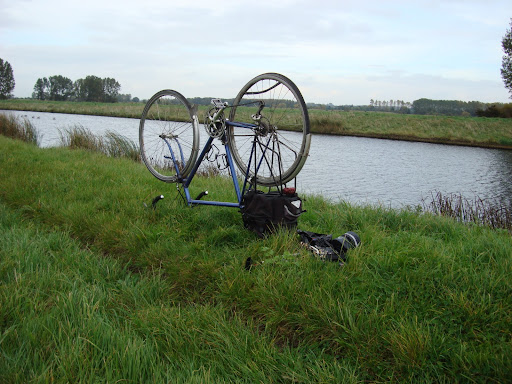 Come Sunday morning I set to it. The front tyre on the Marin came off and because the tyre was pretty chewed up and the inner tube already had patches I decided to replace both. I use Schwalbe Marathon Plus tyres - which are very very good but not impregnable and I find once they reach a certain point then punctures start getting frequent. Part of the problem is that I do quite a lot of "off-road" riding. For instance the Lodes Way along by White Fen seems to have a surface of coarse sandpaper with quite sharp little bits of grit for the surface. It is recommended that you check your tyres and dig the grit out of them on a regular basis, which is something I do, but it leaves behind loads and loads of cuts on the tyre surface and some can be quite long and deep and it is only a matter of time before another bit of grit digs the hole deeper.

When I replace inner tubes I tend to dust them with talcum power, partly to stop it from getting caught and partly to ensure it fits in the tyre properly when inflated. As it was cold I ended up sitting just inside the back door, trying not to get talcum powder all over the place. Still at least it smells nice. I pumped up the tyre and then had a look at the brake blocks, they were pretty worn all around. Another thing with cycling in muddy gritty conditions is that it wears the brake blocks down as well. So I replaced those. That was a job I had to do out in the cold, if my wife is out then I will sneak my bikes in, but she wasn't, so I couldn't. We have a gravelly patch outside the house and I have to be very careful not to drop small washers as they can take aaaaaages to find again. I also put a bit of grease on the nuts used to hold the brake blocks in place. The Marin has V-brakes and the brake blocks come as a one piece construction along with the studs.

I then turned my attention to the Longstaff, this time it was the rear tyre. Once again the tyre was pretty chewed up with cuts along the edge - so I replaced it. The rims on my Longstaff are a bit different and fitting a new Schwalbe tyre to them can be quite tricky, as you seat the tyre against the rim a bit the other side seems to pop out. It is not that difficult, you just have to pay a bit more attention. Then it was a time for a test-cycle. I went up and down the road on the Marin first. The first thing I noticed was the saddle felt funny as it it had been tipped forward. The bike also seemed to wobble a bit a the back. When I checked out the saddle it was level, but I noticed that the saddle on my Longstaff was tipped back.

It looks as if I'd gotten used to an odd position so I left the Marin saddle alone, but on checking the rear wheel I found that the rim had split. A chunk of metal had been pulled up near one of the spokes and split. Fixing wheels is my weak spot. So at this point I decided to send it into Ben Haywards to get properly fettled and turned my attention to the Longstaff. I re-positioned and levelled the saddle. Despite the fact I knew it was now level it felt weird and tilted, but I also realised that if felt more comfortable on the handlebars. The saddle had been tilted backwards and meant I'd got more of a stretch to the brakes, so despite my complaining rear end and found it more comfortable to ride with a flat saddle. 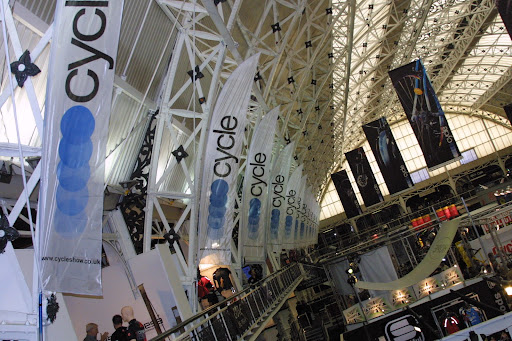