From the Cambridge Science Park to Blossom Snow

Friday, 18th March: I had a few meetings in the vicinity of the Cambridge Science Park on Friday and what better way to get to them than to travel by bicycle. The weather was ideal, not miserably cold, but cool enough so that I didn’t get too hot in my non-cycling clothing.  I also seem to be learning my lesson and was prepared in advance for my meetings so I set off with sufficient time to spare so that I didn’t need to cycle to quickly and could look around. As it happens although I did a quick scan I was so careful not to cycle to fast that I didn’t really have a lot of time to spare. My meetings finished around lunchtime so that is when I took a few photographs.

This will be quite a short Post as I did have other things to do that afternoon.  The pictures are from my small Sony DSC W200, no longer available but I have found it to be a very solid and reliable camera as well as easy to carry.

When I set of I did a quick loop around the Science Park but in the end I took only one picture of a building this one. 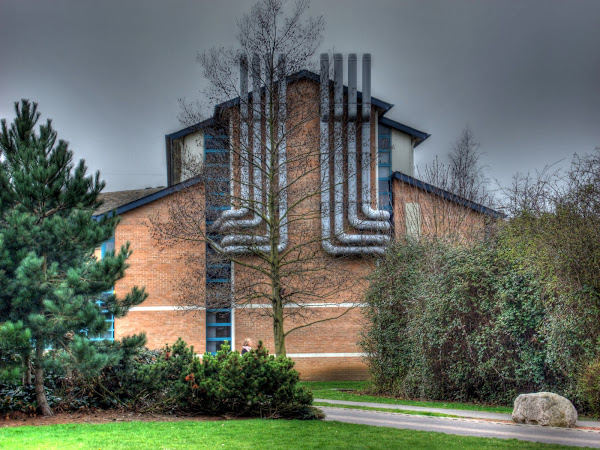 I then left the Science Park and thought I’d have a look at the Cambridge Guided Busway near Orchard Park. (Or Orchard Park from South Cambs website.) Although I can’t resist pointing out two pieces of news, the first saying that “One in ten of Cambridgeshire’s streetlights is set to be removed to save cash and energy”. Whilst the second item points out that the “Park and ride lights ‘like burning money’”.  The lights on the Milton Park and Ride are lit even when there are no buses running. Is this an example of disconnected thinking?

Here is the CGB alongside the Science Park, the hedgerow seems to be going green nicely, now that Spring is on its way.  There seems to be a nice bit of green growing between the concrete tracks as well. 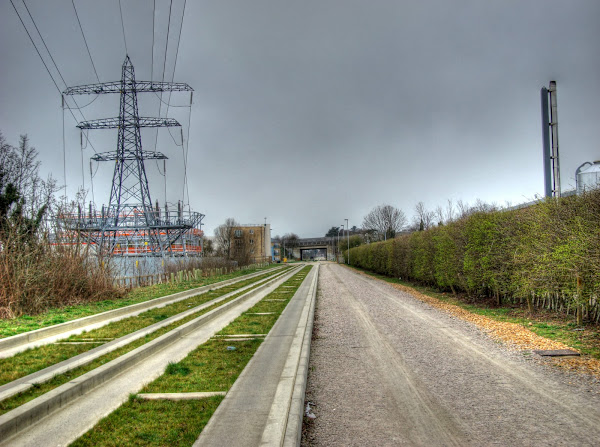 This is the spur leading from the “main” CGB route round Orchard park.  There was a nice large sign indicating, what I thought was the shared use path alongside the track. No the shared-use path just reached the small bus shelter.  There was nowhere to go or park a bike. I can only imagine that perhaps the sign is the wrong way round.. Or perhaps they expect lots of cyclists to ride up to the bus stop and get on with their bikes. Although I can’t recall seeing any facilities for bikes on the guided bus I was on two years ago when they ran them as a trial for Cambridge residents.

It is also interesting to see that the security camera up in the pole has a shield so that the operator can’t “inadvertently” peep in the bedroom windows of the nearby flats. 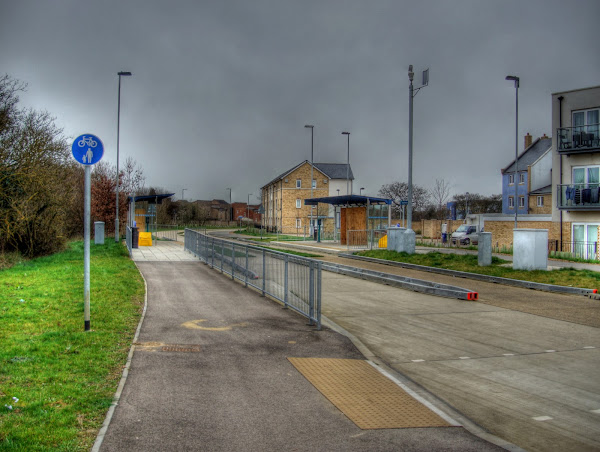 A little further along the CGB loses its guide tracks and is just two sets of concrete paths.  Presumably the buses will operate some sort of restricted  speed limit along this bit.  I would hope that the drivers don’t get confused about what bits they have to steer the buses and what bits they don’t. The gap between the two tracks is also as close as the guided bits which again surprises me.  I thought that an advantage of the guides was that the separation between oncoming buses could be less than for a conventional road. 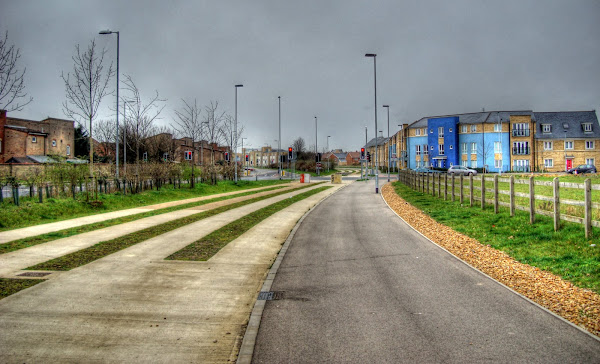 My ride hopped around a bit as I cycled around during my lunch break.  I was a little disappointed to set that this van was partially blocking the advisory cycle lane. Clearly someone does not understand quite what it is like to cycle past a van with wide wing mirrors.  A little bit further along there was another car parked in the lane, but when I stopped and held up my camera it moved along. 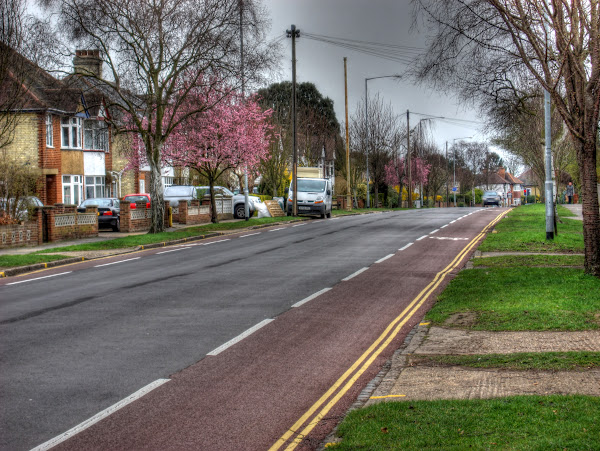 At one point as I was cycling around there seemed to be a snowstorm, caused by the blossom from these trees being blown around. 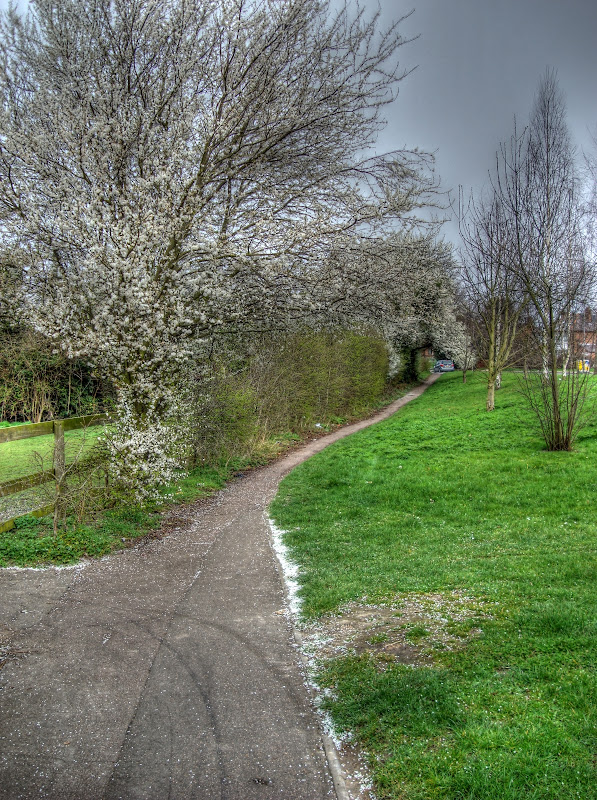 Sometimes I resent it when I don’t get the chance to get a good cycle ride. However despite the fact I was only cycling around Cambridge I managed get around 30Km in just pootling around.