Books wot I am reading! (or have just read)

Having recently read the book by Tyler Hamilton and Daniel Coyle – The Secret Race (inside the Hidden World of the Tour de France…) Which has recently won the Sports book of the year prize. I decided to read another book about drugs.

I enjoyed the Hamilton book – it was disappointing in the sense that I would have preferred a world in which Lance had won his titles the right way and so it shattered my illusions. However the world is all the better for shedding light on such darkness.

It must have been tough being a cyclist in that era – the pressure to conform must have been huge. Indeed I think that the pressures on all professional sportspeople (and amateurs for that matter) are huge. Perhaps the rewards fir a small number are part of the problem– but that is something society is to blame for really. I do believe that any punishments should not be too draconian – a life ban for a first offence is too strict. I reckon that the professional bodies must share the responsibility and am pleased to se that Greg LeMond is willing to run for the  UCI presidency and has joined Change Cycling Now.

If you were wondering about the picture (and even if you weren’t) I experimented by moving the camera around and using a combination of flash as slow shutter speed. I wanted to get a reasonably clear image, but with some “speed” blurring. It seemed to work – the real book cover is sharper. 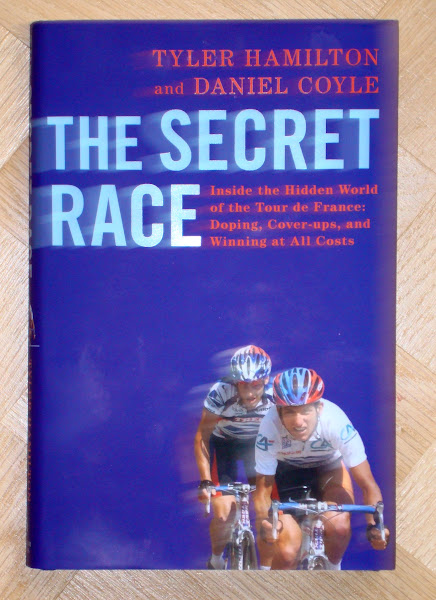 What was the second book about drugs – Bad Pharma by ben Goldacre.  This book was another eye-opener and well worth a read. It deals with pharmaceutical drugs – the sort we get prescribed by Doctors when we are ill.

It would seem to me that all is not well in the world of Pharmaceuticals either.  I hope that his book makes a difference – for all our sakes. 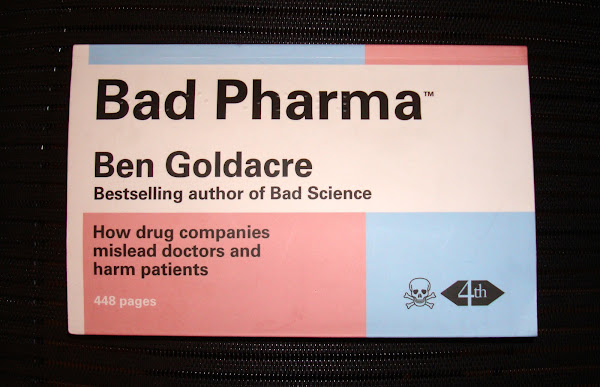 This is his second book – the first is Bad Science and he also writes a column for the Guardian. He also has a couple of Blogs – you can find them from that last link and has been on tour with the Uncaged Monkeys. I saw it in Cambridge – it was really good.