Mid-week ride–not so grey skies on the Lodes Way

Wednesday, 5th December 2012: it is not unusual to see other cycling Blogs that also discuss photography. I guess to a large extent if you are going to Blog then the chances are that you will also use pictures. One that springs to mind is “My Orange Brompton” with as much passion for the cameras as the Brompton bicycle (well almost).

What I rather like about cycling and photography is that now matter how many times you visit a place there is always something new to see. The combination of weather, seasons, man, nature and time of day combine to create something new to see (and photograph). Now there are some routes that I do get a little bored of – but I still find myself taking pictures.

There are also regular routes, or perhaps areas that I don’t get bored of and there are some vistas that feature incessantly in my Posts. I don’t apologise – just suggest you scroll through the images that you find oft-repeated.

The Lodes around the Lodes way are regulars in my posts. So much so that even on days of few photographs they sneak in, like this one of the ripples on Burwell Lode as it heads towards Upware. 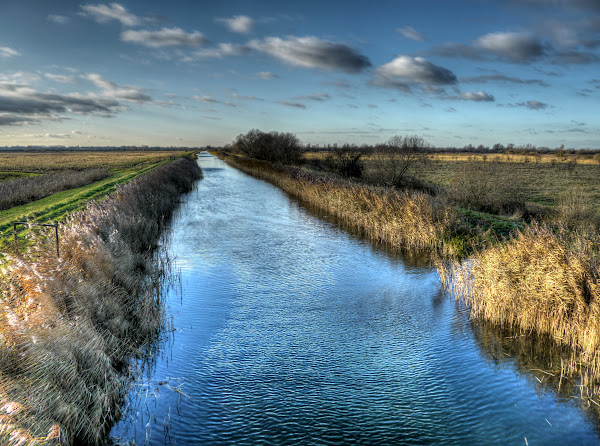 The other fascinating thing about both cycling and photography – well I think it is fascinating, is how a route can look so very different depending upon which way round you cycle. I have gotten lost by cycling a route I know pretty well backwards. I couldn’t believe it when it happened – I had to resort to my GPS to work out where I had gone wrong.

This picture and the last were taken from the same spot– the footbridge over Burwell Lode along  the Lodes Way, one after the other.   Yet the elevation seems different, there are more clouds in the sky, the grass looks a different colour and the quality of the light is very different. 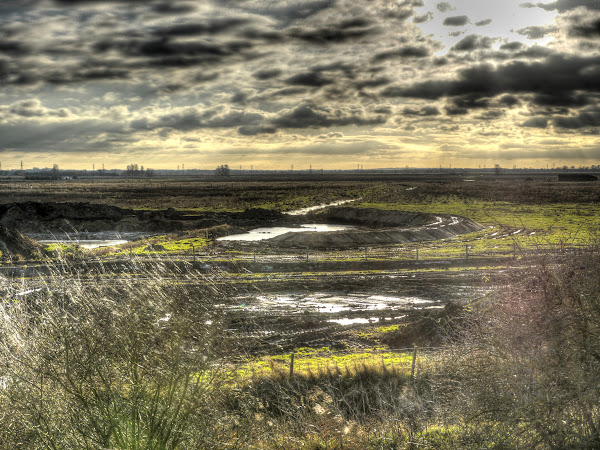 This is a scene I have photographed quite a few times – Bakers Fen, part of Wicken Fen. These flood during the winter months and then dry off during the summer, generally. At this time of year the sun tends to be low in the sky. 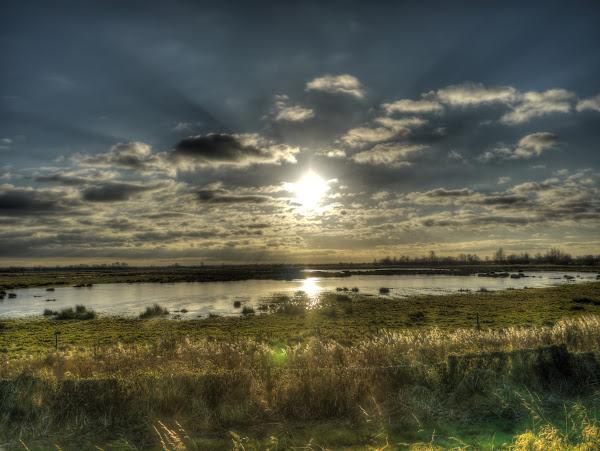 I like the Lodes Way area because the are many variations to the ride you can take, This time around instead of heading back along Lodes Way I headed along NCN51 from Burwell. By the time I had reached the outskirts of Bottisham the sun was pretty low – there was just time for a few pictures in the last of the remaining light.

This is a silhouette of Holy Trinity – “one of the most recognisable churches in Cambridgeshire”. I am not sure I would be able to tell apart it in a Police line-up, in fact I am pretty sure I wouldn’t be able to – but since I was cycling into Bottisham I had a pretty good idea. 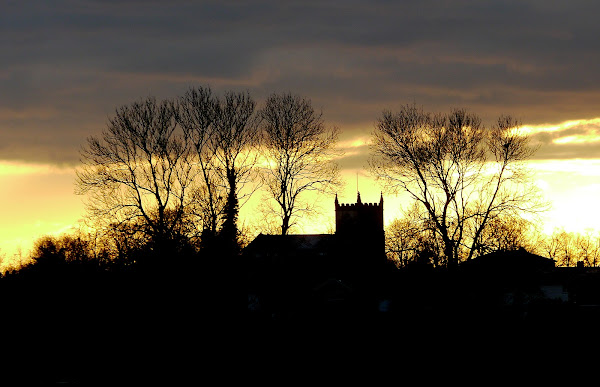