Thursday, 1st August 2013: I was getting a little tired and with the blazing sun I was getting through my water quite quickly. But when I got to Bardney Lock I was a little dispirited to see that I still got 22.7 miles to go having travelled 8.3 miles from Lincoln. So, slightly foolishly, I decided not to nip to the shops when cycling through Bardney.

It seems that the railway engineers took a bit of a short-cut when passing Bardney and didn’t stick quite so closely to the river.  In one of the loops a sugar factory was built – Bardney Sugar Factory in 1927. In 2001 the closure was announced although, Finished Products and the Packaging Plant were to continue operations.  Although it is now no longer used  apart from storage.

There were reports that it was going to be demolished for safety reasons but that was in November 2011? But as you can see in this picture taken on the ride it is still much in evidence. 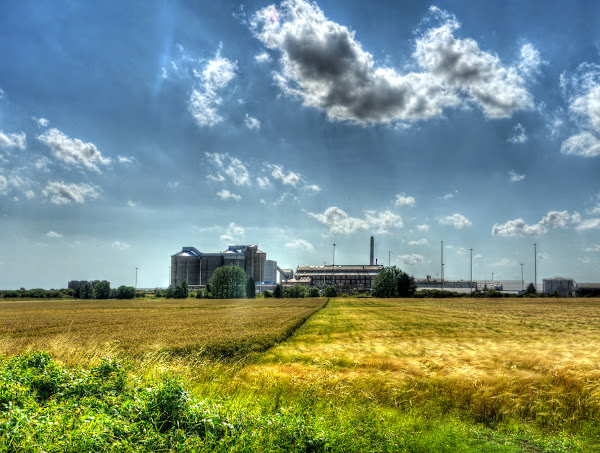 I mentioned Bardney on the way up – quite a busy place. Here are some old pictures of the railway station. The Witham valley had nine great monasteries – good land, good links and proximity to Lincoln Cathedral were the reason. There were also the Bardney Riots – in 1812, caused by drunken navvies working on the improvements to the River Witham. The same link also mentions that British Sugar bought the sidings in 1981 when the railway closed.

The Summer route goes along a bridleway parallel with the line of the railway before cutting back to the riverside.  It is quite soft, gravelly going and quite hard work. It would have been possible to carry on to Southrey, past Southrey Wood, I didn’t though.

Hum I did take a picture of a Typhoon after all, which I assumed was flying from RAF Coningsby, they are noisy beasts. The canards give the game away.

Typhoon above the skies of Bardney 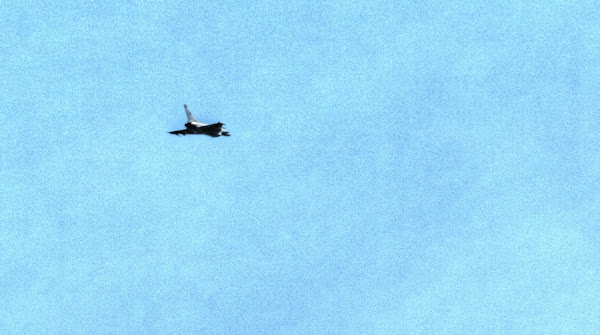 This cyclist appeared travelling towards Bardney where the detour re-joined the riverside. She then turned around and set a stonking pace back the way she came. I would have kept up with her – but I had to keep stopping to take pictures.

One of the signs I stopped for was about Southrey Wood – an ancient limewoods. There are trails to explore the woods by. Another sign explained what sort of wildlife there was and their prints – someone better warn the badgers. Whilst using Google Earth to check out my stops I noticed that those ancient limewoods of Southrey had a sewage farm cut into them – how precious they must be. 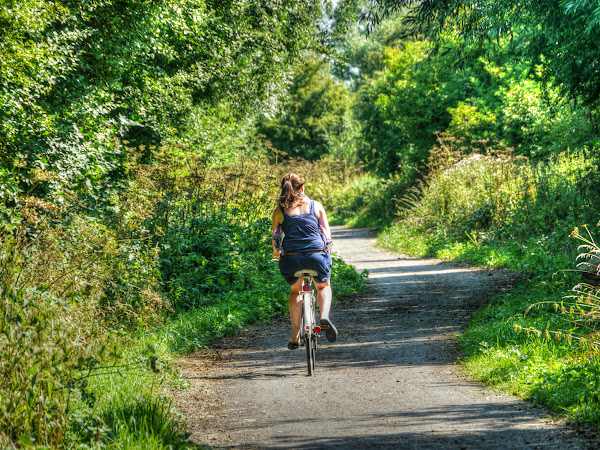 Your starter for 10 – who sculpted these pigs – Nigel Sardeson.  Here is a bit more information about him. 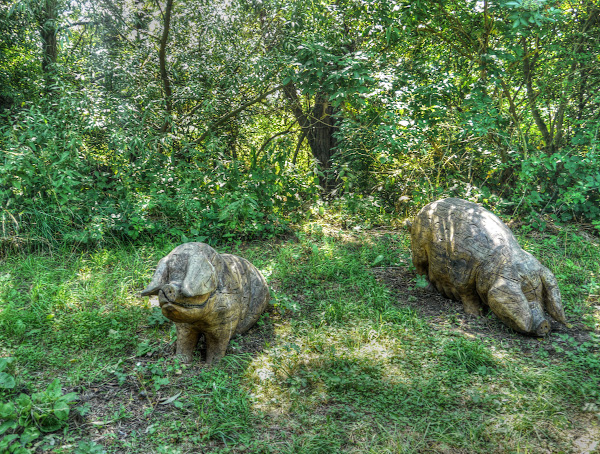 Eventually I reached Southrey still not halfway! Twelve miles of the return leg done, nineteen to go. Once again the excellent (IMHO) Disused Stations website has a series of pictures of Southrey Station from when it was in use through to today.

Apparently the last passenger trains departed the platform in 1970.  You could be at King’s Cross in just over three hours! As you might expect there was a chain ferry to allow those living on the other side of the river to get to the station and for the children to get to school in Southrey. Apparently it took 103 turns of the handle to wind the ferry across the river. 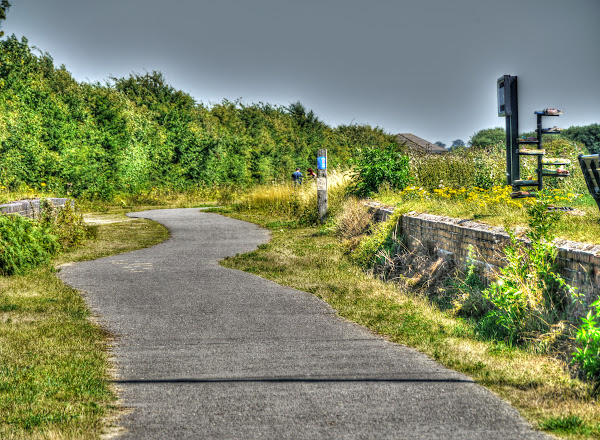 I had hardly left Southrey and I stopped again, to take this picture of Coronation Farm alongside Bucknell Fen. 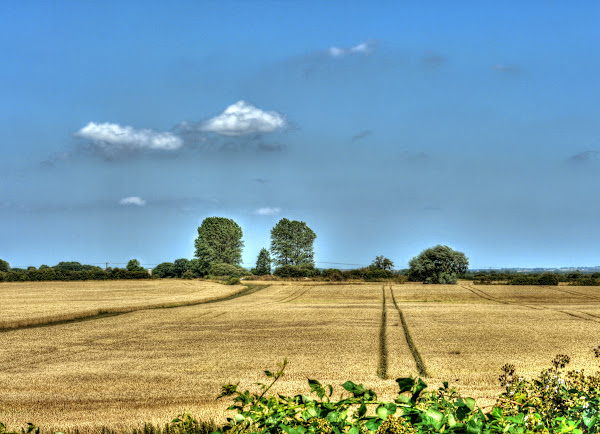 The observant will notice that I have placed the horizon on the lower third (rule of thirds).  For choice I prefer more sky in this case. 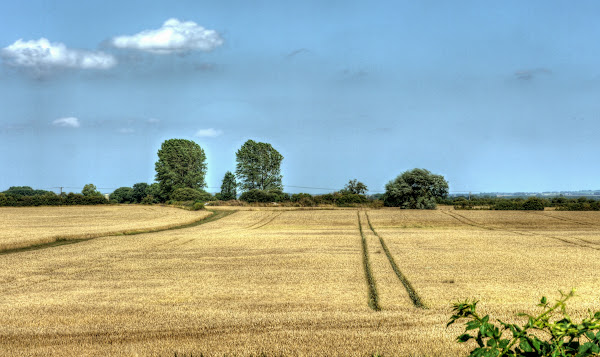 The Water Rail Way wibbles along towards Boston Round Bales of hay – alongside the Water Rail Way 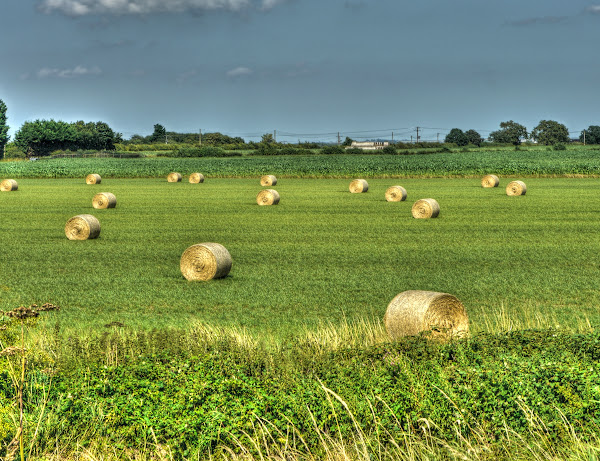 Another question – your starter for 10 – who did this – The River Pillar. It has a line from the poem The Brook by Tennyson. “For men may come and men may go, but I go on for ever”. I knew how it felt – the return journey seems to have been going on for ever as well. 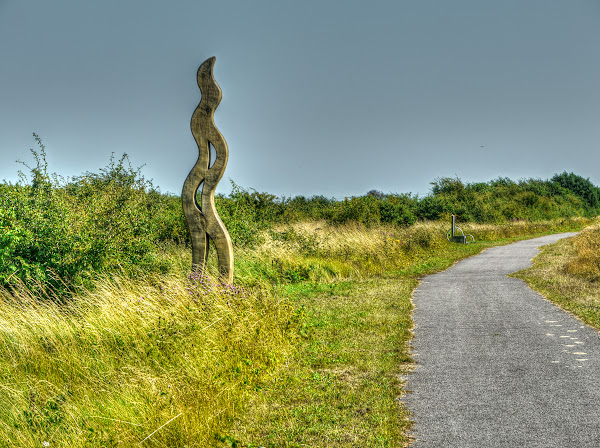 At last I reached another “station” on route – Stixwould Station.  Check the link – the pictures near the end show the signal box as separate from the Station building (Jan 1976) – but connected by April 1990.

Certainly that is a pretty cool room to have as part of your house. I can’t see any levers though. The place is now a retreat – Time Away. Here is their Moon Fruit website.  This looks to be a picture of the inside of the signal  box.

As I have come to expect there was a ferry for the folk on the other side to get across from Blankney Fen, it operated up until the 1960s. Emily Martin was one of the last ferry operators and her husband Les operated the signal box. 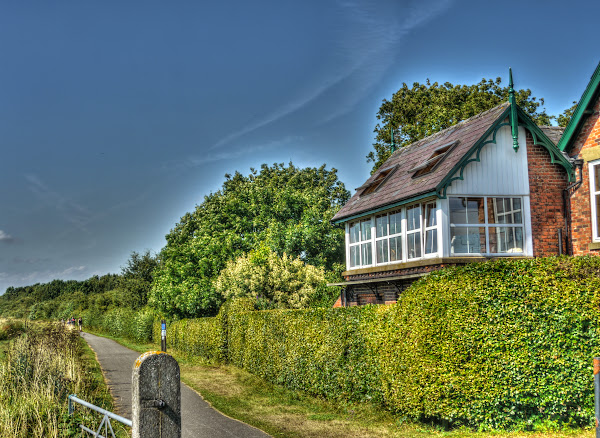 So Stixwould – 13 miles complete 20 miles to go – it is a good job that it is such a lovely day. This would be awful if it was raining.

I find it slightly odd that some of the works of art have information and others don’t seem to have much information. This is Daisies by Mick Burns (another chainsaw sculptor), with another line from a Tennyson poem (In Memoriam)  carved into the wood – “and the daisy closed her crimson fringes to the shower”. The theme was deliberate – it was to celebrate  Tennyson. 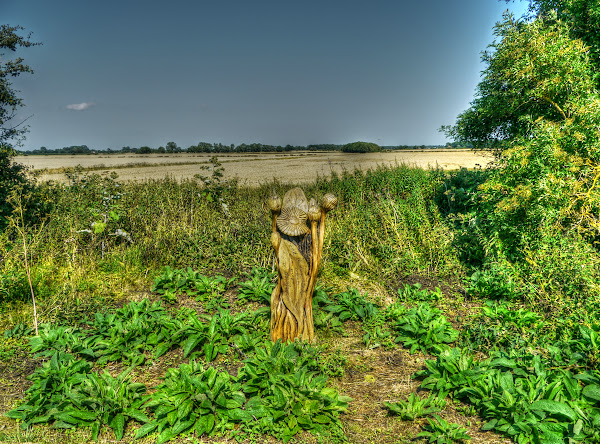 The sight of the sheep meant I was getting close to Kirkstead Bridge – I would definitely stop and get something to drink there. 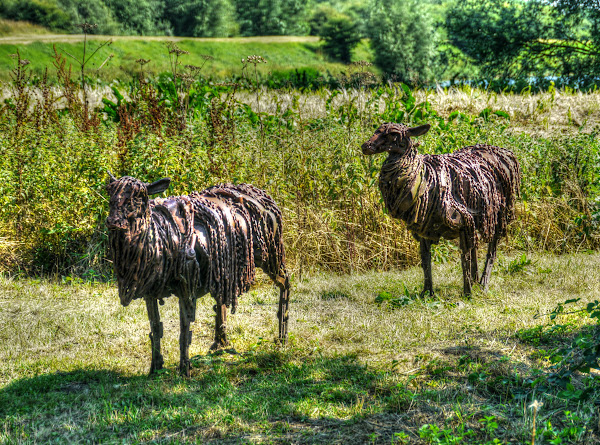 Fortunately there was a garage near the bridge so I didn’t have to cycle into Woodhall Spa. I got some diet coke and a bottle of water and drank the water before moving off – it took a while as it had come out of the fridge and I kept getting brain freeze.

This station was called Woodhall Junction, although the tickets also seem to mention Kirkstead. Up until 1891 the river was crossed by ferry. (Once again some fascinating pictures on the last link – Disused Stations.

Coming next – back on the roads… (and then the final off-road bit to Boston).

To recap the one-way distance is around 35miles/ 56Km and it is flat. There are alternate routes at Bardney/Southrey – so I used one going up and the other coming back. Here is the Bike Route Toaster Link. The route is flat, there are places to get refreshments along the way, but I would recommend taking something to drink.

Both Lincoln and Boston have stations – although Boston is a little bit off the beaten (railway) track. 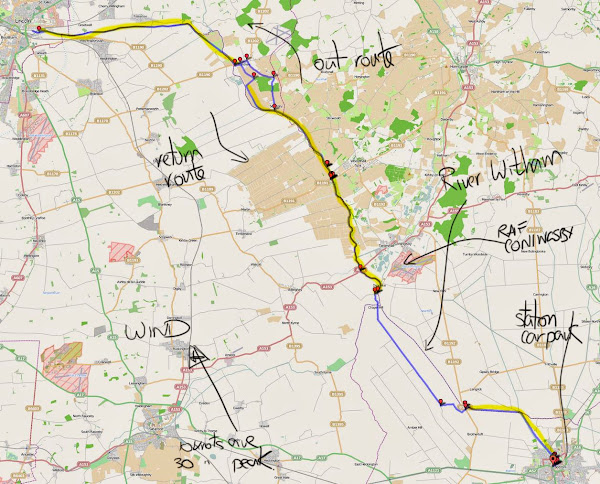