Friday, 6th September 2013: I can’t claim to get politics with either a small or a large P. But I do wonder just how decisions are made what evidence is used to make them. For a start where does the County end and the City start here in Cambridgeshire when it comes to making decisions. Whilst at the same time the Central Government also seems to hold a lot of the purse strings and controls the motorways and major trunk roads through the Highways Agency.

There is a Local Transport Plan 2011 – 2026 (aka LTP and LTP3) developed by the county council along with the local councils. In case you have forgotten or didn’t know here is a map of the various councils within the county here.

The vision within the LTP3 is:

“Creating communities where people want to live and work: now and in the future”

This is a laudable aim, but “a bit motherhood and apple pie” and surely transport plays more of an enabling role. The document also starts with eight challenges:

Which leads me to the question how on earth did £900,000 get spent on the Catholic Church Junction with half being funded from the national cycle safety fund to achieve so little. It seems that it is both scandalous and fraudulent. Apparently the main cycling benefit is the first trial of an advance green light for cyclists on the Hills road approach (yes that’s right just one of the four approaches.) According to the CCyC review:

“An advance green light with an ASB, and three ASBs that can't be reached, does not make a cycle scheme”

So looking at the challenges and comparing that with what happens in practice – it seems that the public have been sold out. The cycling fund was used to pay for a new junction and a bit of paint was splashed on the roads. (UPDATE More on this from the Cambridge Cyclist.)

What else can we expect out of our Transport Strategy – something daft like managing demand for the Park and Ride by putting the cost up – well yes actually.

The current cost of the service is £2.60 for a standard return for one adults and up to three 16-year olds. (Aside – now kids have to stay on at school or some such education until they are 18 will the age for such concessions be increased to 18?). The weekly cost is £12. The idea is that each car will also be charged £1 for parking in addition. Why, well the annual running costs of the Park & Ride services is £1 million per year apparently.

Now they could charge Stagecoach a bit more. During April 2012 – March 2013 3.65million people were carried and Stagecoach pay £2 per bus that leaves a P&R site. So if the average number of people per bus is 20 I reckon that means there were 182,500 bus movements. So by increasing the cost to Stagecoach by say £2 that would raise the income by £300,000 odd.

Although there seems to be a bit of a flaw in my reasoning. If there really were 3.65 million people carried, if that averages out at 2 people per car then assuming demand for the services doesn’t reduce (a big if) then an additional £1.8m plus all the Park and Walkers (P&Ws) and Park and Cyclers (P&Cs). Hum there seems to me to be a possible hidden agenda – the smokescreen to appeal to fair play – why should P&Ws and P&Cs not have to pay when really the agenda is about making a bit of extra slush money.

They could also reduce the running costs of the car parks – where does the £1m go?

Of course the elephant in the room is that whilst £1 a day doesn’t seem too much, it is £5 a week and a few hundred quid a year. The 2law” of supply and demand suggests that if you put the price up the demand will go down. The more mobile P&Ws and P&Ws will just park elsewhere for free so actually the losers will be the regular bus passengers anyway. This means that those living around the areas will also see an influx of cars parking on the streets.

It will also cost £800,000 to put in the payment systems – I know you have to speculate to accumulate – but this particular decision just doesn’t seem to be very well informed to me. It would seem to be poorly thought out – or at least articulated. The real problem I have is that despite our Transport Plan and its vision of improving our communities with sustainable transport it pushes everything in the wrong direction. More congestion, more street parking and cyclists and walkers being charged because they are doing their bit to help society by improving their health and reducing their pollution footprint.

But hey what should you expect from a decision making process that “steals” £450,000 from a cycle fund to pay for a better road system for cars.

NCN51 Runs through the Newmarket Road Park and Ride 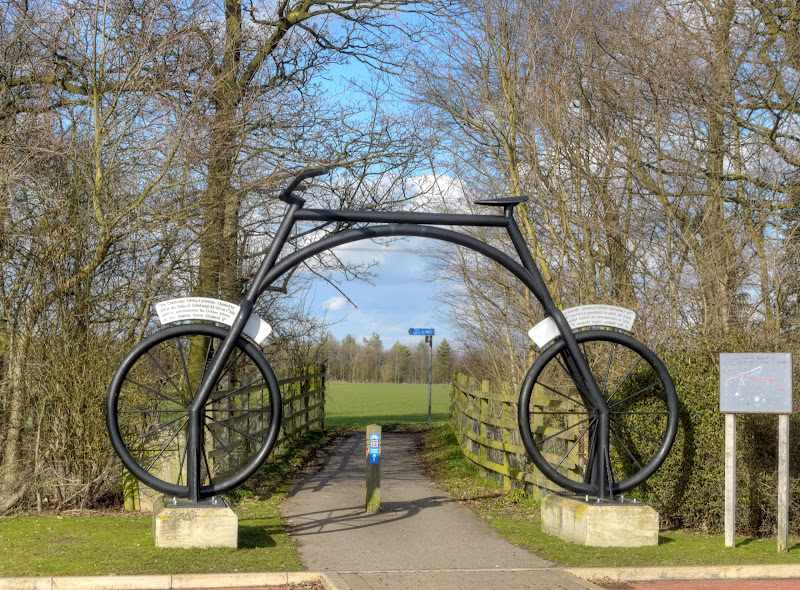 A sign of the future – empty Park and Ride sites as the prices go up? 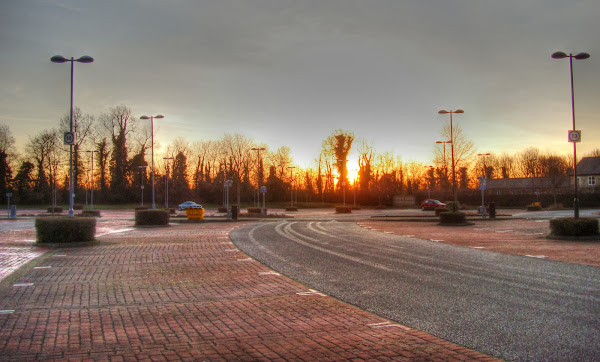