Sunday, 4th August 2013: A quick post, for the same reason as the last but one, although there are fewer pictures and the route I took was longer.  High Ditch Road, Low Fen Drove Way, Hundred  Acres Road, old rail track to Lode, Dam Drove, Harveys Drove, Lodes Way, Little Fen Drove, Burwell, B1102, Swaffham Prior and NCN51.

Low Fen Drove Way – my  mission catch up with him, without buckling a wheel 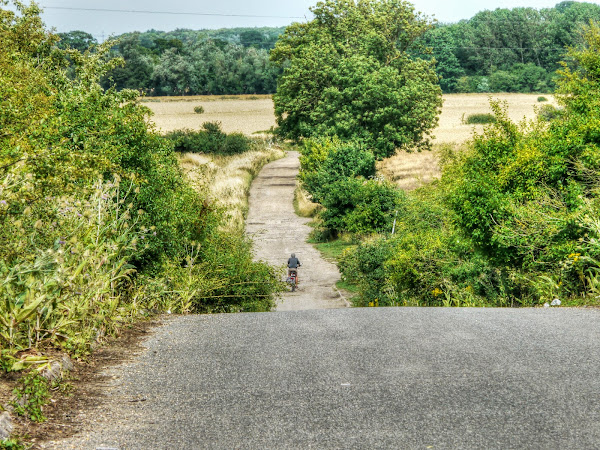 There is an old farmer’s saying (that I have just made up) “when the weathers fine don’t hang around”. They haven’t been hanging around in these parts. The field between Low Fen Drove Way and Horningsea has been cut and the straw baled and removed. 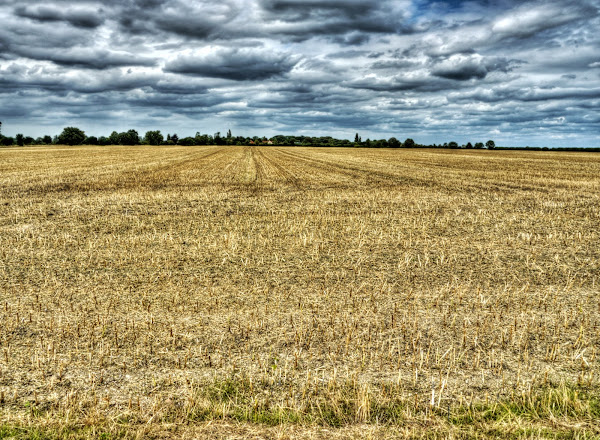 A farmer with mixed kit – John Deere tractor and a Massey Ferguson square Baler. I think it is a 185. 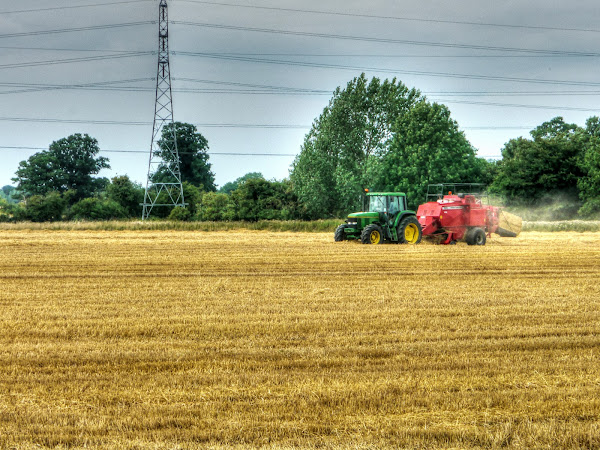 Just past Allicky Farm and what looks like a New Holland Combine in action. 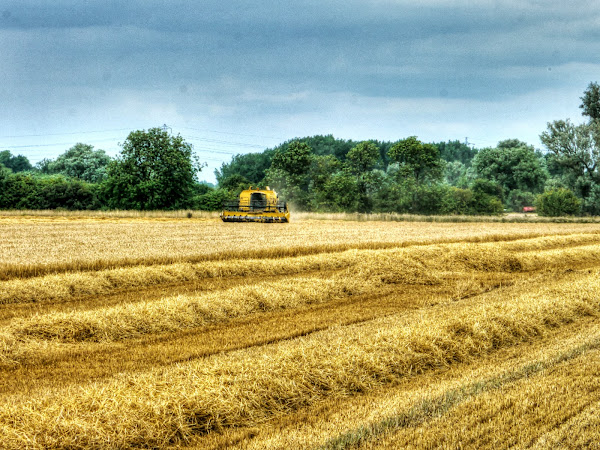 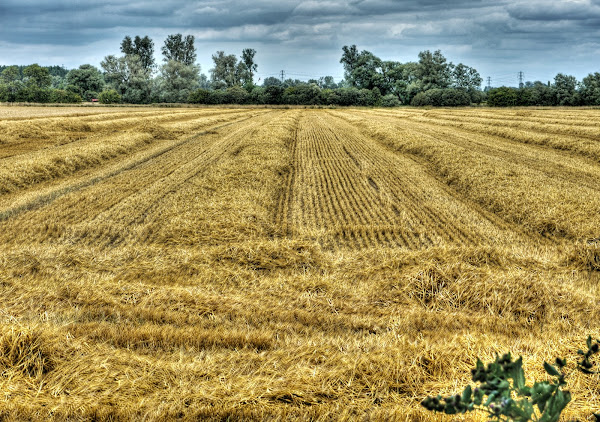 I like the Lodes Way cycle route, although it is perhaps a bit remote for casual cyclists. Although I have chatted with cyclists who have driven to Lode, parked up and then cycled around. I think they wanted the peace and quiet and preferred to drive rather than cycle along the roads.

I am pleased though that it is getting regular use, I regularly see cyclists and sometimes in their droves, there are bird watchers and the occasional dog walkers. Although not as many dog walkers as I would expect really.

I would love to see how the numbers of cyclists has increased, in fact I would love to see the data for the various Cycle ATCs, apparently there are quite a number in the county. (See Slide 71). I think that ATC stands for Automatic Traffic Count(er). I can’t easily find the data from the various counters though. There is an ATC near the Swaffham Bulbeck Lode Bridge and one near Newham Drove and I have been stopped and questioned about my journey habits a couple of times on the Lodes Way – but that data seems to fall into a black hole. 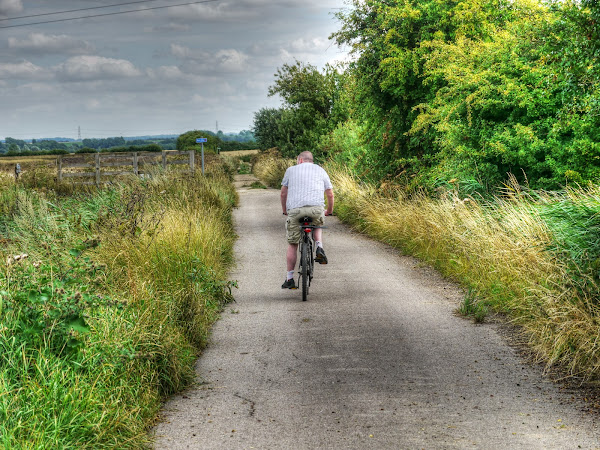 This is the field to the left of the road in the previous picture. A maze-less Maize field – it has grown a lot recently. 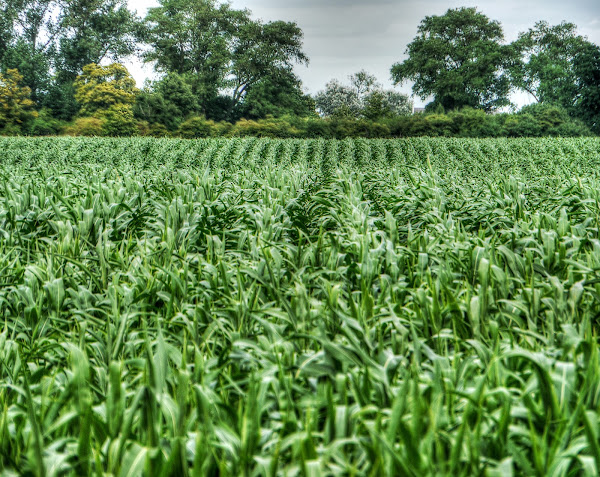 On my way back through Burwell I passed this rather nice house – with a plaque on the wall.

Edward Fitzball lived here. I have never heard of him though – although his work is really my cup of tea. 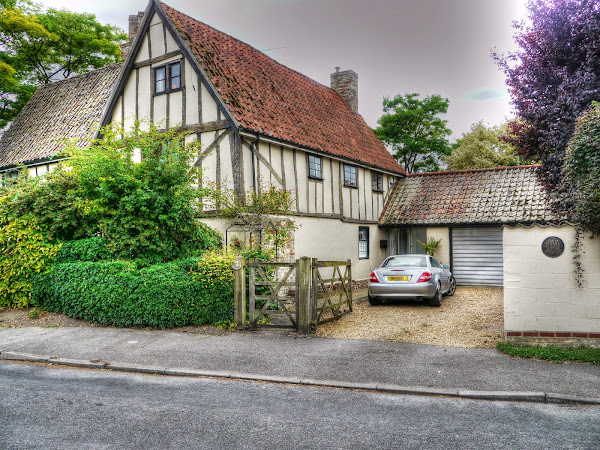 I haven’t heard of the song either – here is it on You Tube. 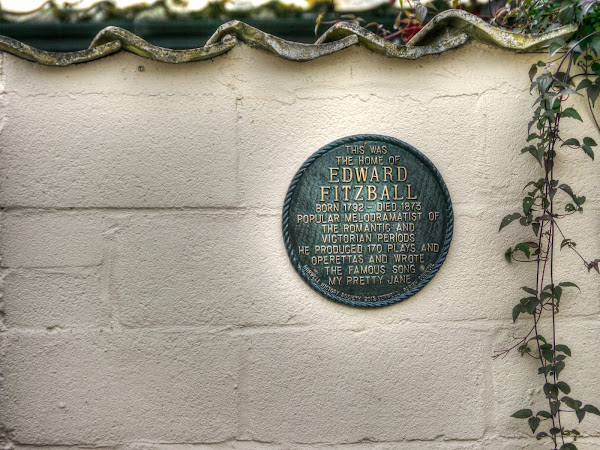