Taking a bicycle to Bath - but no cycling!

I know that I am using the excuse of being busy as the reason for the decline in my November kilometerage (mileage), but it is true. I have been back down to Bath again for a couple of meetings and was hoping to use the same preparation for both with a minor change to the details. Unfortunately I found out at the last minute that there would be over-lapping attendees. Now no-one else is to blame, it was my fault for not checking. In the end I had to create some new stuff for the second meeting. Which entailed a bit of late night work in addition to the evening Cambridge meetings.

Deadlines do drive you though and so I got things done, albeit just-in-time and then loaded up my car for the trip down. My son had asked me to take his bicycle down and my original plan was to take my bike as well and get there early and go for a spin around somewhere. Probably not along the tow-path - I was hoping to check out the Two Tunnels work. As it was I ended up loading my stuff into the car at the last minute and so decided against sticking my bike in as well. Not because it wouldn't fit - one of the good things about the Land Rover Discovery is that you can carry loads of stuff - but because I set off much later than planned and would not have any spare time. In fact if I left it too late I was going to be late for my first meeting!

Because I sorted out this visit a bit at the last minute the many of the hotels were either full or very expensive or both. Fortunately I did get a room in the Holiday Inn in the centre of town, which was convenient. Unusually my drive down was uneventful and at the shorter end of the spectrum of possible journey times. I took the A505 across and didn't join the M25 until 21A. (There are other ways of getting even further before joining the M25 - but they weren't needed) When I got to Bath it was pretty busy though. If you have ever driven around Bath it has an interesting road layout and certain roads become rather static during the rush hour. When I drove in from Lansdown (my tip if you driving in from the M4). I popped my son's bike to him and then went to park in the car park next to the Hotel. It turns out that my Disco was too tall to fit - so I got directions to a long-term car park "nearby".

As it happened Thursday night was the night they were turning on the Christmas Lights in Bath which made it that bit trickier getting over to the other car-park. Once I got there it was fine - Charlotte Street car park is a large open car park with barriers with no height restrictions. The walk back to the hotel was probably easier than the drive to the car park. It also turned out to be cheaper than the "special rate" available to hotel guests in the underground car park next to the hotel. Having my car in a remote car park and the crowds and restrictions decided one thing for me - I took a taxi to my meeting rather than struggle. The taxi driver was amazed (in his west-country accent) at how many Police Motorbikes and Police Horse-riders there were. Apparently something rarely seen in Bath. Perhaps it was because they had the Duchess of Cornwall helping to turn on the lights (or was it the impending spending cuts?).

I did half think that at the end of the evening I would go out with my camera and take pictures of the newly lit lights. But I was quite tired at the end of a long day and forgot. I was woken later on in the night by what sounded to be a drunken dispute by a man discovering the girl he was walking past my hotel with had a husband!

The next morning I skipped breakfast, thinking I would have a chance to take some pictures and find the place for my second meeting, which in my hurry I had not actually pin-pointed. I did know roughly were it was. On my way I stopped off to leave my bag in my car. I left the hotel around 8am and was surprised that the centre of Bath was not busier. Even the long-term car-park was pretty empty - although there was a street-cleaner picking up leaves. I took this picture after leaving my bag in the car. I was surprised how many leaves were still on the trees. 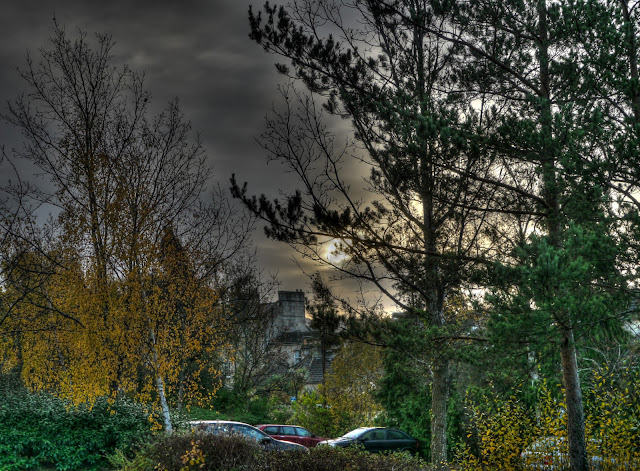 A close-up of those leaves. I have to be honest one of the reasons this picture is in the post is that I didn't take quite as many pictures as I had planned. 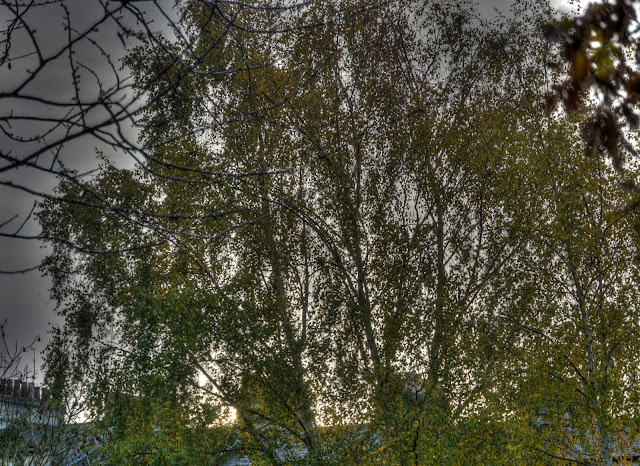 My route took me through Queen Square. I once had a job interview in that hotel in the background - I turned it down - those were the days. 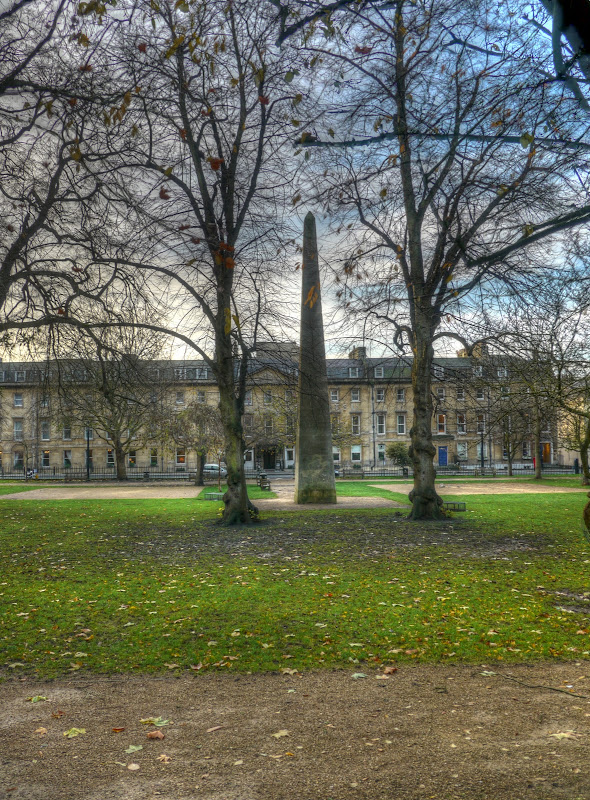 The Obelisk was to honour Frederick, Prince of Wales who never lived to be king. Looking at the picture when I got home I should have made the Obelisk more central - or at least gotten the knobbly tree trunk on the right a little more in shot. 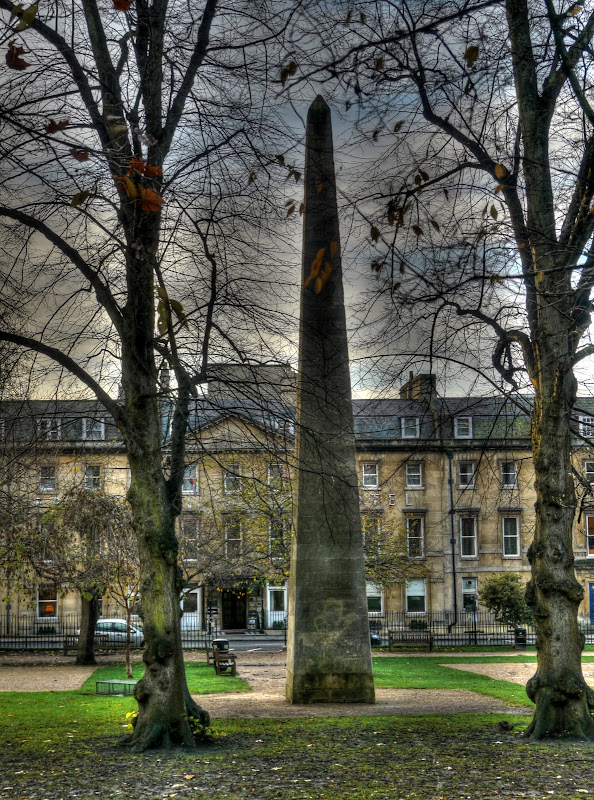 And that is it as far as pictures taken I'm afraid. I though at really ought not to be late for my meeting so I'd better found out where it was. Fortunately it was in the area I thought it was. I had a chance to catch up with my son over a late lunch and then it was time to head home.

Despite it being Friday when I returned to Cambridge the journey was not as bad as it might have been. I came back via Oxford and Bedford rather than take the M25 car park. It was not too bad, although I was surprised that I must have passed 3 small ish accidents. The cars did not appear too badly damaged, but Police were in attendance for all three.