Regular readers might have noticed that I have changed the Template for my blog again. You can blame Google, I got my Blogger Newsletter and had a look at some of the news features and that got me playing and before I knew it I had changed the Template. I have changed the photograph at the top and made it less wide. The blog is now around 1,000pixels wide, and best viewed at that width, but if you don't, the bits that shrink are the repeated bits such as the Profile and Archive links rather than the pictures. I hope you like it and see it as an improvement! I have also resolved, again, to re-read my posts before Posting them. On checking my older Posts to see how they look I have spotted all sorts of typos and odd sentence constructions. I am quite good at proof-reading other people's stuff - but really, really terrible at re-reading my own stuff - I apologise.

Good luck to all those doing the London to Cambridge cycle ride tomorrow (Sunday 24-7-2010) that includes you Tom. The weather forecast looks good and don't forget some sunscreen. I feel a little bit envious, in a good way, but have only got myself to blame (and the German Grand Prix). I must check to see whether the Oxford to Cambridge cycle ride (3rd October) clashes with a race.

Some good news and some bad news in the local press. There are plans to add 172 temporary cycle parking "spaces" at Cambridge Railway Station. Although the work will not start until after Christmas - so there is some time to wait. This is one of the three current cycle parking areas, another one will be added. I think that the Cambridge Cycle Campaign are to be congratulated on this - although they do not seem to get a mention in the press. 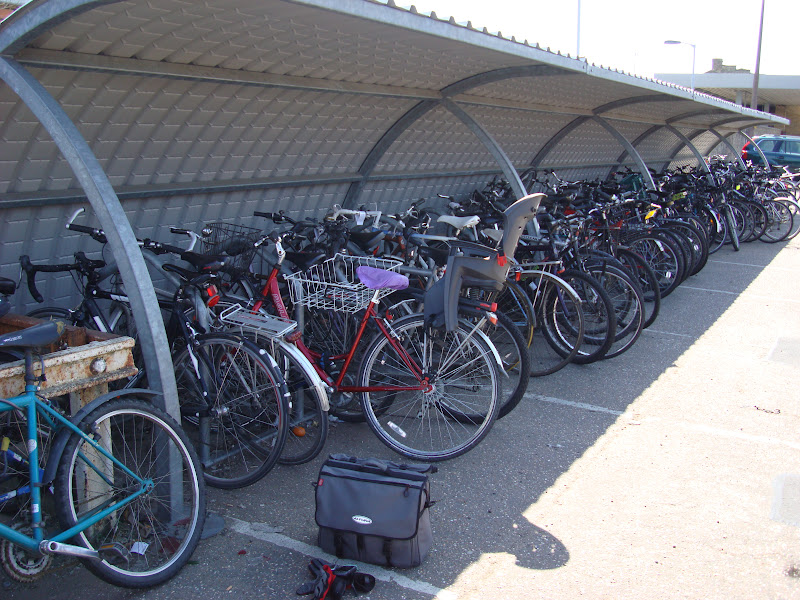 There is also to be a "clampdown" on illegal parking on footpaths along Milton Road. Given the reliance on the car as a means of transportation there has been a predictable outcry because it will have some impact on local businesses however there will be the creation of some parking bays. At the end of the day roads and paths are for the movement of vehicles and people not for parking. Such space has a cost and so why do we/should we expect to be able to spark our car/vehicle wherever we want?

Generally hit-and-run accidents involve cars hitting cyclists and then scarpering - so it was not good to hear of a "Boy,4, is left bleeding by hit-and-run cyclist". You should treat others as you would want to be treated. I am sure the cyclist in question would not want the same treatment.

Generally daily Newspapers are not particularly positive about cyclists and the coverage can be a bit one-sided. So it was interesting that the Daily Mail had an article on how to be stylish on a bike featuring bikes.

I had a meeting at the Quy Mill hotel today and was meeting a friend for lunch at Reach so my cycling was fixed - although most pleasant. As usual I set off a little later than I really ought to have and so was a little hot and sweaty on arriving at the Quy Mill - probably a good job we were able to sit outside.

The trouble is when you are late it seems to have a knock-on effect. So I found myself cycling out to Reach faster than planned. In fact i was planning on cycling via the various off-road tracks between Quy and Reach - but stuck to the roads for speed. In the end I was only a few minutes late - but again hotter than I would have liked.

On the way back I cycled at a more leisurely pace. I had my smallest camera with me and did manage to stop to take a few pictures as well. Although of the same thing. On the corner of Headlake Drove and Lord's Ground Drove the field of beetroot was being harvested. 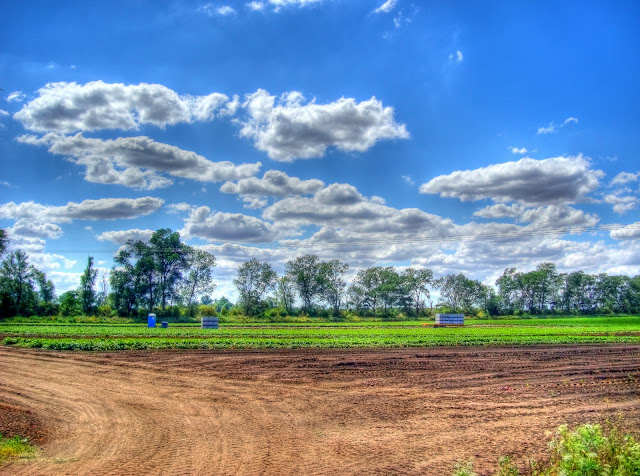 Although this was in early afternoon and there was clear evidence of some activity the fields did not have any people in them? 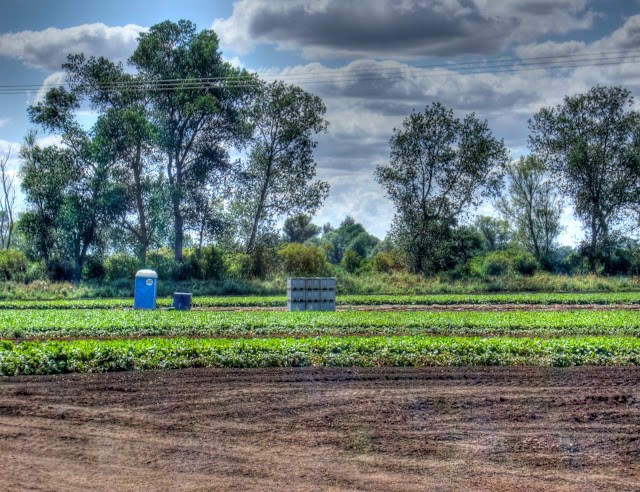 The journey back was really quite pleasant - sometimes a shorter cycle ride on a familiar route can be just as pleasant as a long run out exploring.