Yesterday was a rest day for the Tour de France as today they have a Mountain Stage and deserved and needed some time for recuperation. So I also had a rest day as I was feeling rather tired. In fact for some reason it would have been very easy for me to have a nap in the afternoon. I am not sure why, my cycling the day before was not very hard work, a sunny spin around the Fens. I had stuff to do, but was getting through it and I could have squeezed in an hour or so on the bike. But I cycle because I want to, because I enjoy it and it is physically and mentally refreshing. So I did not go out. Thinking about it I did go to bed early - perhaps that was the problem I got too much sleep. 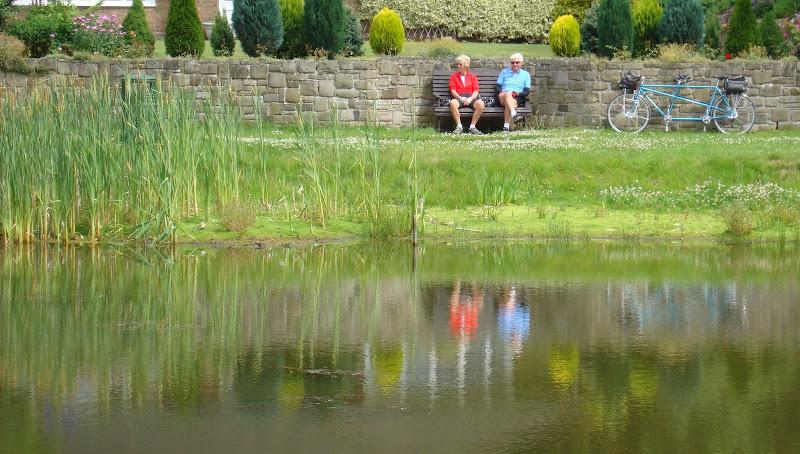 There is sometimes a fine line between lethargy and genuinely needing a little bit of rest and sometimes you can pay attention to your state of tiredness and sometimes you can't. When I go on cycling holidays there are times when the physical exertion does get to you, but on holiday your mental state more than compensates. The sense adventure you get from cycling in pastures new more than compensates. There is also the camaraderie when cycling with a group of like-minded people. Mind you different people cycle for different reasons. The first organised trip (Land's End to John O' Groats) I went on I had all sorts of misconceptions. There were all sorts of people with all sorts of cycling abilities.

As I keep commenting on the Cambridge News reports it seems only fair that I should mention that two of their employees are planning on riding from Land's End to John o'Groats on Saturday and aim to complete the the 900 miles in 6 days. When I did it took over 14 days - so it is impressive. They are raising money for a local Hospice - Arthur Rank Hospice.

I was also pleased to see that some improvements in the local rail system are being planned - "Regional rail link 'to boost economy and reduce traffic'". Apparently an £18m improvement to the railway lines around Ely will help to remove 750,000 lorries off Britain's roads by 2030. I am not sure what this translates to in terms of reducing the daily traffic on local roads such as the A14 or the A12 - but it sounds a bargain compared to the A14 upgrade of £1.3Bn. In the present financial climate all spending plans are being rightly reviewed - it was hoped that a second Cambridge railway station could be opened at Chesterton, with a planned cost of £21M. Alternative ways of funding this are being considered in "Bid to find money for new station" including looking at the £3M proposals of a local pro-rail organisation Cast.Iron. This group lobbied to re-open the Cambridge to St ives railway line rather than build the more radical Cambridge Guided Busway (CGB) using concrete tracks. Their website probably makes for uncomfortable reading by the Council proponents for the CGB - as the CGB program gets later and later and costs more and more.

And finally on a positive note - the Riverside Bridge on Riverside has one a couple of awards. When first planned it was anticipated that 1,000cyclists and pedestrians would use it daily - according to the report up to 1,900 cyclists use it daily. Now that is impressive and demonstrates how good infrastructure influences modes of travel. (One reason why I am against building bigger and better roads all the time - they just enourage more cars and lorries). 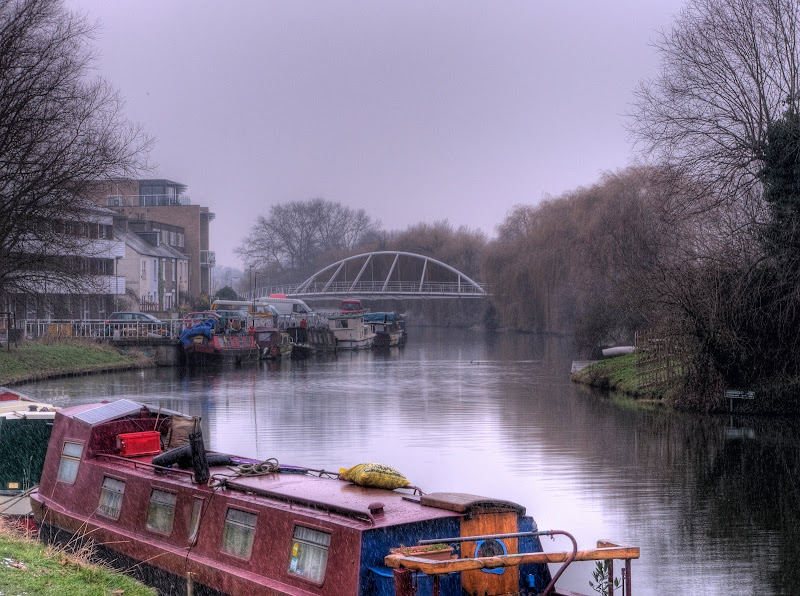