I was going to call this Post "tell me why I don't like Mondays", but I don't find Mondays too bad. I used to find taking holidays (vacations) had their stressful moments. The build up to a holiday means that you have to schedule your work around your absence, the three "d"s come in to play: doing, delegation and delaying. I always used to find myself doing more in the build up - both at work and at home getting things sorted and packed. Delegation takes time - it is the best approach - developing and trusting others - but it also takes time. Finally and inevitably there was always a bit of delaying - leaving stuff for when you come back from holiday.

The best length of holiday was three weeks - a week to decompress, a week of not thinking about work and then a week looking forward to tackling things with some renewed energy. However it was never easy to take three weeks and for me a return after two weeks was characterised with "PhD" - post-holiday-depression. No I don't mean clinical depression - but I felt down none the less. What is worse I enjoy my work and I knew that once I was back working it was fine. Actually the only problem was that the holiday almost felt as it if was but a fleeting moment that never happened. So why the philosophy - well yesterday for a variety of reasons I did not go out for a cycle ride. To be honest they were all excuses - I just didn't quite have the get up and go to get out and ride - it happens. 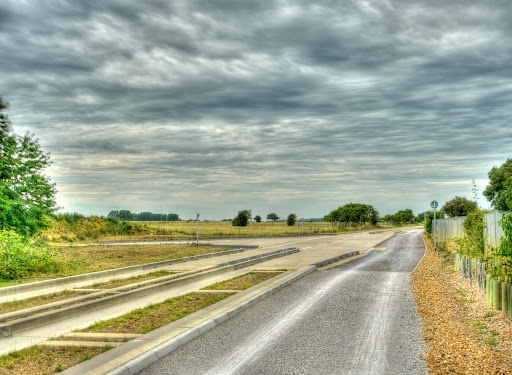 In the meantime (well Monday and Tuesday) there has been some more Cambridge Guided Busway(CGB) news - now if I were involved with that project, whether within the Cambridgeshire County Council (CCC) or the contractor doing the work I'd probably want to go on a long vacation and hope it miraculously gets sorted out before I get back.

As I have mentioned before I think that the move towards open government is to be welcomed, we the taxpayers pay for it, we elect our national and local government representatives so I feel that they have a duty to be open. Certainly things have noticeably improved over the years here in Cambridgeshire, whilst the Internet is one of the factors leading to the"open government" I do not think that it is the only one. The Internet does mean though that information can be disseminated quickly. The Cambridge News reports "Council could be forced to finish guided busway work" which implies that the Busway might not be ready until next year and that the Council might have to take on the responsibility of finishing the work. A few more clicks of the "mouse" (actually the pen on my graphics pad) and I can find the CCC Press Release which appears to be the source of the News report.

Am I the only one that thinks there might be more to this situation than meets the eye? This seems to be a battle of words with messages being sent via the press. However what would worry me, if I were the CCC, is what motivates BAM Nuttall to take the stance they are doing. If I were managing something like this I would go to the Boss of BAM Nuttall (the main company) and ask for their help in resolving the situation. I would also be considering what my legal options were. In fact I would use the stick and carrot approach - but ultimately I would consider what possible scenarios there might be and would have a plan and drive to it too resolution. It might just be me but the approach the CCC seem to be using is more "wait and see" - and the response is "see and wait" from BAM Nuttall.

There really must be more to this that is at first apparent - surely?

I am a regular reader of Crap Cycling and Walking in Waltham Forest and today's Post absolutely rung a chord with me. The author discusses some newly constructed chicanes as part of a traffic calming scheme. My belief is that such schemes are actually more dangerous for cyclists and serve to push them onto other routes - so allowing the motor traffic to drive more quickly - counter-productive or what. His blog also reports on a Department of Transport study on the effects of road narrowing - which supports my belief. The report's authors recommend by-passes for the cyclist - where such constrictions occur. They have not seen the "by-passes" in Cherry Hinton - if you follow the link you will see a narrow bypass with high kerbs on each side - the kerbs themselves represent a danger to the cyclist - but what is worse the bypass dumps you back onto the rad where the traffic island constricts it!!!

What annoys me is that the Government talks about evidence-based decision making - but there is little evidence of this being used on the roads as far as provision for cyclists and pedestrians is concerned.

The Blog also pointed at another interesting blog by a cycling lawyer whose analysis has both cycling and legal insight - worth a read.

Finally a report on a head-on crash involving cyclist and car - it appears that a car hit a cyclist head on - the car was overtaking parked cars at the time. Why highlight this - well in my experience most car drivers use their cars to bully cyclists into giving way. Some might claim they did not see the cyclist, but I have had drivers deliberately drive towards me on my side of the road and my right of way knowing that ultimately I will get out of the way 'cos I don't have a tin can around to protect me.