A Loop from Cambridge to Ely Part 2

Normally I do not bother to put in a picture or BRT link of the map of my route in a multi-part post, but it makes it easier for me to reference it and I thought that it would probably be the same for readers of the Post. Instead of referring to the map on another Post you can just scroll up. In part one I was mid-way between Aldreth and Haddenham (slightly random links, but I try not to use the same ones all the time.) The route then joins the A1123 briefly - downhill into Wilburton. Where I ended up cycling alongside Grunty Fen and the site of the Old Station. Although an A road it is not bad. Looking at the map I could have taken a track, the Hinton Way, direct from Wilburton to the old Station. I cannot find anything (Webwise) quickly on the Hinton Way, but I did find that someone I know lives on the road part of Hinton Way in Wilburton. The way North passes a Scrap Yard and Traveller's Site before passing through Wentworth and crossing the A142 and once again climbing up to Coveney, it is only 13m above sea level so is not much of a climb. Although whenever I cycle up there I think I must be getting fitter as the hill never seems as bad as it looks. Unfortunately it is not as bad as it looks. 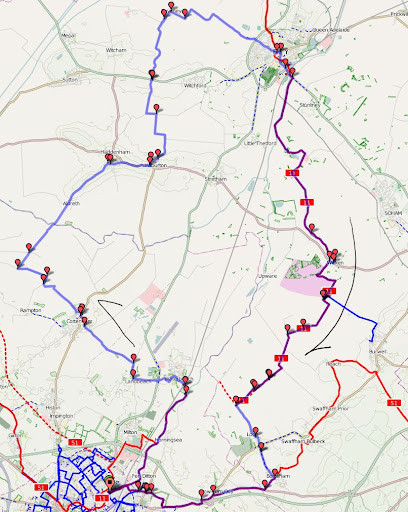 There are a whole bunch of byways in the area, I really must give them more of a try. I have been on some of the byways a bit further west between Witcham and Wardy Hill but found them hard going. This is the view from the top of School Lane in Coveney, looking towards Ely Cathedral (at full zoom). 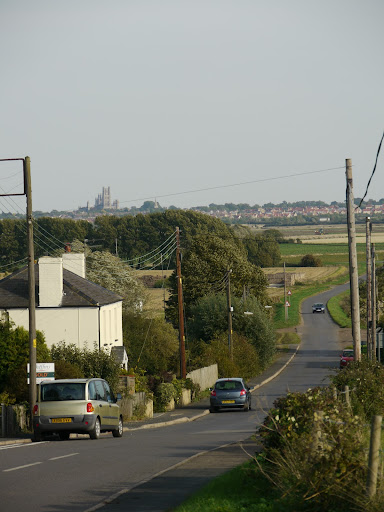 This is taken from the same spot at minimum zoom. You can also see that Coveney features on the National Byway - the brown sign under the road signs in the middle. . Well actually there is a website and apparently one hundred miles of Byway have been signed in Cambridgeshire by the County Council. Apparently "We cannot publish the regional map until the rest of the work is completed, mainly in Essex, which we are hoping to achieve by the end of next year." I still think this is rather cock-eyed, Sustrans publish their routes before they are developed and they also publish bits of routes, even when they go "nowhere" such as the NCN 11 up the River Cam. If 100 miles exists in Cambridgeshire then they can be used regardless of what is happening in Essex I would have thought. I am a bit late on this - the Open Street Map organisation has recognised the lack of an Internet map of the National Byway (and only limited paper maps) and see it as a challenge. (The limited Wikipedia entry indicates that there is still some way to go in terms of making cyclists aware.) 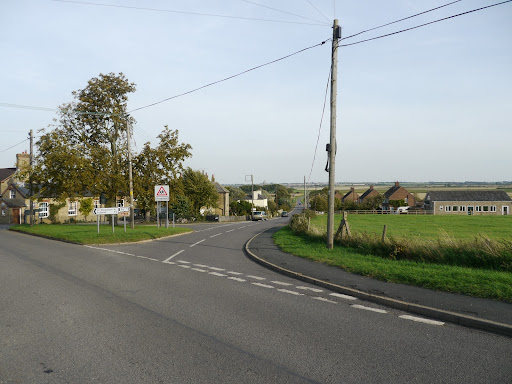 There are a few farms and houses on the road between Coveney and Ely including Frogs Abbey, Ebenezer and Hale Hen Farm - they don't allow any sickly hens there. This dilapidated building is part of West Fen Farm. 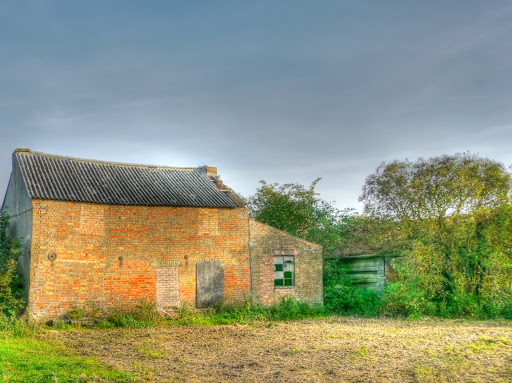 The same building from the "front". I guess that as farms became more intensive and reliant on machinery the need for (and cost of) farm labour dropped. If you don't need labourers on the farm then you also don't need farm cottages for them to live in. It seems a shame given the lack of housing (particularly affordable housing) in the countryside. 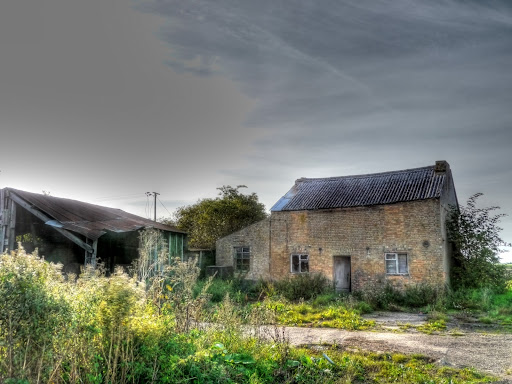 I like Ely and have blogged about it before so this time I just cycled on through. At the time I went through the traffic was backed up on the Bridge Road (A142), and you can see why if you follow the link. Although there is a bridge to allow road traffic to pass under the railway line it is not a tall bridge so a lot of vehicles have to go over the railway line and if there are trains they can block the road. The bridge suffers from vehicles "bashing into it". The good thing about the traffic being backed up is that it makes it a bit easier to cross over to join the NCN11 route alongside the River Great Ouse (aka Fen Rivers Way).

This cycle route has its own bridge under the railway line. This line is the spur from Ely to Bury St Edmunds. the bridge originally used just go over the River Great Ouse and people using the footpath/cycle path had to cross the line by means of some gates, however there was a train crash on June 22, 2007 when 11 waggons were left hanging over the old bridge - Hawk Bridge. It has since been rebuilt and the footpath/cycleway now has a route under the line - seen here. Unfortunately there is also the rather predictable arrival of graffiti. 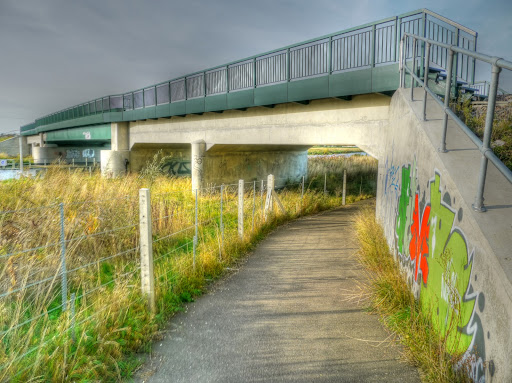 As I was taking the pictures a goods train passed through. Lets hope we see many more of them. There are plans to do some improvements around Ely to "Boost rail freight" with the addition of two 775m rail loops to the east of Ely.

There are some cows up on the hill in the background. There are not so many Pastoral and Mixed Farms in this area compared with Somerset where I grew up. It is good to see cows around in the fields and not just on the Commons :-) 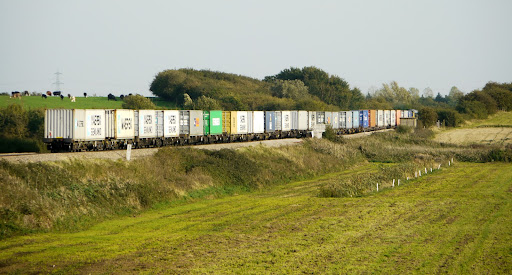 This is the NCN11 path as it runs back towards Barway and then to Wicken Fen. I sometimes cycle out along the NCN51 to Burwell and then NCN11 to Ely and back because so much of it is away from traffic, despite the fact I prefer not to cycle there and back by the same route. 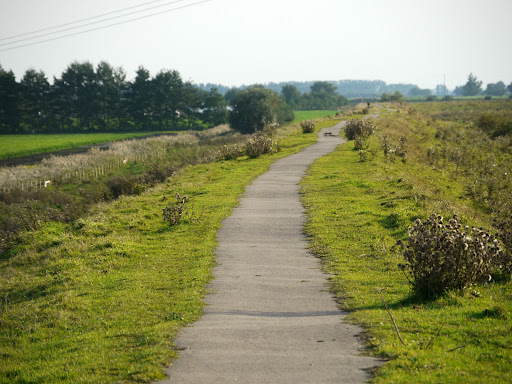 Of course with the Lodes Way now open I took that route back through towards Bottisham before joining NCN51 for the final run into Cambridge. The view from the footbridge over Burwell Lode. There seemed to be some brief rainbow arcs each side of the sun, although at some distance. I caught the reflection of one in the Lode in this picture. You can just about see the tinge of colour both in the sky and reflected in the Lode. 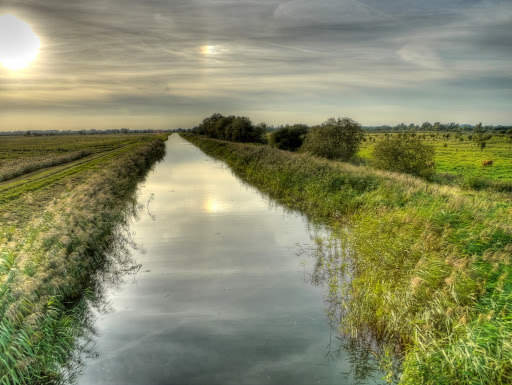 A picture of Reach Lode from the new bridge recently opened. 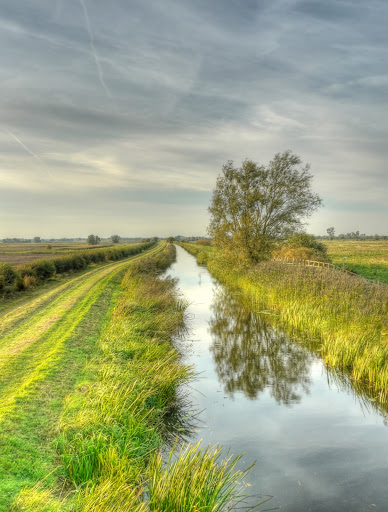 The route home, give or take a few kilometres. I passed a couple of cyclists, both looked as if they were commuting rather than out for a jolly like me. I rather like the way, in the picture, that this path invites the cyclist to carry on, even though I know exactly where it goes. 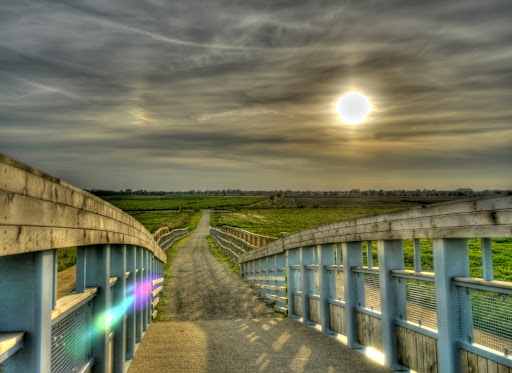 I mentioned that Headlake Drove was due some roadworks and road closures and that Andy commented that it was still ok for cyclists. Indeed it was. Mind you the roadworks were still going on past 6pm, I Can't quite remember exactly when I went through. No doubt about these guys were grafting to get the job done - mind you they were happy enough for me to go through - one even warned me about the stingles (stinging nettles) in the grass as I was wearing cycling sandals (no sock of course). 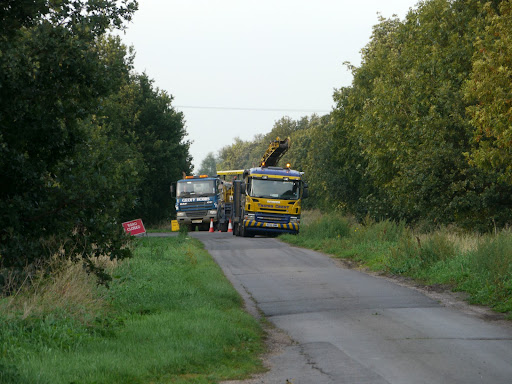 Yet another bridge picture, this time taken from the bridge over Swaffham Bulbeck Lode just before entering White Fen (still part of Lodes Way). It looks as if there is a bit of Lode bank repair taking place. 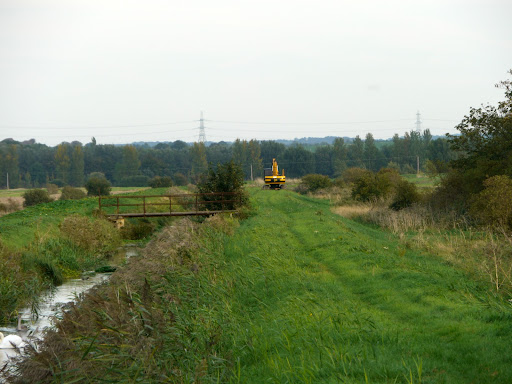 What was that I said about cows on Commons - there were cows on Stourbridge Common as I passed through - a good job I was on the safest form of transport and didn't have a dog with me. 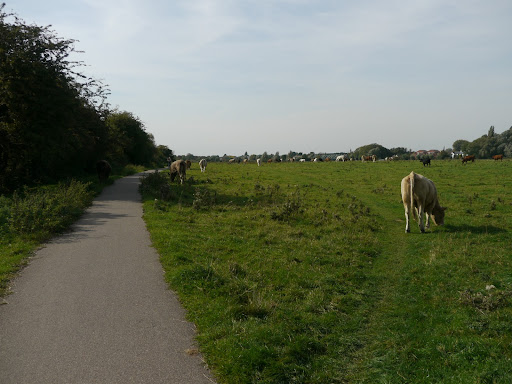 When I checked the OSM cyclemap after getting back I noted that they have already re-routed NCN11 on their map onto Lodes way and no longer through to Burwell and NCN51. Phew that was fast work. Although the signage in the area does point from Wicken Fen down Factory Road to Burwell (and NCN51). I would like to see the various Lodes way local routes on the excellent OSM Cycle map, both to (re)claim the roads for cyclists and to encourage cyclists to explore the area. By the way there is an excellent Team room in Burwell By Jove! Tearooms. (Although I confess that the time I went I was in a car :-(

One other oddity I have noted is that when using BRT to route a cycle ride along Lodes Way it goes wrong at the new Reach Lode Bridge and routes around another footpath. My work around is to turn off auto-routing and then switch it on again after "crossing the bridge, actually it is where paths cross on the eastern side of the bridge.