What with the opening of the Lodes Way, a couple of days in Bath and a couple of days in London (although I commuted) I have gotten behind on commenting on local news related to cycling. Several items have stacked up on my browser page. When I see something of interest I tend to leave it hanging (on a tab) and then once I comment it I delete it. At the moment I have around 16 pages open, which is quite high.

This works except for when I have to re-start my computer after OS upgrades or re-start my browser. I use the Beta of Chrome version so tend to get the newer features on offer slightly early and Google's Beta is better than many a Software Companies Final version. The current version of Google chrome is 6.0.472.59 and got upgraded today, or at least I was back at my computer to see it get updated. Mind you if you close Chrome in one go it will allow you to re-open all the closed pages the next time you open it.

Anyway after the Lodes Way opening there have been several reports of other Cycle path "good" works in the area. Sustrans 11 around New Bit (Newnham), Vicar's Brook and Coe Fen is getting £150,000 of works to do some widening, resurfacing and repairs. Although the Cambridge News highlights the curbing of cyclist-pedestrian clashes in its report of the work.

It was also interesting to see that another Fen landscape is to be restored, opening it up to walkers and cyclists, near Huntingdon. More information can be found here with a map in this pamphlet on page 4 (pdf). The area is between Huntingdon and Peterborough. If your are interested in life on the Fens then there is a short film produced by the Field Theatre Group in Littleport.

Talking about life in the Fens one of the things I have seen a couple of times is where tall vehicles have crashed into the railway bridge over the A142 into Ely just near the Railway Station. Apparently it has been "bashed into 16 times in the past year" including this report of a van driver getting stuck for 4 hours.

I also missed a visit and talk by Dr Ian Watson from Bath University on the "great cycle helmet debate" - a couple of sound-bites "Even if helmets saved all 100 lives, it is peanuts compared to the 40,000 people who die each year from lack of exercise". (A reference to the 100 cyclists killed per year in traffic accidents.) Also "I hate the way this issue shifts the responsibility from the driver on his phone, who has not been playing attention, to the cyclist who is hit".

As is difficult to ignore, the UK, like many other countries has a debt problem and many public programs are subject to a spending review. So it is unsurprising to see that Cycle schemes are under review. I do feel that we cannot just spend our way out of the recession and that we have some serious decisions to make. However I think we cannot ignore that structurally we cannot just keep pumping money into roads and ignoring things such as the "obesity epidemic" and the need to live a more sustainable lifestyle. (But I am biased!)

Perhaps one of the reasons I feel particularly annoyed is that I cycled to the station on Wednesday to catch the train to London. I left plenty of time as it was very windy and fortunately arrived at the station around 5.0pm for the 5.15pm train. I had expected to be able to lock my bike up easily - no such luck. There are three main areas with cycle stands - this one in the car park - full. 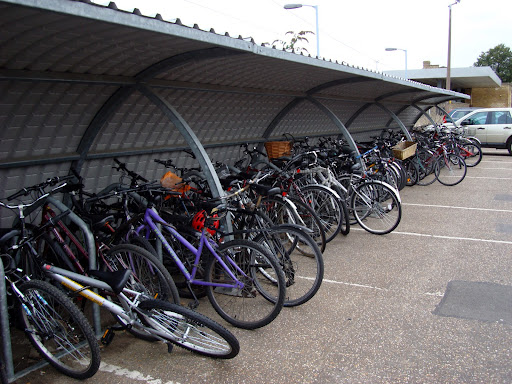 Although just behind that cycle stand there were two car spaces with a few metres - that annoyed me some more. 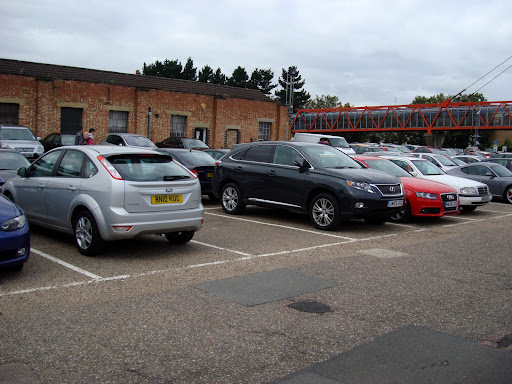 This is the cycle park by Station Road, as you can see it is jam-packed. 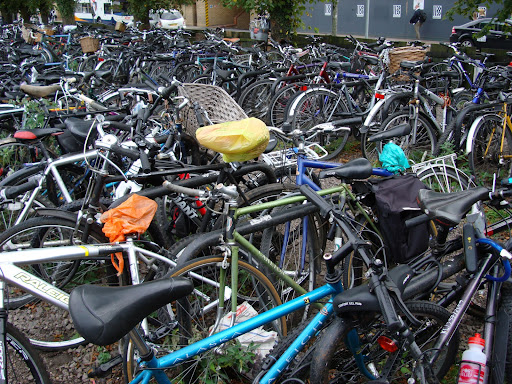 This is a grotty cycle park by most standards - bicycles are crammed together and the paths are very thin and even wheeling the bike through is tricky. (I have a bag on the back of mine.) Fortunately there were a few school students returning home and this one left me a space. So I caught the train. 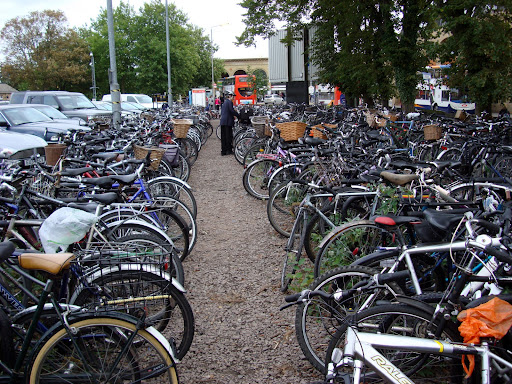 Walking to the Station entrance I passed some clear evidence that there are just insufficient cycle spaces. This leads to bikes getting damaged and bits of bike being left to get trodden on and block the place. 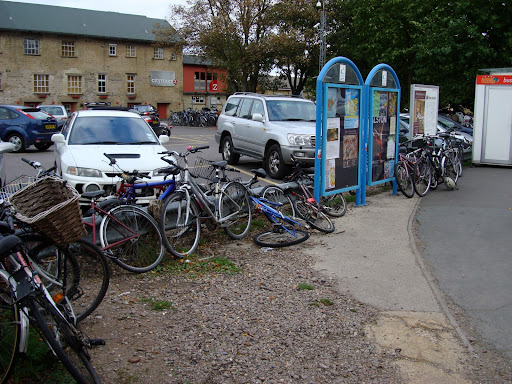 A few new spaces have been added since the last time I used the cycle park - too few - jam packed. 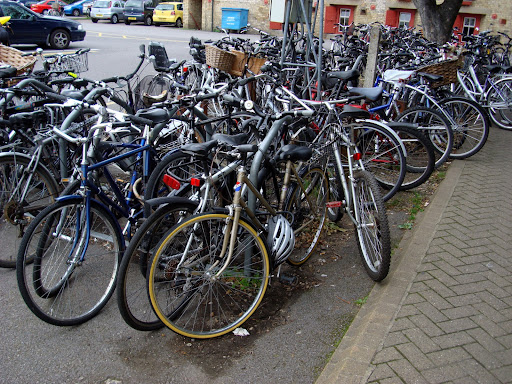 The "main" cycle park in front of the station under the trees - jam-packed. 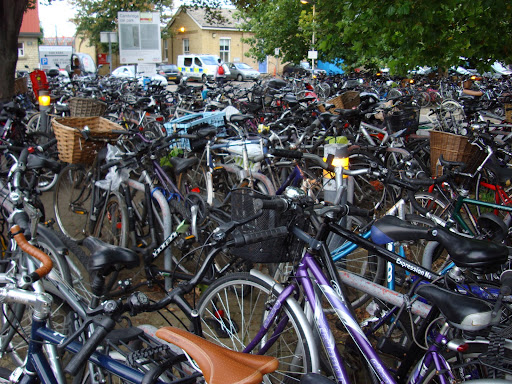 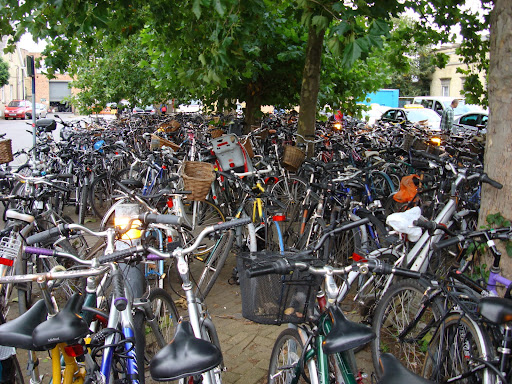 This annoyed me so much then when I went to London today (Thursday) I drove in, at least I could get a space to park - which if you think about it is crazy.

And finally - the Real Cyclist is off - he is going on a jaunt and will not be updating his Blog.