September 22: Being a bit of a Plonker I managed to delete some of the BikeRouteToaster courses that I had entered to provide links in my Posts to the rides. What happened is that I put in yesterday's ride, but for some reason no elevation data was recorded. Apparently a thrid-party is used ot provide that data and it is not always available (to BRT). so this morning I deleted the track in order to re-do it in the hope that the elevation data would then be added. Unfortunately I did not get that far, I deleted the route but it did not seem to delete. So I clicked it a few times onlytto find that I had deleted several routes.

So I went back to fix them and in doing so found that my Offline Editor (Zoundry Raven) wanted to republish the pictures and then effectively delete them from the Post. So I then added the pictures back in by using Picasaweb links. I also found Picasaweb would not show me all my stored pictures either - surely Google aren't having problems with data as well.

The plonker is the one on the left wearing the dunce's cap! 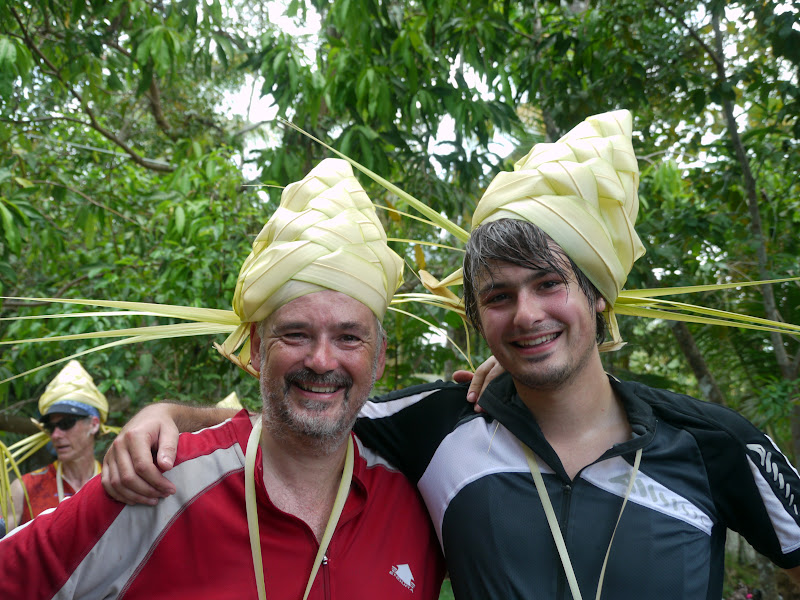 Anyway I think I am back where I started. So the Posts should have pictures and the BRT links should work again. (Although they will be different). I will more calmly do the Post for yesterday's 80Km/50mile ride when I have some time.

I now have a choice - to go to a meeting by car or by bike - but unlike the fantastic weasther we have had over the last couple of days it is raining. Decisions, Decisions.